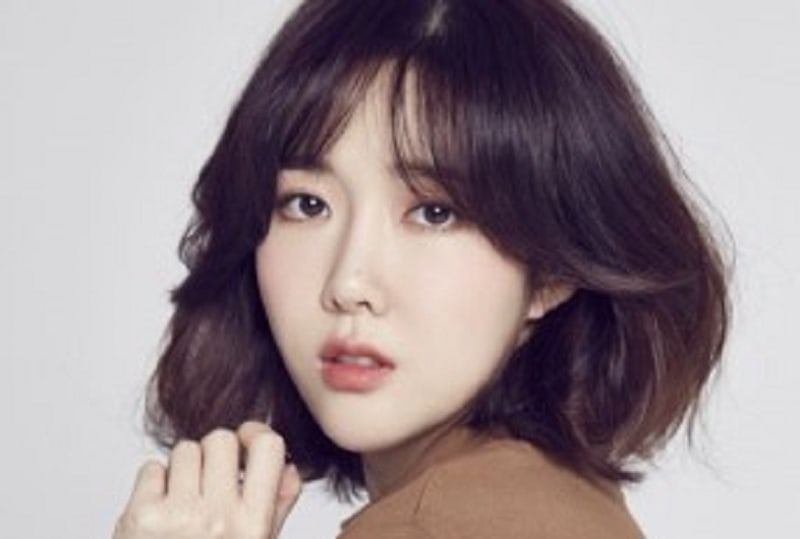 Actress Jo Seung Hee experienced a very busy 2017, starring in the web drama “109 Strange Things,” SBS Plus’s “Wednesday 3:30 PM” SBS’s “Bravo My Life,” and OCN’s “My First Love.” Despite filming four dramas in a single year, Jo Seung Hee revealed she was happy to be promoting actively. The idol-turned-actress recently sat down for an interview where she talked about her departure from DIA.

Seung Hee was first asked about being known as an idol-turned-actress, having promoted as a member of F-ve Dolls and then DIA. She commented, “To be honest, before I was an idol, I had the opportunity to appear in a daily drama. However, I turned down the offer and decided to join F-ve Dolls. I had a great desire to act though, so I tried to act even a little bit during the breaks between our promotions.”

She continued, “Since I didn’t have much popularity before, people who search me up now after first seeing me in ‘Bravo My Life’ or ‘First Love’ may think, ‘She was a girl group member, but she’s acting now because she doesn’t have anything else to do,’ which is disappointing. I think I need to work hard to overcome the implications of that title. I want to work hard so I can instead hear things like, ‘I looked her up because she’s good at acting, and realized she started off as an idol.'”

However, when asked to score her acting, Seung Hee gave herself just two points. She candidly remarked, “I think I have to do 100 productions to achieve 100 points. ‘Bravo My Life’ and ‘My First Love’ are the first two productions I thought I did properly, so I want to give myself two points.”

Jo Seung Hee was then asked why she left DIA, to which she explained, “I was promoting as F-ve Dolls, but the team disbanded. After that, I returned to being a trainee for one and a half years. Even if I did a broadcast as a celebrity one day, I would have to complete a monthly evaluation as a trainee the next day. I was able to debut again through DIA, but since I had an identity crisis for a long time, I fell into a slump. However, I was the leader at the time and didn’t have the personality to express my concerns, so I took on the difficulties by myself. I was unable to overcome my slump, and I thought I would be a hindrance to my company and the members whom I love if I continued to promote with DIA like this. My contract also expired at the time. So I left my company, finished the drama I was originally scheduled to do, and then rested for about a year.”

Jo Seung Hee continued on to explain her reason for deciding to continue as an actress. She revealed, “My slump was so severe that as I rested, I didn’t even think about the possibility of promoting as a celebrity. I cut off all contact with people in the entertainment industry and prepared for a sommelier certification. I received a lot of offers during that time, but I rejected them all.”

“I then received an offer to appear in a web drama being produced by the government and decided to accept the role after thinking I should have fun at least once. I think that production became my starting point. I experienced the fun of acting while filming that drama. I thought, ‘That’s it. I have to act. I can’t avoid it.’ So I decided to come back. Since I started after resting for a while, I have no regrets. Since I have a lot of ambition regarding my work, I don’t think I will have a slump anytime soon. My break was a good time of rest,” she added.

When asked if she missed her days as a DIA member, Jo Seung Hee replied, “It’s not like that. If I didn’t quit then, I think I would have had a harder time instead. Because I love music and performing so much, a regret I do have is that I’m no longer able to perform on stage. The energy you receive on stage is great and charming. The time I spent with DIA was a happy one, but I’m really glad I’m now able to act, which is something I love. I’m happy that I’m doing what I want to do.”

Finally, Jo Seung Hee shared her future goals, saying, “It would be nice if the public recognized that I am an actress who is serious about acting. I am studying a lot and working hard at acting, so I want to be recognized for my efforts. I also want to be remembered as a lovely and friendly actress.”

DIA
Jo Seung Hee
How does this article make you feel?