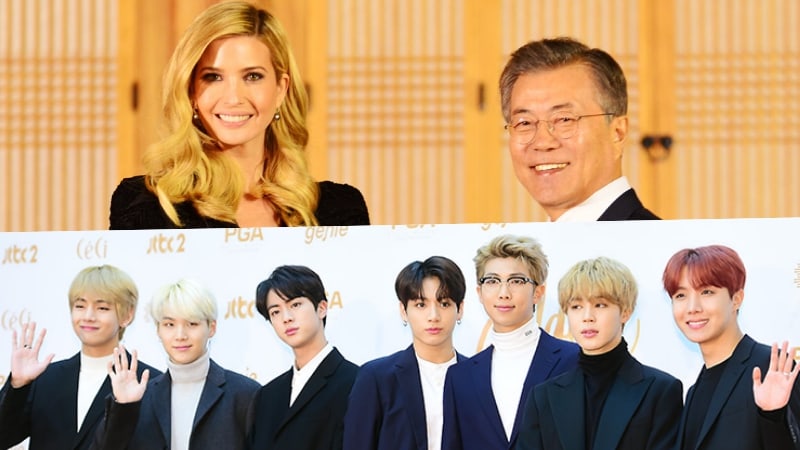 On February 23, Ivanka Trump attended a dinner at the Presidential Blue House in Korea, where she told President Moon Jae In that her children have recently become K-pop fans.

According to Blue House spokesman Yoon Young Chan, Ivanka Trump said, “After I showed my children K-pop, they’ve been holding a dance party every night.” She went on to add, “I’ll teach my children Korean so that next time [we visit], I can have them sing K-pop in front of you and your wife.” 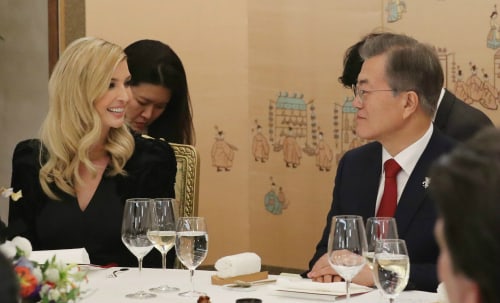 Ivanka Trump is also said to have specifically mentioned BTS while discussing her children’s new love of K-pop music.

BTS
XPN
Moon Jae In
How does this article make you feel?