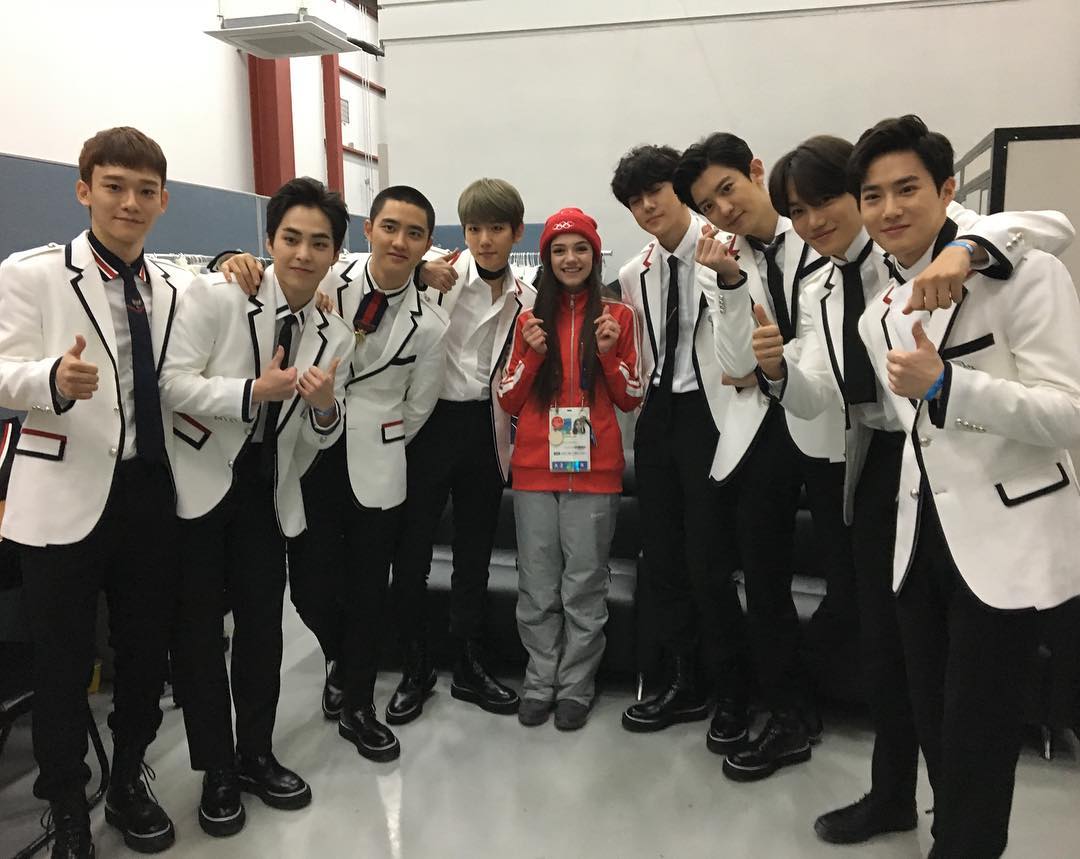 The 2018 PyeongChang Winter Olympics are sure to be an unforgettable memory for Russian figure skater Evgenia Medvedeva, not just as an athlete but also as a fan!

Evgenia Medvedeva has not been shy about her love for idol group EXO. In an interview during the Olympics, she spoke about how EXO inspires her and also expressed her hopes to meet the group while she’s in Korea. The idol group had reciprocated the sentiments, with member Baekhyun stating in a phone interview that he would love for EXO to meet her if they had the chance.

With both EXO and Evgenia Medvedeva hoping to meet, their wishes became a reality on February 25, the last day of the 2018 PyeongChang Winter Olympics. EXO was there for their closing ceremony performance, as well as for the meet and greet event they planned for the athletes who participated in this year’s events.

Evgenia Medvedeva posted a photo of their meeting on her Instagram account with the caption, “Dreams come true,” as well as the hashtags, “#EXO, #EXOlympics.”

She also shared a photo of a signed “EXO Planet #3 The EXO’rDIUM dot in Seoul” DVD she received from the group, which included the message, “Be careful not to get injured and always be healthy!”

What an unforgettable moment for both Evgenia Medvedeva and EXO!

EXO
2018 PyeongChang Olympics
Evgenia Medvedevа
How does this article make you feel?