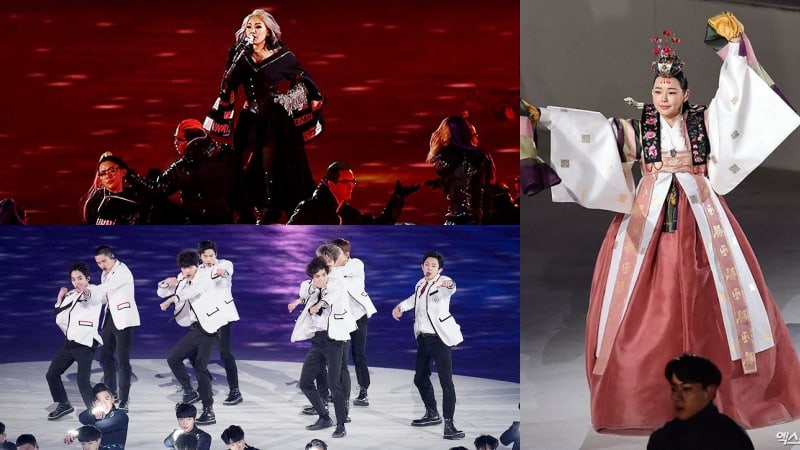 The 2018 PyeongChang Winter Olympics came to a close on February 25 with an unforgettable closing ceremony. Not only did it feature technological advancements like drones forming in the shape of Suhorang, the official mascot of this year’s Olympics, but some of K-pop’s finest as well!

CL made a charismatic and fierce appearance and performed “The Baddest Female” and 2NE1’s “I Am the Best.” The crowd sang along to the chorus of “I Am the Best” as she wowed with a performance that incorporated torchlights.

CL originally made her debut as a member of 2NE1 in 2009, and the girl group took K-pop by storm with hits like “Fire,” “Lonely,” “Go Away,” and “I Am the Best.” The group went their separate ways in 2016, and CL has been mainly focusing on a solo music career in the US since then. She released her first solo single “Hello Bitches” in 2015 and her album “Lifted” in 2016, also stating that she hopes to take on more challenges as a musician in 2018. 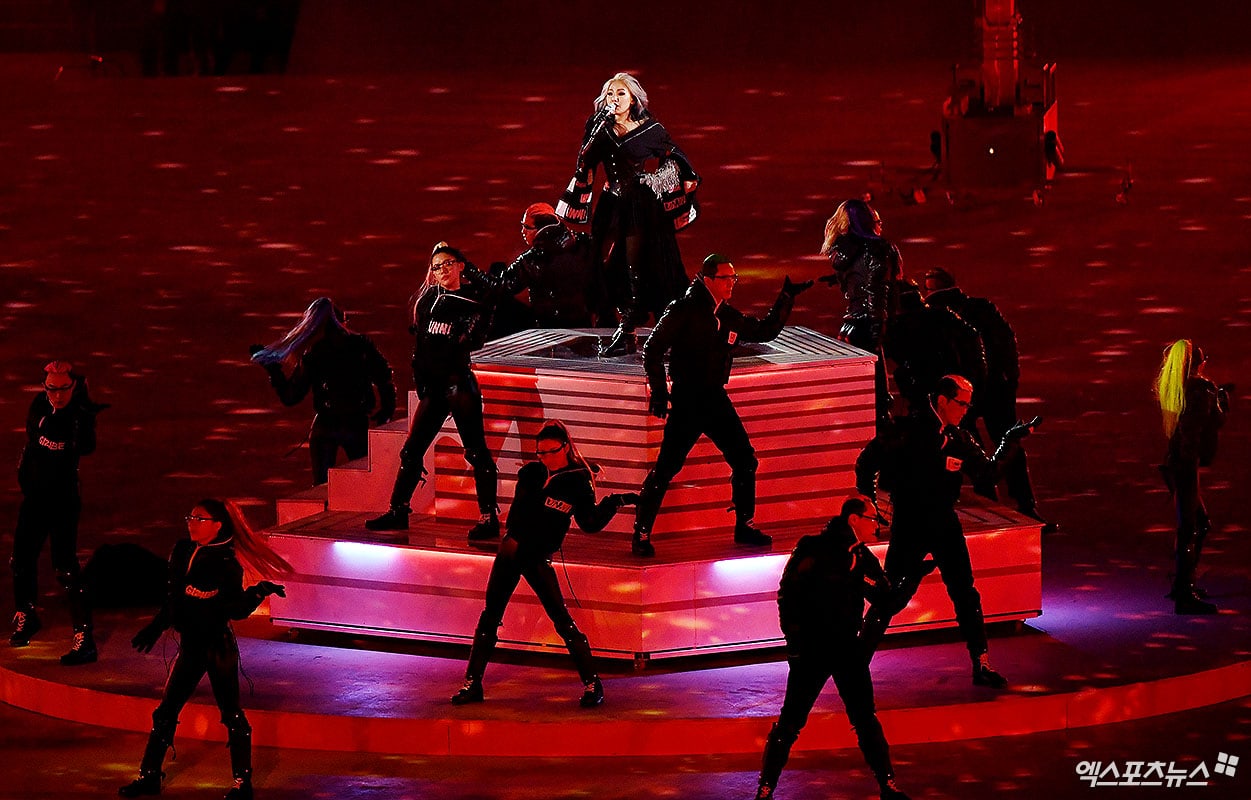 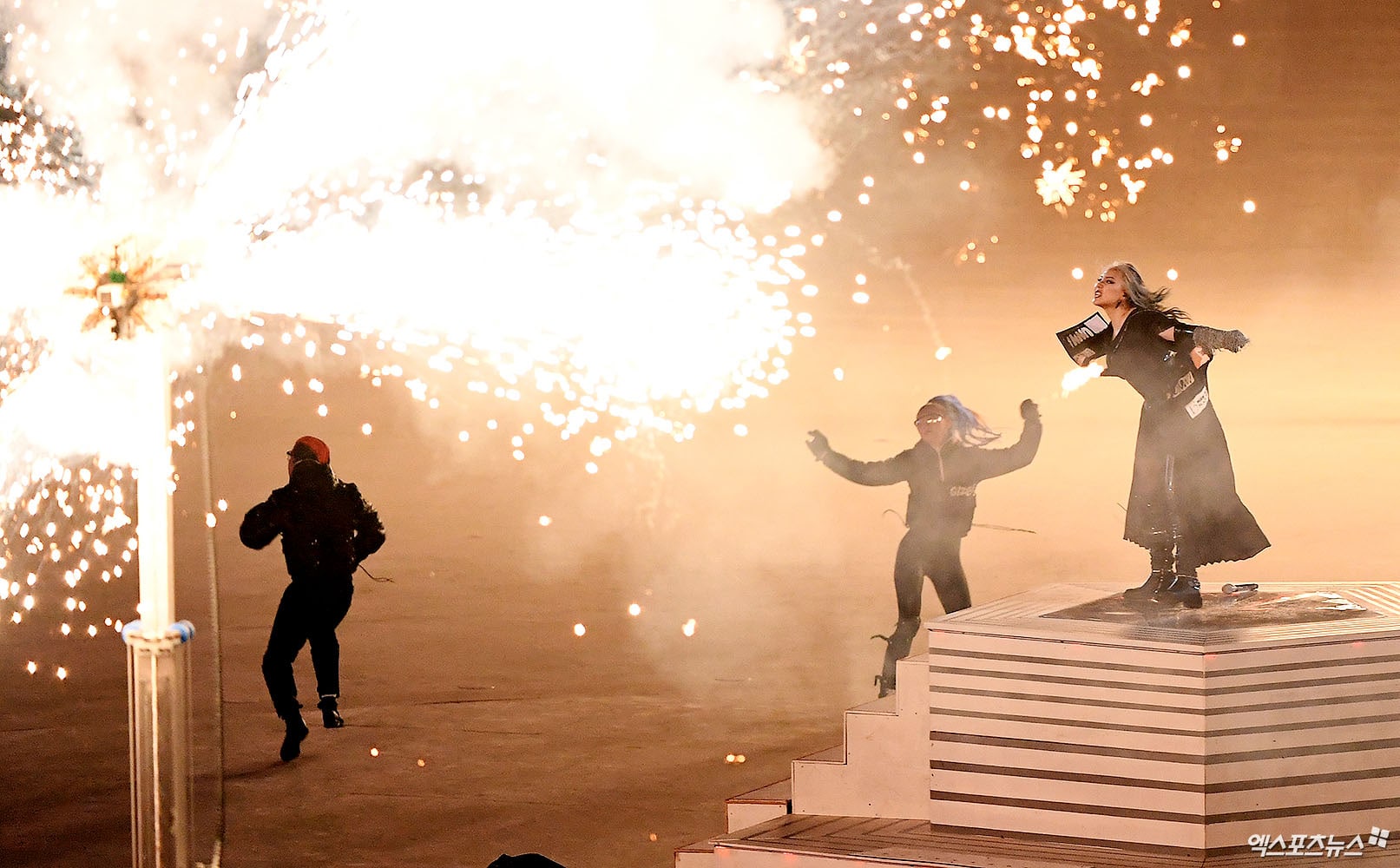 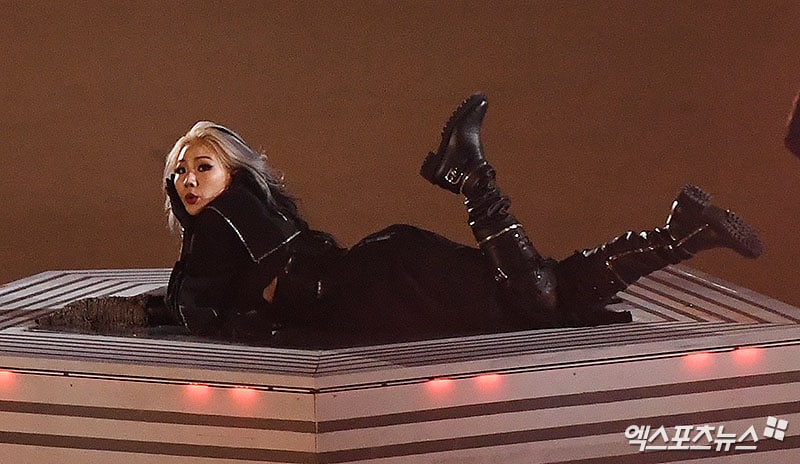 CL – break dance + a bit of TBF #CLatTheOlympics
cr: gguggu79
her entrance!!! what a queen pic.twitter.com/YvcRLAdv4z

Kai was first up for EXO, performing a dance routine to an instrumental that mixed together the sounds of a kkwaenggwari (traditional Korean gong) and an electric drum beat. The other members of EXO arrived soon after and they performed “Growl” and “Power,” and had the stadium dancing along to the energetic songs.

EXO debuted in 2012 and has risen over the years to become one of K-pop’s representative groups. They have released popular songs like “Growl,” “Overdose,” “Love Me Right,” and “Ko Ko Bop.” The group has also performed at many international events to represent their country, earning them the nickname “Nation’s Pick,” with member Baekhyun even performing the national anthem at the opening ceremony of the 132nd International Olympic Committee session. 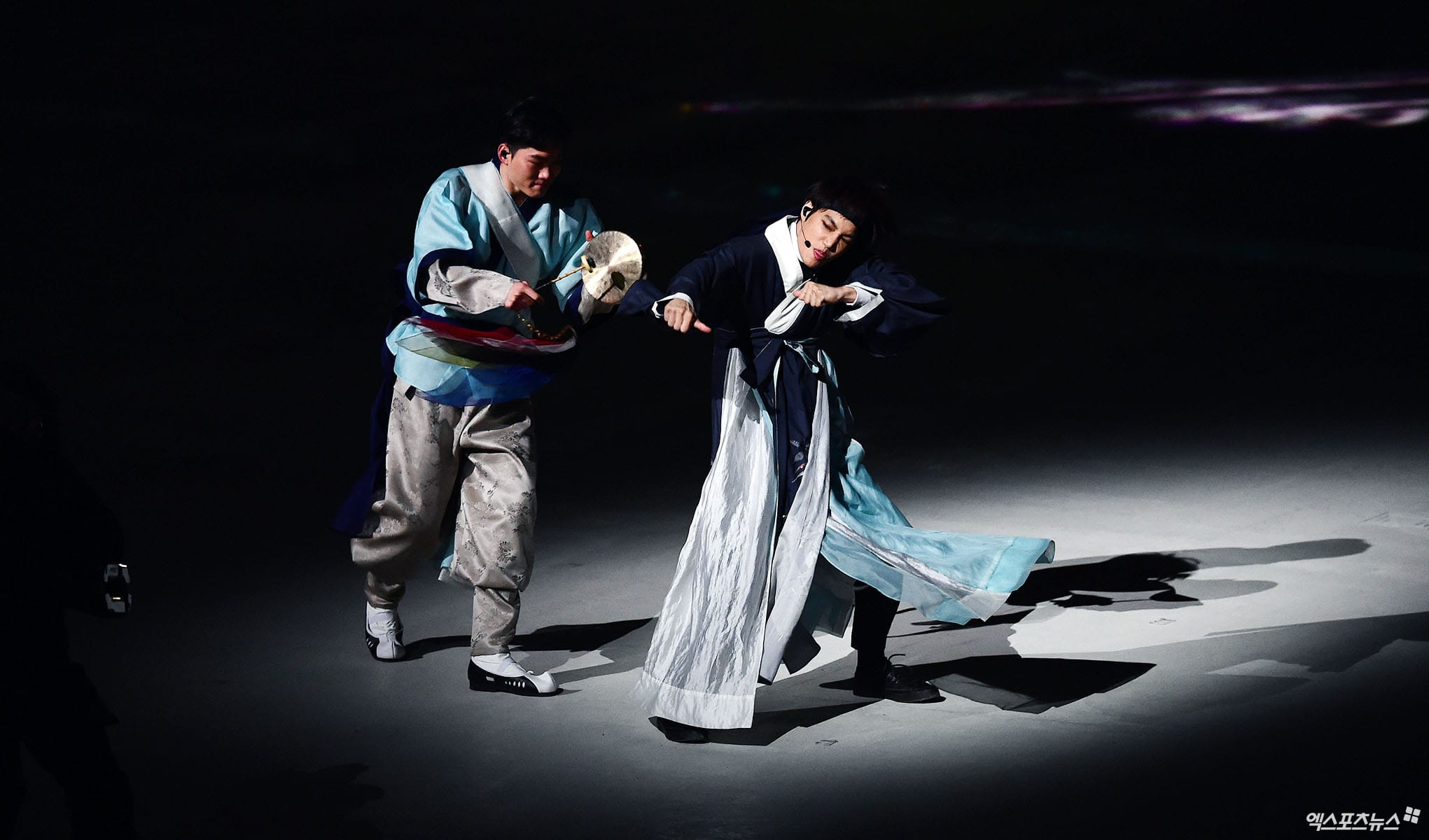 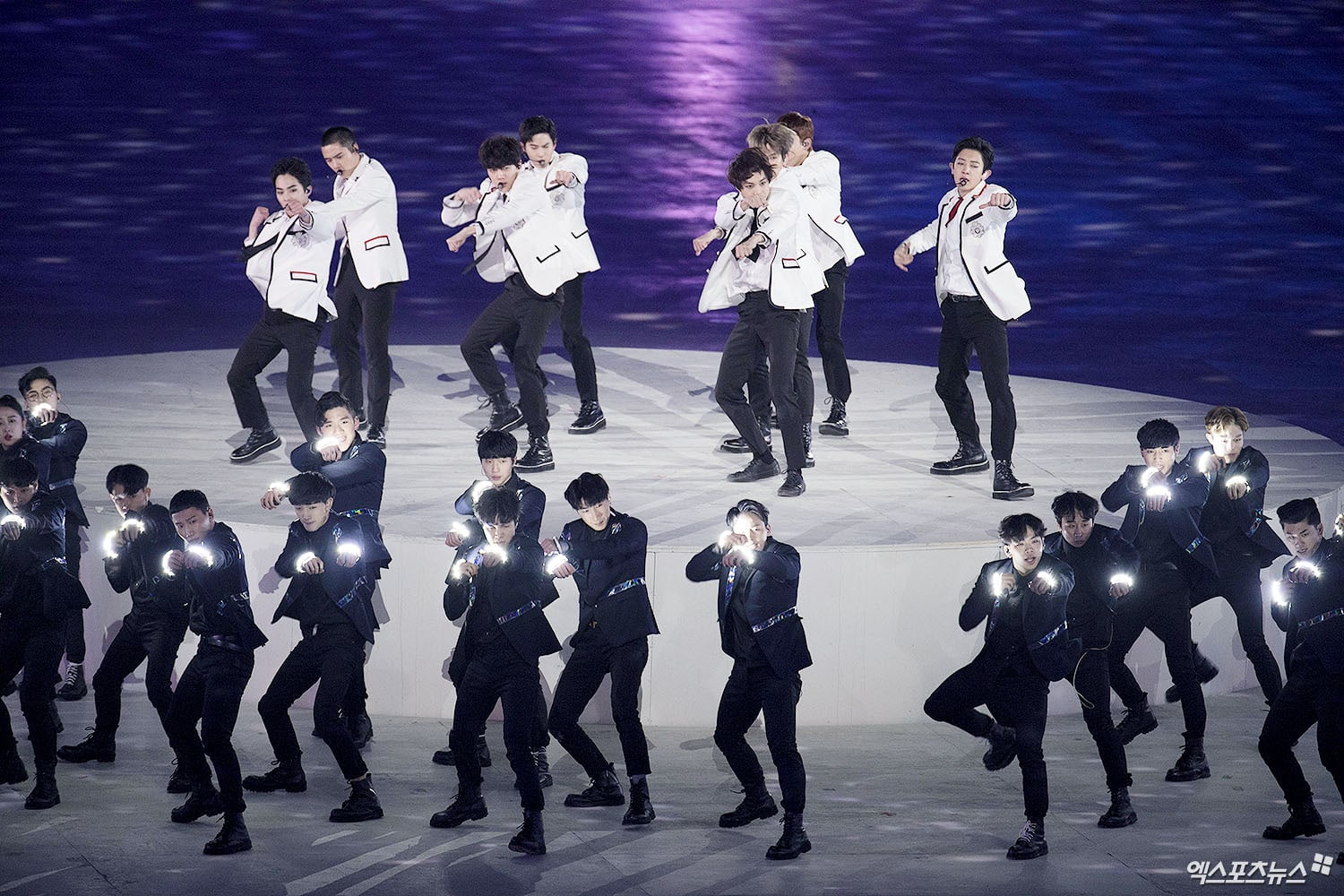 Power Remix never disappoints. I’m 100% sure it hyped the crowd and the people watching it. #Olympics_EXO @weareoneEXO pic.twitter.com/w6GXmRNCVM

A surprise celebrity appearance was Honey Lee, who appeared in the first stage of the night and performed ChoonAengMoo, which is the only traditional Korean court dance that is performed solo and depicts a longing for spring and its beauty through restrained movement. 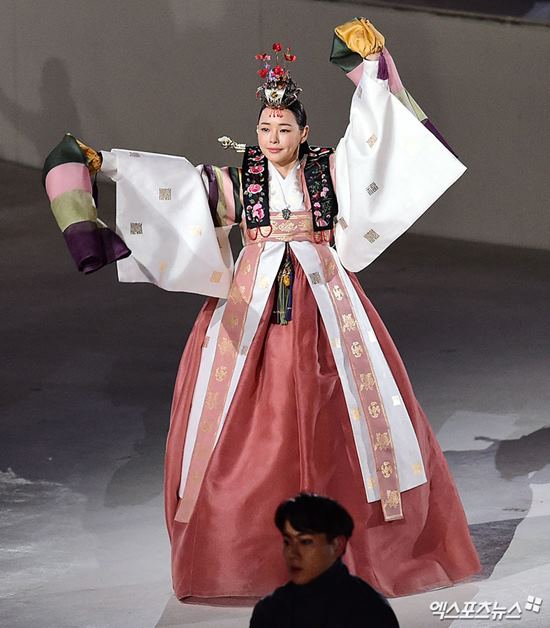 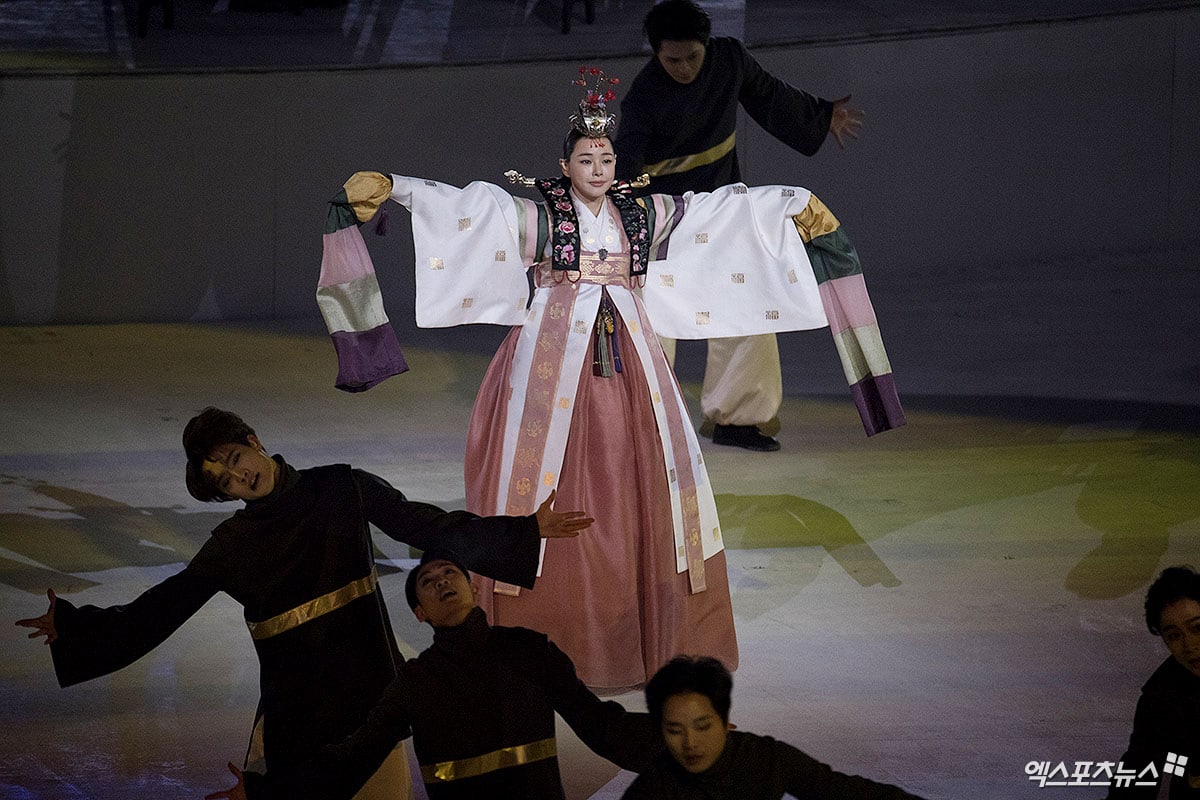 Her agency explained that Honey Lee, who has a Master’s degree in traditional Korean music from Seoul National University, was approached in October 2017 to appear in the closing ceremony, and she prepared for her stage for three months. Honey Lee stated, “I gratefully agreed to appear in the closing ceremony and have the opportunity to show the world the beauty of Korea on stage.”