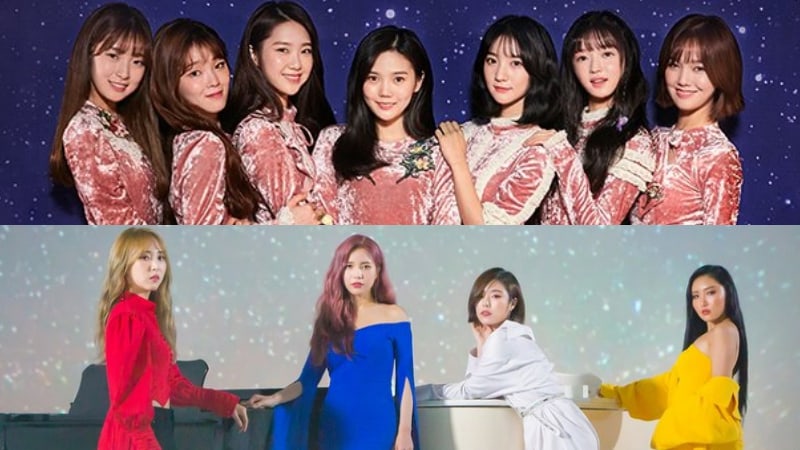 Watch: MAMAMOO And Oh My Girl Compete With Legendary Performances On Upcoming Episode Of “Sugar Man 2”

MAMAMOO and Oh My Girl will appear on the next episode of JTBC’s “Sugar Man 2”!

“Sugar Man 2” is the second season of “Sugar Man,” a music variety program where currently popular artists remake and perform classic hits, connecting old and new generations through music. The artist of the original track referred to as “Sugar Man” appears on the show, talks about the song, and updates fans on what he or she has been up to.

In the preview for the seventh episode, Red Velvet member and MC Joy introduces this episode as “a special out of the special episodes.” Yoo Hee Yeol adds onto it by suggesting that they turn this into a legendary episode.

Yoo Jae Suk speaks confidently about the girl group on his team and says, “MAMAMOO has never lost,” referring to the group’s previous appearances on the show. Yoo Hee Yeol responds, “Well, now is their turn to lose.”

Yoo Jae Suk also expresses excitement about his “Sugar Man” and says he’s been wanting to see them for a while. When the artist comes out to perform, the MC gets emotional and can’t help but shed tears.

When it became his team’s turn, Yoo Hee Yeol boldly declares that if less than 90 people recognize the song, then he will refer to Yoo Jae Suk as his older brother throughout filming.

MAMAMOO
Oh My Girl
Sugar Man 2
How does this article make you feel?