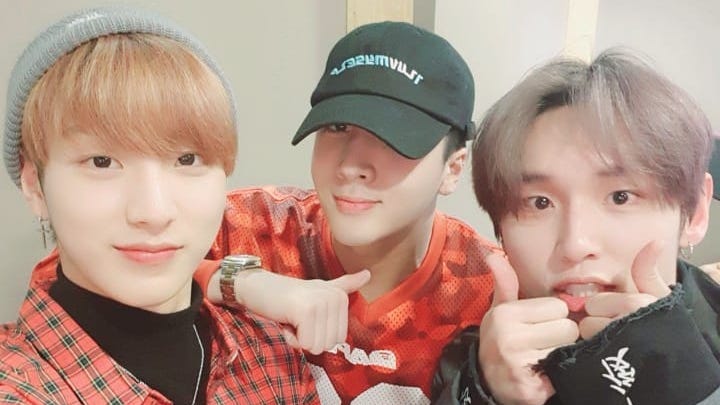 B.I.G’s Heedo And Gunmin Thank VIXX’s Ravi For His Help On Their Upcoming Unit Album

B.I.G’s Heedo and Gunmin are hard at work for their upcoming unit release, and recently gave an update on its progress with VIXX’s Ravi!

The two B.I.G members recently appeared on KBS’s idol rebooting program “The Unit,” where they received lots of love for their talents, especially in rapping and dancing. Following their appearance on the program, the two are currently preparing to release a unit album.

On February 26, they thanked Ravi on Instagram, sharing that he had helped them record. While not specified, their messages hint that Ravi had a hand in the production of their unit’s track as well.

Heedo wrote, “Finished recording [our] unit’s song! Thank you Ravi. Please look forward to it.” Gunmin shared the same photo as his bandmate, and said, “Recording complete. A senior I thought would be hard to approach. Thank you for helping us record comfortably!” He added, “Thank you for the great song. Did I really sing it well…”

Thanks to Hana for the tip!

VIXX
B.I.G
Ravi
Heedo
Gunmin
How does this article make you feel?