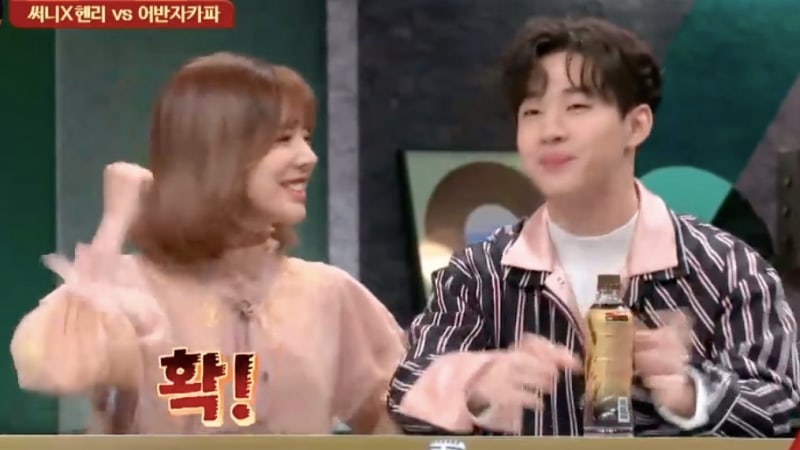 Sunny and Henry appeared together as guests on the February 25 episode of the music variety program, competing against fellow guests Urban Zakapa with their modern rearrangement of a classic hit song.

During the episode, the two idols confirmed that they were friends of the same age. When MC Yoo Jae Suk asked Sunny what she thought of Henry as a friend, she began to describe him as “the type of person that needs a lot of help doing things” when he suddenly kneed her under the table. 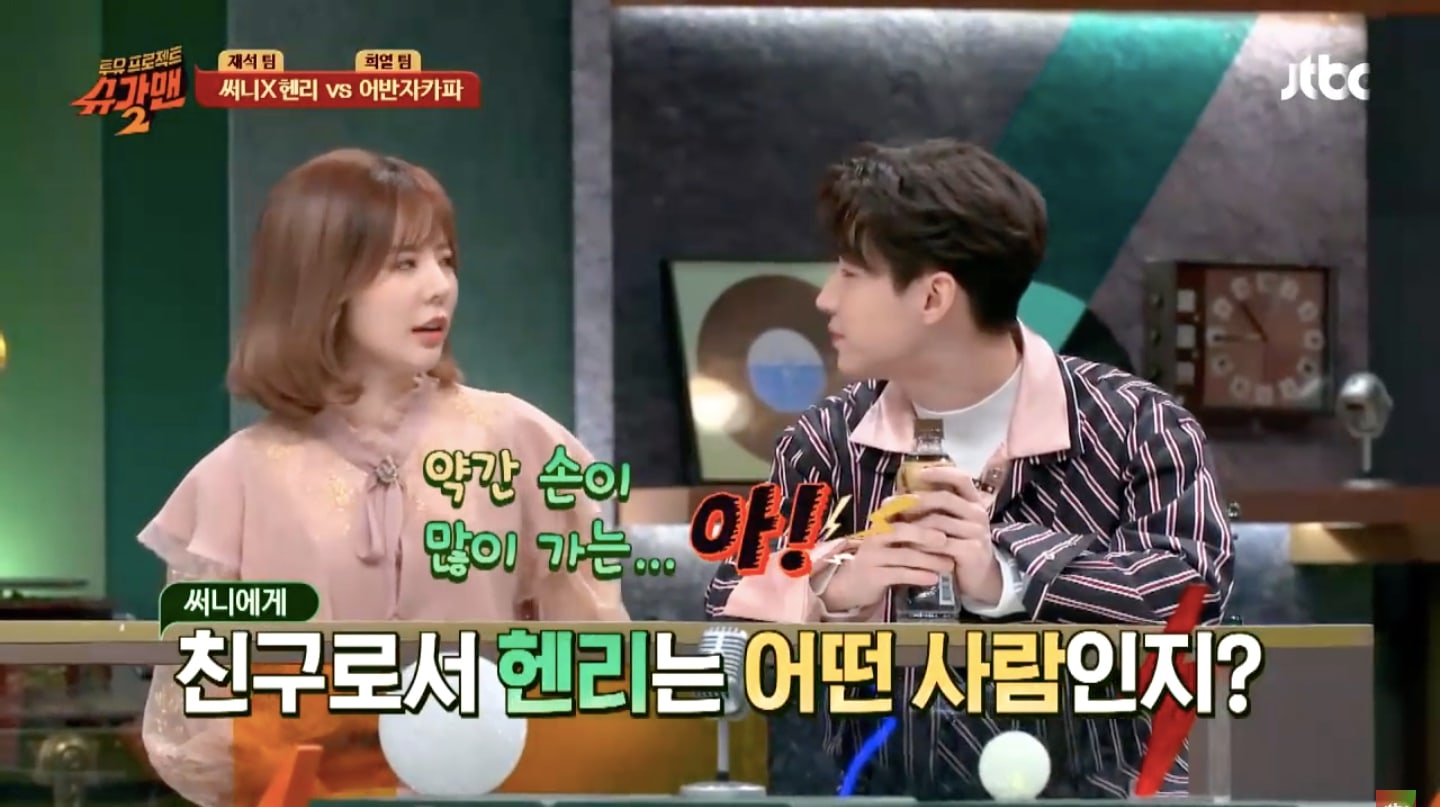 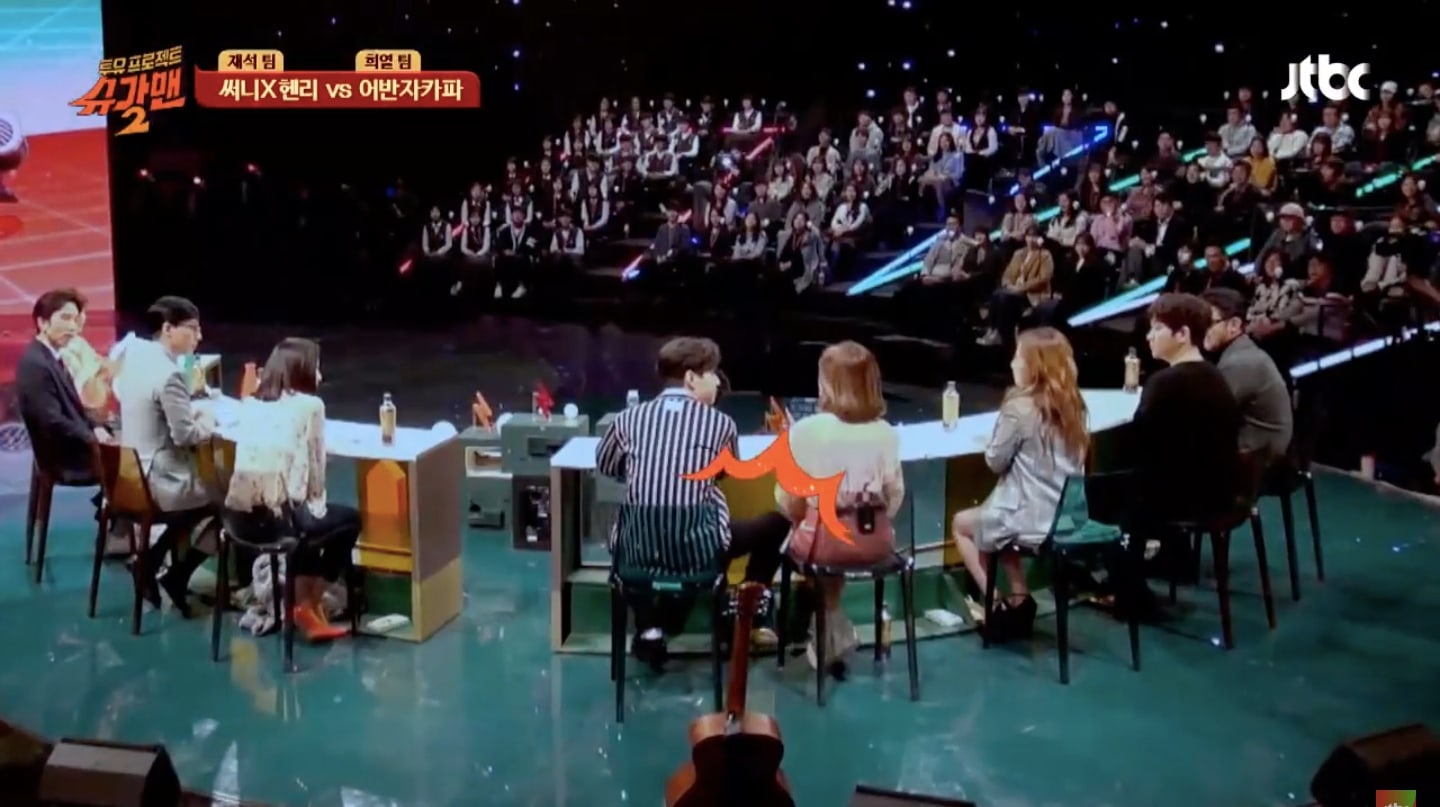 Needless to say, Sunny was not amused. 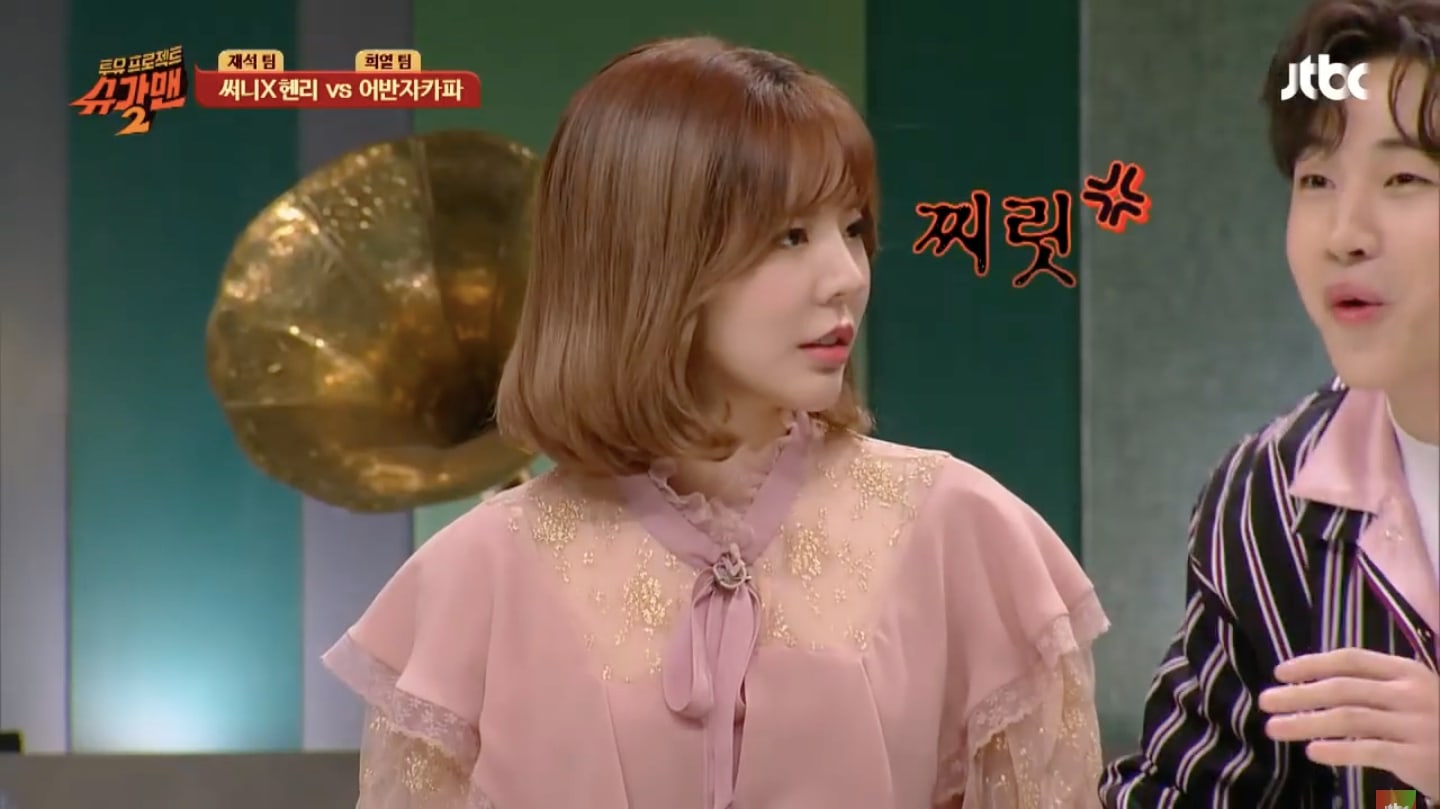 When Yoo Jae Suk laughingly responded, “Why would you bring up the fact that she’s Lee Soo Man’s niece?”, Sunny revealed that it was something Henry often teased her about. 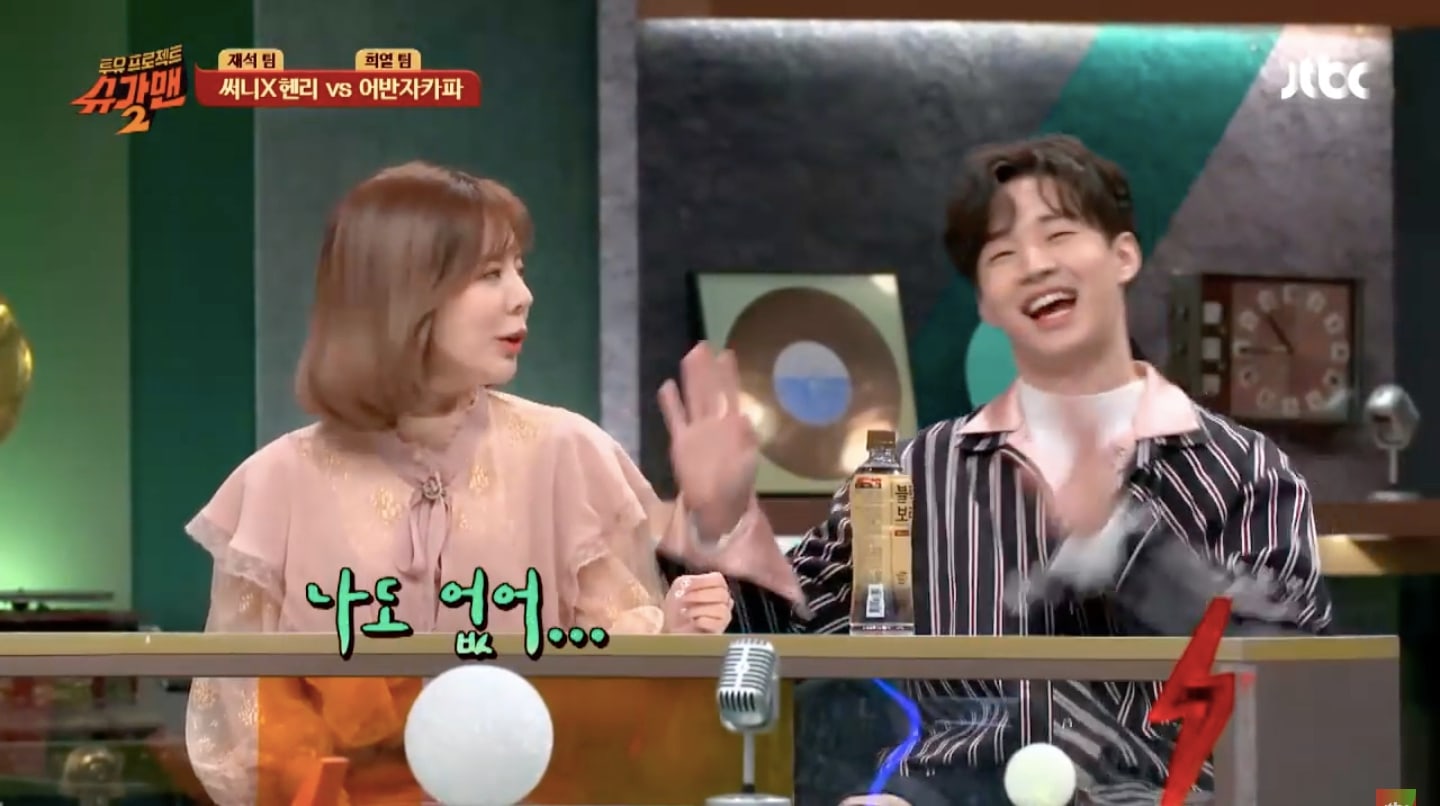 Afterwards, Henry played the guitar and sang a brief excerpt from his new song “Monster.”

You can also watch Sunny and Henry’s duet performance of “Odd Imagination” and Urban Zakapa’s take on “A Love That Doesn’t Exist In This World” below!