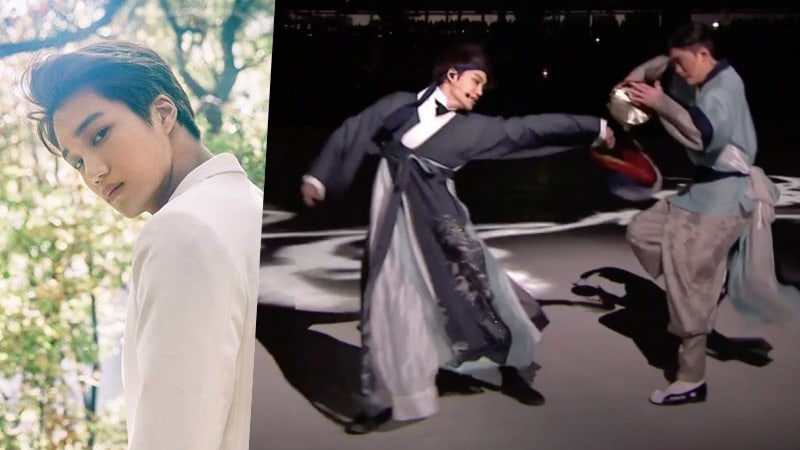 EXO’s choreographer has revealed that Kai accidentally spoiled the group’s 2018 PyeongChang Winter Olympics Closing Ceremony performance at one of their concerts!

On February 25, after the closing ceremony had ended, choreographer Shim Jae Won took to Instagram to post a video of Kai dancing on stage at EXO’s concert in Taipei earlier this month.

Shim Jae Won wrote, “Spoiler fairy. How can you spoil the closing ceremony? Afterwards, the two of us laughed so hard [about this].” He also quoted Kai defending himself: “‘I’m having trouble remembering the dance, hyung. No one knows, hehe.'”

He added in the hashtags, “Kim Jjong Ka, who’s always thinking of choreography whether he’s sitting or standing,” “Let’s keep the practicing inside the practice room,” “Did he do it for me to see,” and “Now I can finally talk about it.”

The video clip shows Kai lost in thought as he runs through the choreography from EXO’s Olympics closing ceremony performance.

Did you notice Kai’s accidental spoiler? Leave your thoughts below!