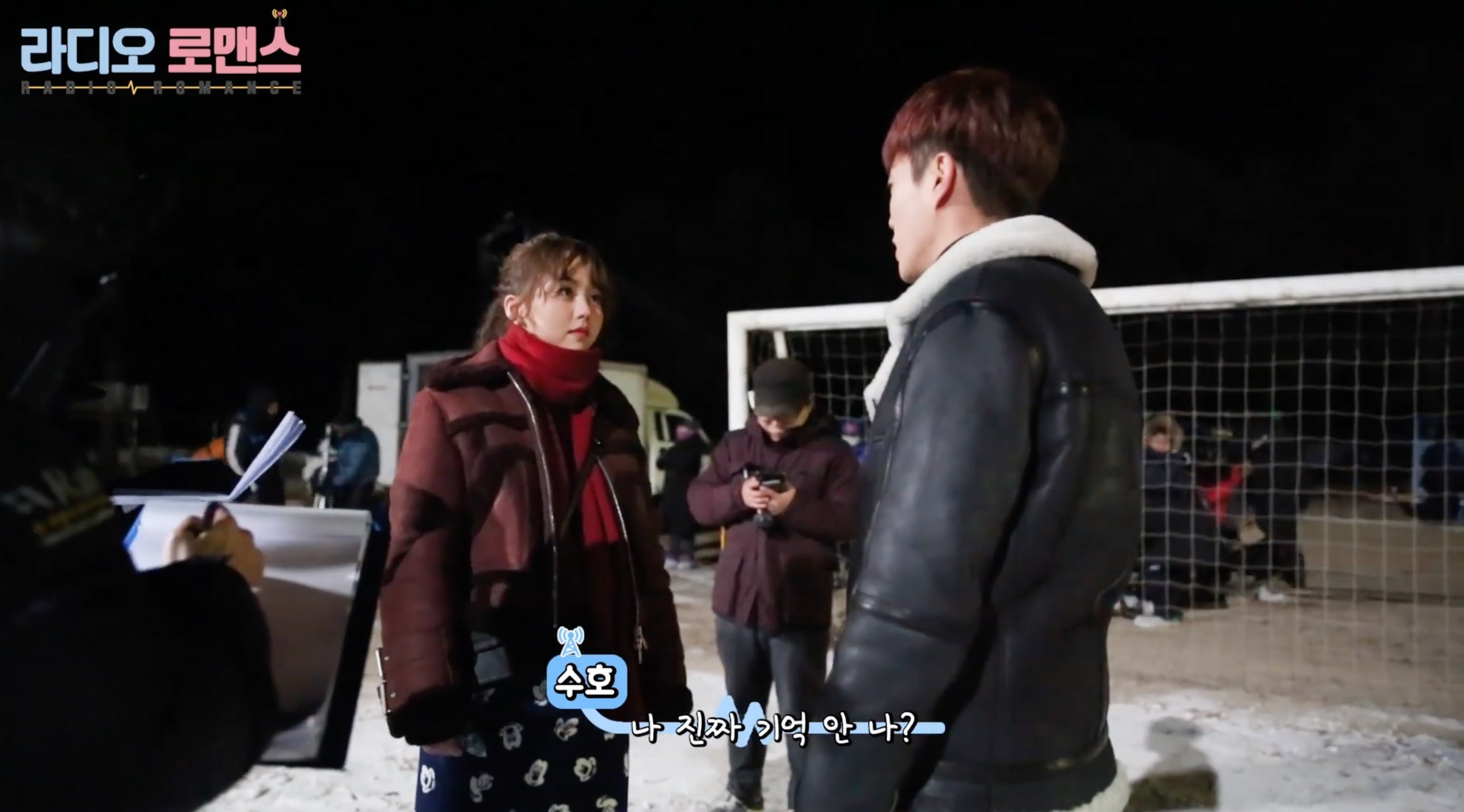 Watch: Yoon Doojoon And Kim So Hyun Laugh Their Way Through Sweet Scenes On “Radio Romance”

On February 26, “Radio Romance” dropped a making film behind some sweet romantic scenes that Highlight’s Yoon Doojoon and Kim So Hyun shot together.

The first is the kiss scene in the soccer field, where Ji Su Ho (Yoon Doojoon) asks Song Geu Rim (Kim So Hyun) if she remembers him. Although Yoon Doojoon is embarrassed saying some of the lines, he and Kim So Hyun work hard to finish the scene because of the freezing weather.

Next, the couple film a sweet dinner scene together, where Yoon Doojoon keeps making Kim So Hyun laugh with off-the-cuff jokes like replying “I got it delivered” when asked if he cooked the food and pretending that a glass of grape juice was real wine.

Girl’s Day’s Yura also makes an appearance when they try to film the scene where her character stops Ji Su Ho from going after Song Geu Rim. The grabbing scene turns out to be trickier than they thought, to everyone’s amusement.

In the closet scene, as they try to figure out their positions, Yoon Doojoon tries out one that has the director commenting, “That looks like you’re kidnapping her.” During a script read-through, Yoon Doojoon gets distracted by the Olympics short track event airing on a nearby TV.

Check out the cute making film below!

You can watch the latest episode of “Radio Romance” below: