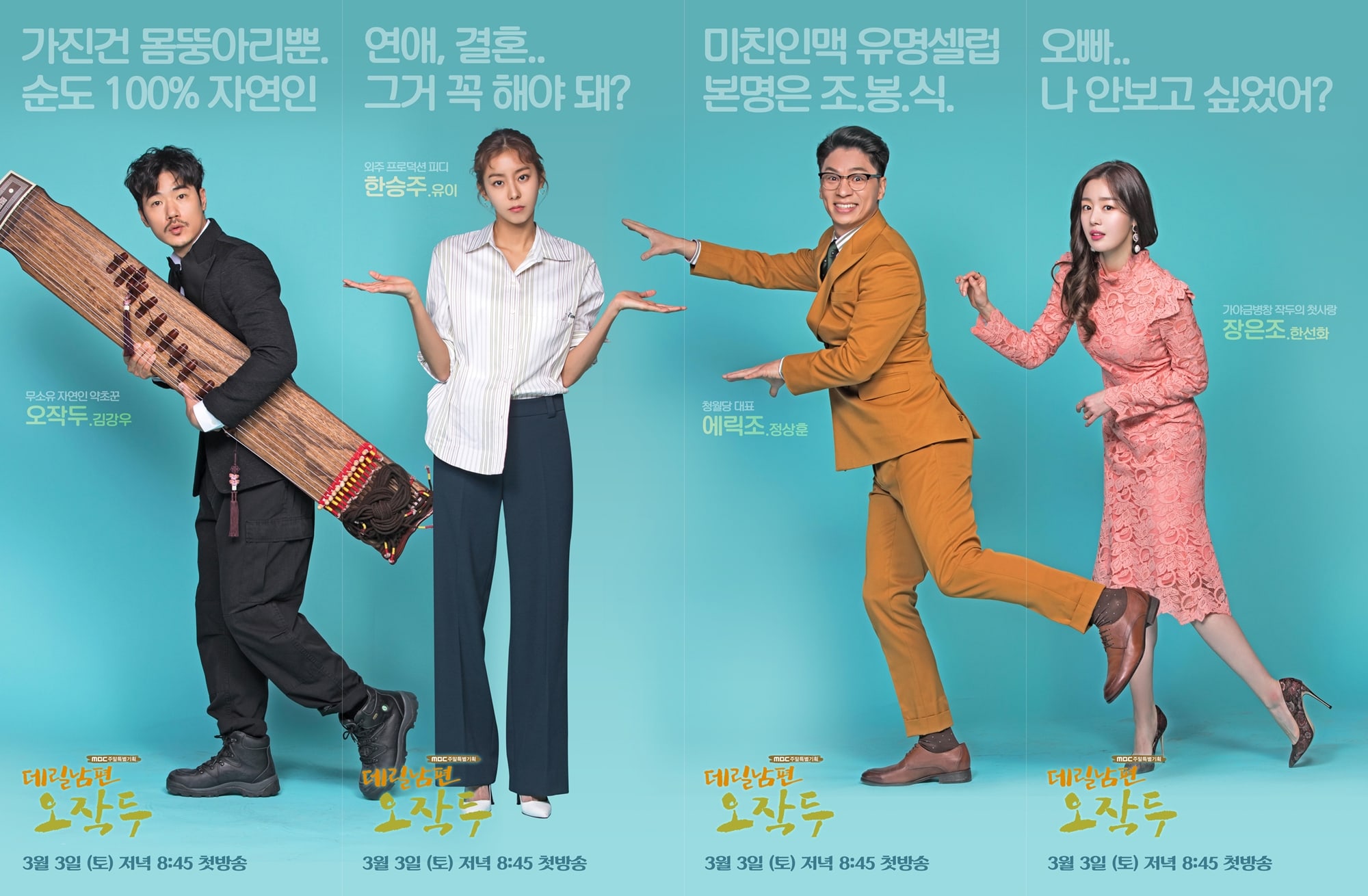 “My Husband, Mr. Oh!” tells the story of a realistic 30-something single woman Han Seung Joo (Uee) who decides to “marry” an innocent hermit named Oh Jak Doo (Kim Kang Woo) in order to attain the social position of a married woman.

In the posters, Kim Kang Woo perfectly captures Oh Jak Doo’s clueless innocence. He is a “nature man,” which usually implies someone who lives up in the mountains, though in this case might just mean someone who eschews money and possessions to live a simple life. His tagline reads, “All he has is his body, 100% innocent nature man.”

In contrast, Uee looks every inch the career woman as a producing director. Her tagline reads, “Dating, marriage… Do you really have to do those things?”

“My Husband, Mr. Oh!” premieres on March 3 and will be available on Viki!