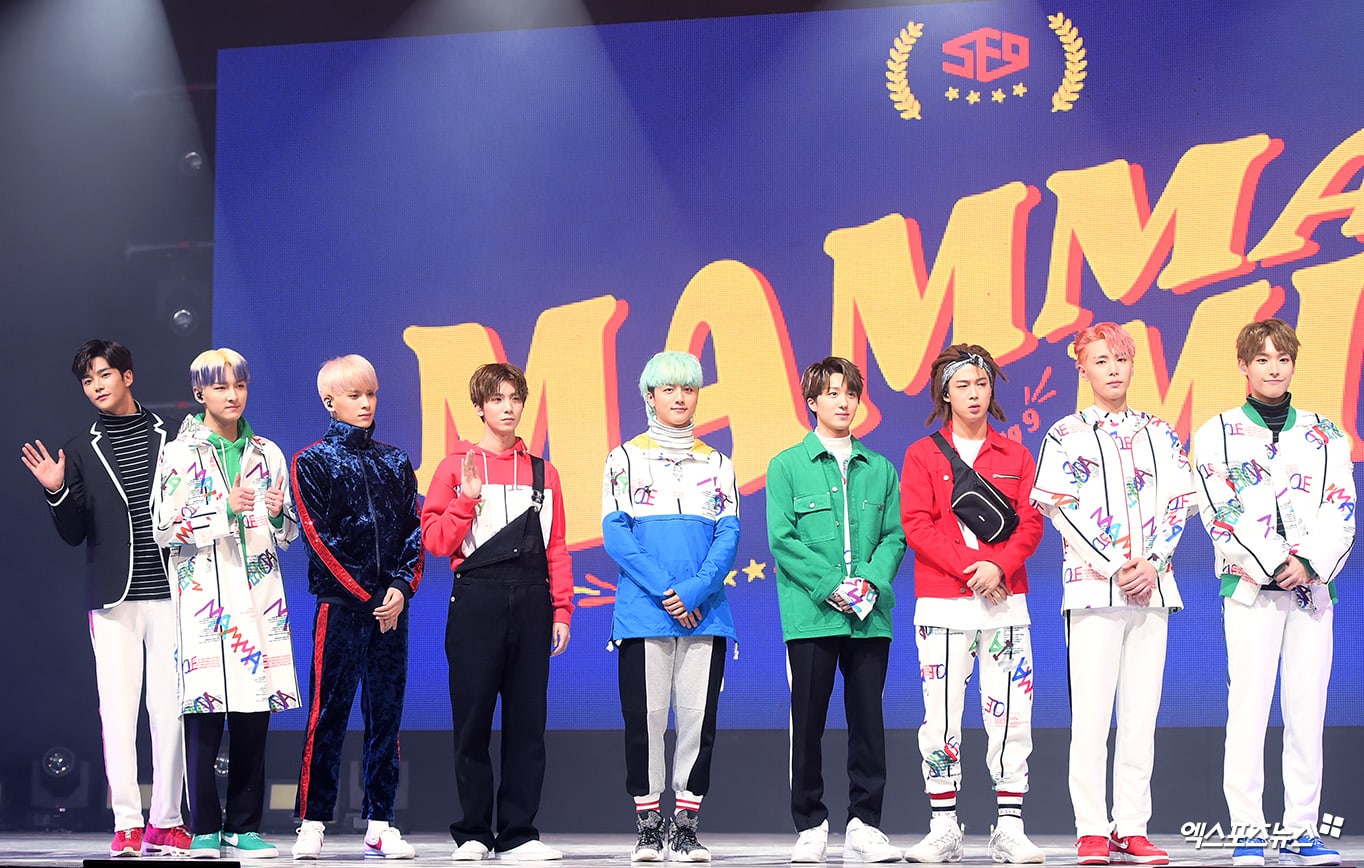 SF9 had a surprising role model for their teamwork while preparing their new mini album!

The FNC Entertainment boy group made a comeback on February 26 with “Mamma Mia.” At a showcase to celebrate the release of their new mini album, the guys were asked about their goals for this comeback.

Jaeyoon replied, “I heard that our ‘O Sole Mio‘ music video will soon reach 10 million views. The goal for ‘Mamma Mia’ is to get 20 million views.” He also added, “Another goal is to come in first on a music show.”

Inseong said, “I was really impressed when I watched the women’s curling team’s matches. They became a popular topic because of their strong teamwork and skills. Just like that, while we were preparing this album, we strengthened our teamwork and worked hard on our performances.” He added, “The women’s curling team is our role model. I hope that ‘Mamma Mia’ will become a song that everyone in the country enjoys.”

During the 2018 PyeongChang Winter Olympics, the South Korean women’s curling team became a national sensation, and they won the silver medal.

SF9 also talked about the concept for their comeback with “Mamma Mia,” saying that it had been inspired by musicals. Inseong explained, “Our concept was a high school musical, and so we worked hard to practice the expresses and gestures that would fit that. We watched the film ‘Grease’ a lot and used that as a reference.”