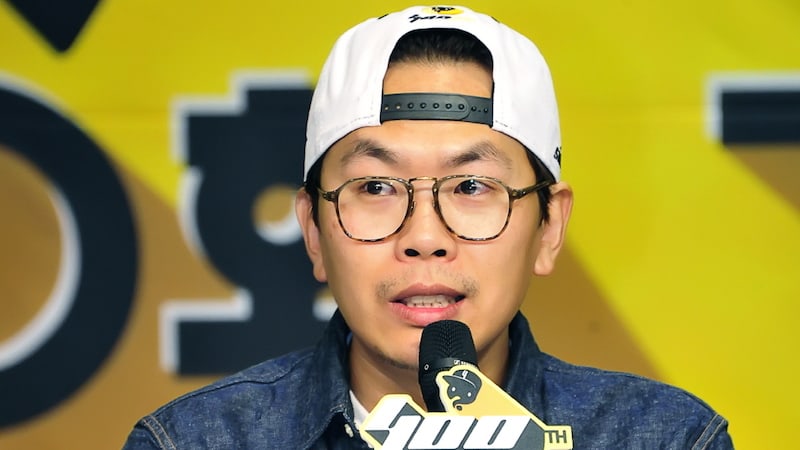 On February 27, MBC’s chief of variety Kwon Seok confirmed the news, explaining, “We are in the process of deciding when. However, PD Kim will continue to be connected to ‘Infinite Challenge’ in some way. We are currently discussing in regards to this matter.” Another MBC source clarified that Kim Tae Ho will continue to be a crew member of “Infinite Challenge,” just not as its head director.

PD Kim Tae Ho created “Infinite Challenge” back in 2005 and has been its head director for the last 12 years. According to reports, he will officially step down as director sometime in March, and producing director Choi Haeng Ho will step in.

PD Kim Tae Ho also personally commented on this development through a phone interview with Yonhap News. When asked about no longer directing “Infinite Challenge,” he answered, “Isn’t this news already released? I’m burdened that stories related to me keep being shared and I feel apologetic to the team members of ‘Infinite Challenge.'”

“The station is currently in discussion about ‘Infinite Challenge’ and will decide on its direction. I believe it’s right to ask the station and not myself about the relation to the spring schedule reform,” Kim Tae Ho added.

Reports had originally emerged earlier this year that Kim Tae Ho would be leaving the program. A few weeks ago, a source from “Infinite Challenge” had stated that they were discussing the direction and many related aspects of the show ahead of the late-March spring schedule reform.

In addition to this news, PD Kim Tae Ho also addressed rumors that he would be leaving MBC for Netflix, saying, “Isn’t Netflix a company in and of itself where PDs would not be moving to anyways?” He denied he was planning on becoming a freelancer as well, and added, “I should continue at MBC.”

MBC has stated that nothing is confirmed for Kim Tae Ho’s next program as of now.