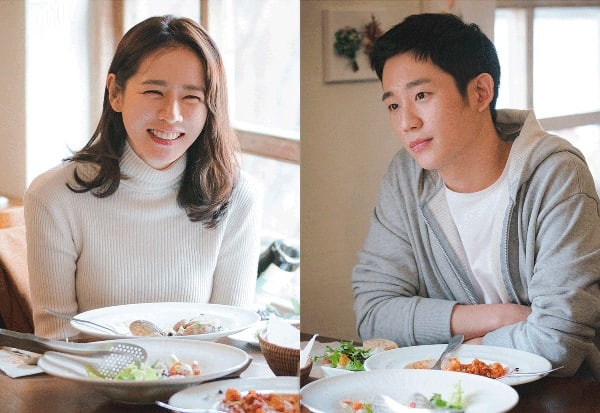 Stills have been released for JTBC’s upcoming drama, “Pretty Noona Who Buys Me Food.” (working title)

“Pretty Noona Who Buys Me Food” is about two acquaintances who find themselves falling in love. Son Ye Jin plays Yoon Jin Ah, a supervisor that manages a coffee specialty business while Jung Hae In plays Seo Joon Hee, a game character designer.

From the released stills, Yoon Jin Ah smiles delightfully at Seo Joon Hee, who looks back at her with affectionate eyes, sparking off a special feeling between the two. Great expectations are set on this couple as they make our hearts flutter by simply having a meal. 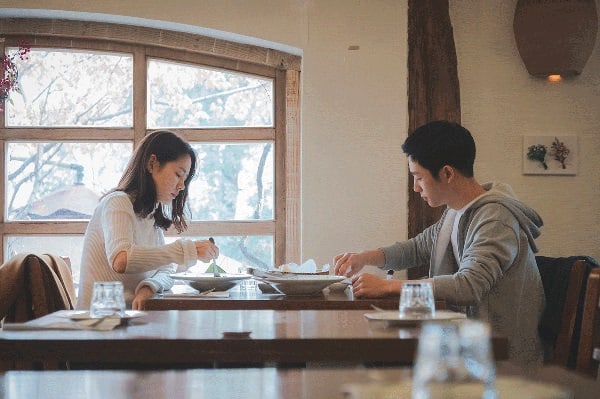 When asked on how she felt about Jung Hae In, Son Ye Jin complimented him, saying, “I like that he is well-mannered and seems more matured than his age. From the start, I felt like he was an exact match to Seo Joon Hee’s character. I can naturally sense his emotions without [him] getting into the character.”

At the same time, Jung Hae In shared, “When I first met Son Ye Jin, she made me feel comfortable, which made acting naturally likewise. Both Son Ye Jin and I laugh easily, which made the set enjoyable.” With their great chemistry, it is no wonder staff members mentioned, “From the very beginning, the set was completely filled with the actors’ lovable chemistry.”

“Pretty Noona Who Buys Me Food” is written by Kim Eun and directed by Ahn Pan Seok, whose previous works include “Behind the White Tower,” “A Wife’s Credentials,” “Secret Love Affair,” and “Heard It Through the Grapevine.”

“Pretty Noona Who Buys Me Food” will air in March, after “Misty” concludes its run.