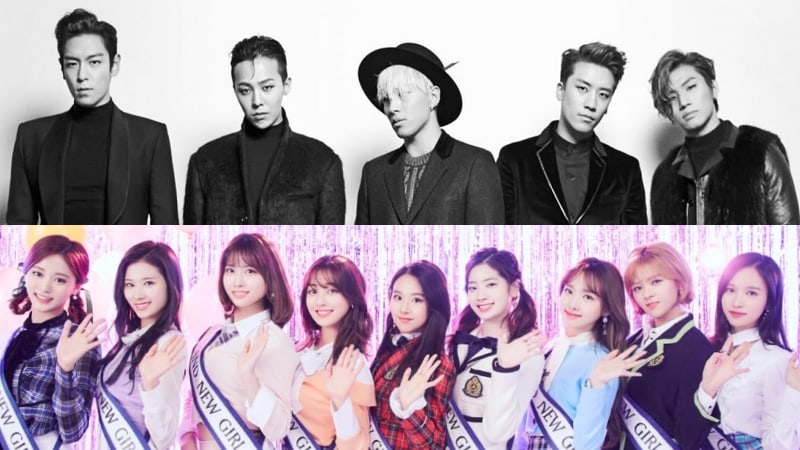 The Japan Gold Disc Awards has announced this year’s winners!

BIGBANG took Best Asian Artist for the second year in a row. They also won Best 3 Albums (Asia Division) for “MADE” and Best Music Videos for the “0. TO 10. – THE FINAL -” concert DVD.

The group responded on winning Best Asian Artist, “All of the members are full of gratitude. After the award in 2017, thank you so much for giving us this award again in 2018. Japanese fans are very special to BIGBANG. We will definitely return, and let’s have fun again with great performances and music when we meet again!”

TWICE is the first Asian artist to win five awards as a rookie. They commented on the achievement, “We are very happy to receive these big awards less than a year after debuting in Japan last year. ‘#TWICE’ is a meaningful album as our Japanese debut. The Japanese version of ‘TT’ is a meaningful track as it is the first song we sang in Japanese, and we are glad that many people enjoy it along with the original version. We will work hard to make ONCE happier in the future.”

The Recording Industry Association of Japan awards artists based on music and video sales each year. No ceremony is held for the Japan Gold Disc Awards.

TWICE
SHINee
BTOB
BIGBANG
BLACKPINK
How does this article make you feel?