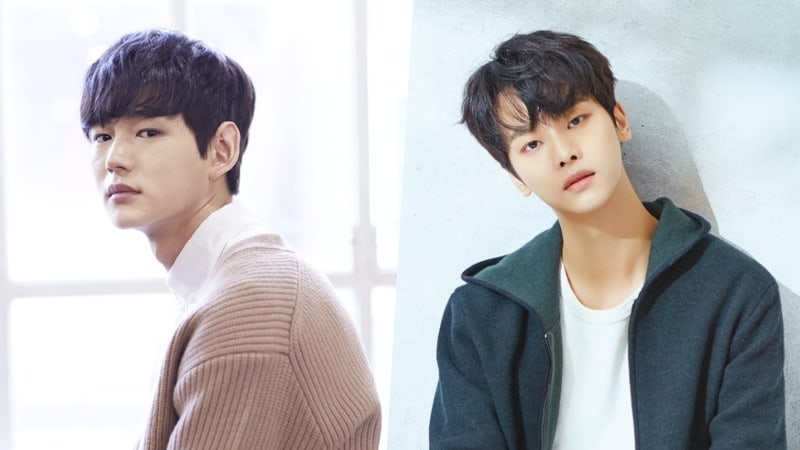 Actor Lee Won Geun opened up about his friendship with VIXX’s N in a recent interview.

The two met while working on KBS’s 2015 drama “Sassy Go Go” and have maintained a close friendship since then. They even appeared in the web series “Celebrity Bromance” together, and N is said to attend all of Lee Won Geun’s movie premiers and monitors all of his dramas.

Saying that they get along because they have similar personalities, Lee Won Geun shared a story of a trip they took together. He said, “It was supposed to be just the two of us, but I brought along a friend he didn’t know. But N smiled and told me that it’s okay because any friend of mine is a friend of his. That’s how close we are. We traveled to Osaka, Japan, and I found out that he isn’t good with amusement park rides. But he did his best to make sure my other friend and I had a good time.”

Lee Won Geun laughed as he added, “One unfortunate thing is that he can’t hold his alcohol as well as I can. During our trip, N set a limit for himself that he would drink two glasses of beer at most in one go. Most people might have one or two more glasses while they’re drinking if they’re in the mood, but N has really strong self-control and he stuck to his two glasses. As for me, my limit is a bottle and a half of soju, any more than that and my body starts telling me that I need to go home!”

Lee Won Geun is currently promoting his upcoming film “Monsters,” which follows the story of high school students Jae Young (Lee Won Geun), who must do anything he can to stay alive, Yang Hoon (Lee Yi Kyung), who must have what he desires, and Ye Ri (Park Kyu Young), a carefree girl caught between the two. The film is set to be released on March 8.