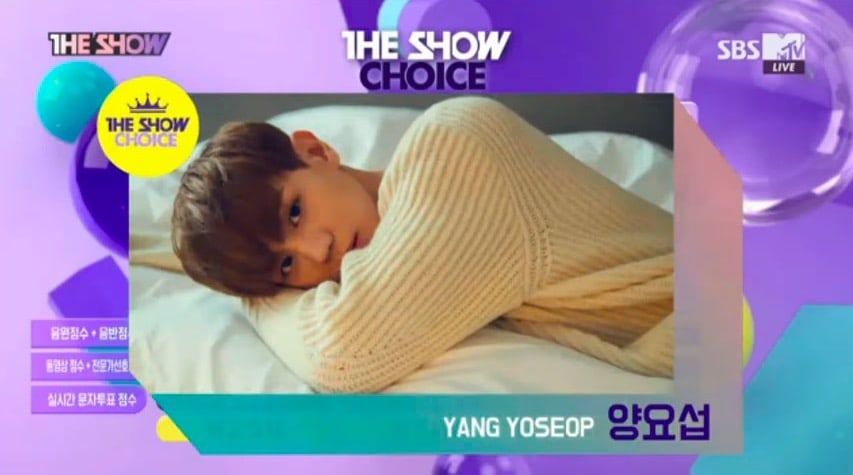 On the February 27 episode of “The Show,” Yang Yoseob’s “Where I Am Gone” was up against MOMOLAND’s “BBoom BBoom” and Weki Meki’s “La La La” for first place. Yang Yoseob won with a total score of 6,780 to MOMOLAND’s 6,259 and Weki Meki’s 1,793. Yang Yoseob thanked his fans and said he dedicated the award to his Around Us Entertainment family members and fellow Highlight members.

Watch a clip of him winning below!

The Show
Yang Yoseob
Highlight
How does this article make you feel?