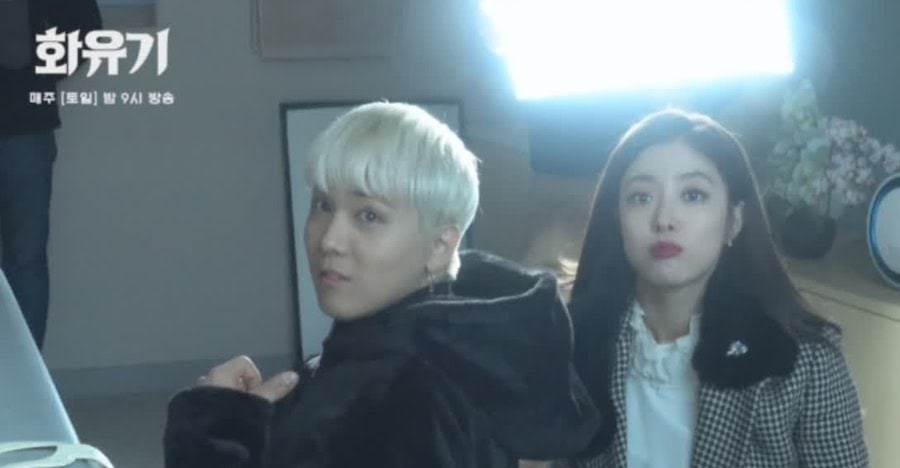 Watch: “Hwayugi” Cast Gets Playful And Goofy Behind The Scenes

In the beginning of the video, Oh Yeon Seo and Lee El are practicing for their scene in the parking lot. Lee El pretends to cut Oh Yeon Seo’s palm with a knife, and Oh Yeon Seo acts hurt in a humorous way, causing them both to burst into giggles.

During the interview, Lee El says, “We’re very happy, and we’re having a very fun filming. The set is lively and warm.” Then she puts a hand on her co-star and says, “This is Oh Yeon Seo whom I love.” Oh Yeon Seo talks about her wish for a happy ending and what demons mean to her character. While she’s talking, Lee El makes funny faces in the background.

At the end, the two of them hug each other affectionately and wave at the camera with bright smiles.

At a different set, Lee Hong Ki and Lee Se Young play muk-jji-ppa (a variation of rock-paper-scissors) as they wait for filming to begin. In the first round, Lee Se Young loses, and she begs for mercy as she grabs onto his hands and calls him Jeo Pal Gye, the name of his character in “Hwayugi.” Despite her plea, Lee Hong Ki gives her a punishment, a flick on the back of her head. 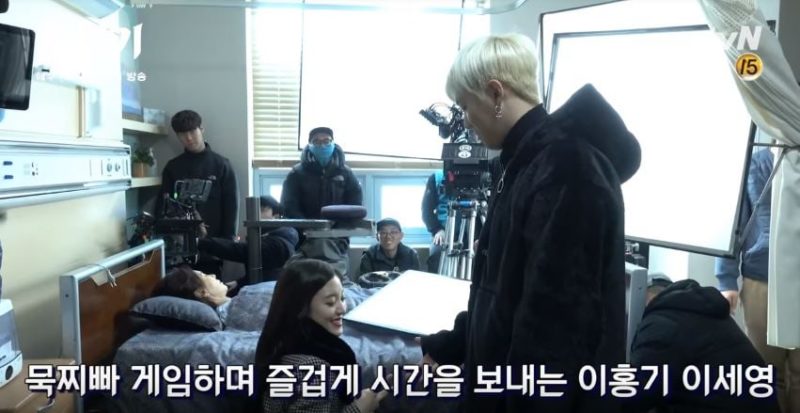 During the second round, Lee Hong Ki loses, and Lee Se Young gets her revenge by hitting him on the front of his head. He makes sure the moment has been captured on camera and jokingly demands that it gets aired.

Also, catch the first episode of “Hwayugi” below if you haven’t already!