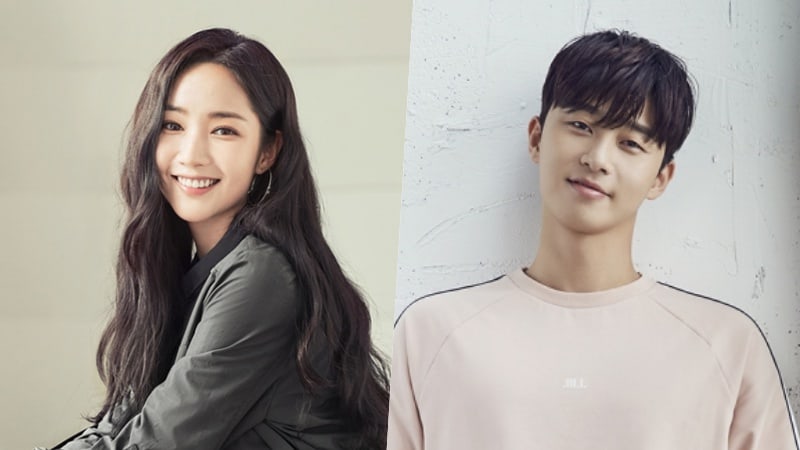 On February 28, her agency Namoo Actors responded to reports and stated, “Park Min Young has been approached to appear in tvN’s ‘What’s Wrong with Secretary Kim’ (tentative title) and is currently looking over the offer.”

If she does accept the offer, Park Min Young will play leading lady Kim Mi So, the secretary to Yoo Il Group’s vice president. She is considered a legend in the secretary world who would do anything to fulfill the tasks assigned to her.

Park Seo Joon is set to star in a new drama this spring!

A source from “What’s Wrong with Secretary Kim?” (tentative title) confirmed the news and stated, “Park Seo Joon has been cast in the drama, which is set to begin airing in late-May on tvN every Wednesday and Thursday.”

The drama is based on a popular webtoon series of the same name and is a romantic story about the perfect but narcissistic second generation chaebol Lee Young Joon and his “Legend of the secretary world” assistant Kim Mi So. Park Seo Joon will be playing the leading role of Lee Young Joon, who is perfect in every way from his tall stature to his handsome face and high IQ, but his narcissism makes him one of the most difficult people to work with.

The production company behind the new drama will be Bon Factory, which has produced other hits like “Master’s Sun,” “She was Pretty,” and “Deserving of the Name.” Park Seo Joon has already worked with Bon Factory once before on “She was Pretty,” and has since made a name of himself as a hit-maker through projects like the drama “Fight My Way,” film “Midnight Runners,” and tvN’s variety show “Youn’s Kitchen 2.” The drama will be directed by Park Joon Hwa, who has worked on warm and relatable productions like “Because This is My First Life,” and “Let’s Eat.”

Are you excited to see Park Seo Joon in this new drama?