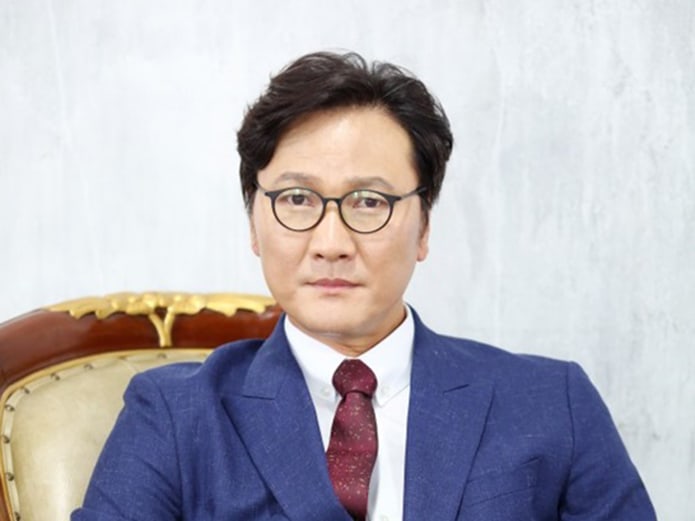 Kim Tae Hoon from the movie “The Swindlers” and the drama “20th Century Boy and Girl” is the latest actor to have been hit with a sexual assault accusation in the midst of the “Me Too” movement that is sweeping the Korean entertainment industry.

In an anonymous post made on a Facebook page titled “Theater Actors Against Sexual Violence” on February 28, a woman recounts her experience with a “Professor K” — who she later reveals as actor Kim Tae Hoon — and the events leading up to her sexual assault, his treatment of her afterward, and her long road to recovery, including several suicide attempts. The full translation of the post can be found below.

Kim Tae Hoon’s agency Actor Company said in response, “We are currently looking into the post that came up on an online community in relation to the Me Too movement.”

Here is the full post about Kim Tae Hoon:

“My dream to become an actress

“In the late ‘90s, I transferred to the department of film and arts at Sejong University and started studying acting. In my sophomore year, I enrolled in an intermediate acting class taught by ‘Professor K,’ an actor who studied abroad in Russia, and I started to inch closer to my dream of becoming an actress alongside passionate classmates. Moreover, I, alongside Professor K, was cast in a film that was being shot by one of our department professors, so in working with him, I came to trust and respect Professor K both as a mentor and an actor.

“One day, after dinner at a restaurant on the outskirts of Seoul, Professor K said he was too tired to drive and said we would have to rest at a motel before leaving. At the time, I did know what resting at motel really meant. Because he said he couldn’t drive because he was tired, I just thought I would have to wait a little bit while he took a nap. But, that night, I was sexually assaulted by Professor K at the motel. I was so scared. I couldn’t believe what had happened, and I didn’t even have the courage to say ‘No.’ Because he was a professor that I trusted and respected so much, I was so confused and scared. I thought it was all a dream, because afterward, he treated me as if nothing had happened. At the time, I had no idea how I was supposed to respond to what had happened.

“After the night of the sexual assault, Professor K continued to approach me with demands for a relationship. I was so scared that people would find out. That was when Professor K was no longer at Sejong University, but he still had considerable influence with the students at Sejong and our department. If my issue became known, I felt like I wouldn’t be able to attend school anymore. I thought that if I rejected the professor’s demands, I wouldn’t be able to be on stage as an actress ever again. I was made to tremble in fear. As time passed, he became more persistent and open with his demands. I was so scared of him, I couldn’t say no. If I gave him some excuse and didn’t meet him where he asked, he would come to my home. I was so worried and anxious for fear that my parents or my classmates would find out.

“I became a hostage after I was sexually assaulted

“After the sexual assault, Professor K treated me like a slave. He often made me meet his wife at the time, and it seemed like he was enjoying the whole situation. He even would say to me that he wanted to go back to Russia, and that he would take me back with him as his housekeeper. I did whatever he asked of me, including typing his research papers and translating them to English. Moreover, if I wasn’t able to meet his deadlines as demanded, I would be so scared that I paid for part-time workers out of my own pocket to finish the work. Thinking back, I was so foolish. I did everything that was asked of me. I thought my life would be over if people found out about what was happening, and on top of that, he habitually brainwashed me, saying, ‘I like you a lot because you don’t have loose lips.’

“Though I was concerned about my aspirations and my school life, I was terrified that my parents, who had been extremely opposed to me entering the entertainment industry, would find out. I didn’t know how to escape the trap I was in, and I was stuck going around and around in circles.

“At the time, rather than thinking that it was sexual assault and that I was a victim, I thought, ‘Maybe this is happening because I’m not good enough,’ and spent my days blaming myself. Trying to escape, but not being able to, I repeatedly tormented and hurt myself. Afterward, due to extreme depression and anxiety disorders, I continued to see a psychiatrist for treatment. Unable to recover my physical and mental health, I made several suicide attempts over the course of three years, and as my health declined, I developed various illnesses, and I spent about two years unable to step foot outside of my home. While that was going on, my family found out what had happened, and my parents received such huge shock and pain, so big that saying they were ‘scarred’ doesn’t even begin to cover it. Those days were horrible. But, after a long period of efforts and sacrifices by my family, as well as a rekindling of my will to live, I recovered my health to a degree, and after a three-year-long break, I finally returned to school.

“Professor K, the assailant who became an absolute authority

“Immediately after returning to school, I learned something shocking. While my family and I were suffering, Professor K returned to Sejong University from the school he had been teaching at. He became a full-time professor in the film and arts department at Sejong University, and people started calling him ‘King Sejong’; he had endless power. When I returned to school — still ill — and saw him again, he said something ridiculous to me. He said, ‘Now your body is worthless.’ I was in a position where I had to call my sexual assailant ‘professor’ and learn from him. After three years of hard work, the reality I faced upon returning to school was so painful. I collapsed again, and unable to properly attend school for the rest of my enrollment, I barely scraped by and graduated with poor grades.

“After graduating, I was determined never to look back on my college years, and, beginning to audition in the Seoul’s theater district, I began my career. However, a ruined body and mind don’t recover easily, and I became increasingly exhausted, from the sexual assault that I suffered from Professor K, his shameless treatment of me afterward, and seeing him enjoying all the power in the world as a department professor. The year I turned 29, I made my final suicide attempt, thinking it would really be the end, but I survived, and here I am writing this.

“The power of truth

“I really want to know. Why the criminal is doing just fine where he is; why the countless victims are the ones that have to leave school, leave the theater industry; why they have to come to hate the acting and arts that they once loved so much. I don’t want an apology from Professor K, because I know that he will never give a sincere apology. I don’t expect anything. I just want people to know the truth. I want to believe in the power of truth, and I merely wish for truths like this to protect the students of my alma mater and currently active actors from the shameless Professor K.”

Kim Tae Hoon (1966)
sexual violence
How does this article make you feel?