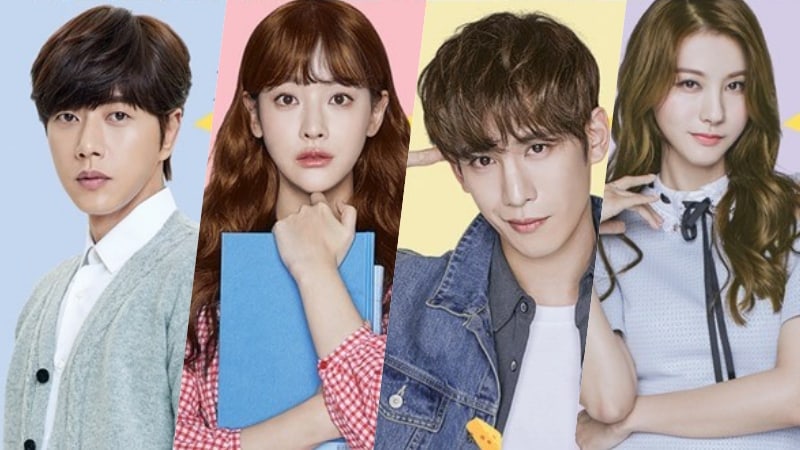 The film adaptation of “Cheese in the Trap” has released posters of its main characters!

“Cheese in the Trap” is the film adaptation of a webtoon of the same name. The romance film will tell the story of an ordinary but charming university student named Hong Seol (played by Oh Yeon Seo), a seemingly perfect guy with a hidden side to him named Yoo Jung (played by Park Hae Jin), his childhood friend with a rebellious streak named Baek In Ho (played by Park Ki Woong), and his high-maintenance sister Baek In Ha (played by Yoo In Young).

In his poster, Yoo Jung’s face does not give away any of his thoughts or feelings. Dressed impeccably to match his personality, he confidently looks forward. The words next to him describe him as “sweet, suspicious Yoo Jung” and includes the line, “Hong Seol, do you want to go out with me?” 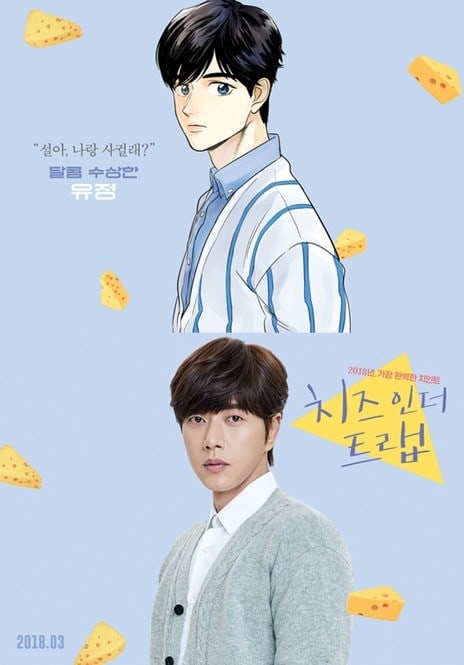 “I’m confused but happy,” says Hong Seol in her poster as she clutches her books as if to hide behind them. Hong Seol looks perplexed and unprepared for the things that are about to happen around her. The poster describes her as “lovely, dog fur Hong Seol,” referring to a nickname she has due to her signature curly hair. 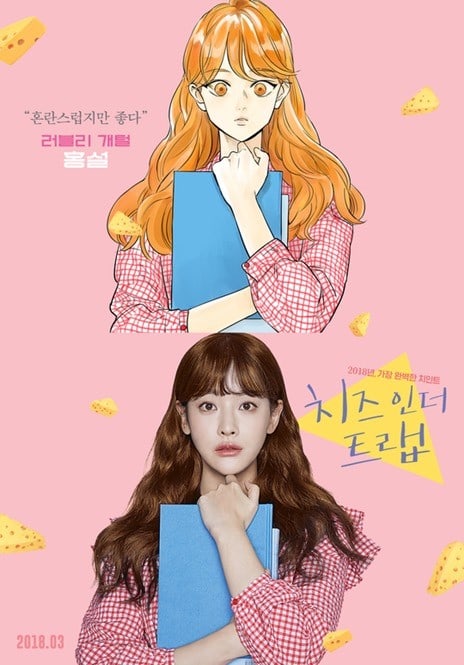 Baek In Ho’s rebellious spirit can be felt in every bit of his poster. Wearing a playful smirk, he confidently poses next to the words, “You don’t know Yoo Jung very well” signaling that he has intel on his best friend. The poster describes him as “tough, cold exterior and warm interior Baek In Ho,” which shows he may also be capable of a lot more than he leads on. 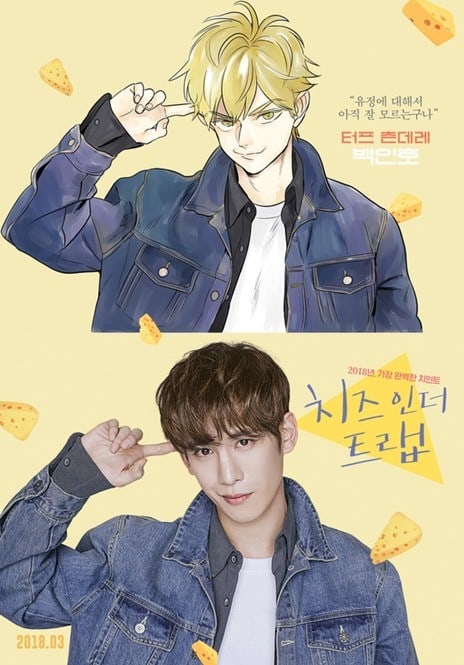 The beautiful Baek In Ha is every bit the cool princess in her poster. “You should know from experience that it’s only your loss if you mess with me,” she says. What sorts of trouble will “girl crush Baek In Ha” stir up in the film? 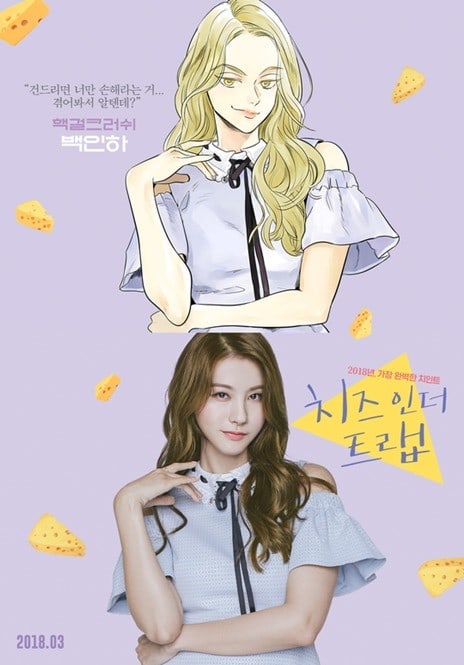 “Cheese in the Trap” will premiere in theaters in Korea on March 14.

You can catch up with the “Cheese in the Trap” drama below before the film is released!