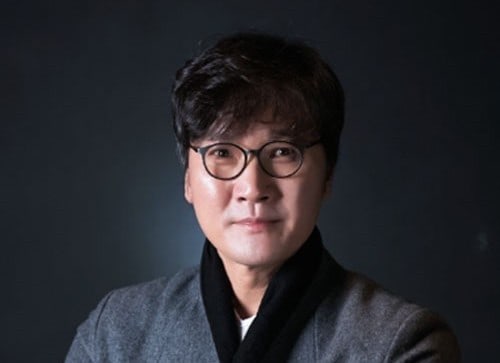 Kim Tae Hoon has appeared in works including the movie “The Swindlers” and the drama “20th Century Boy and Girl.” On February 28, sexual assault and harassment accusations were made against him as part of the growing “Me Too” movement in the Korean entertainment industry.

Later that day, he issued an apology and announced that he will be stepping down from his professorship at Sejong University, as well as from all his positions. His full statement is as follows:

“There were two reports related to me on February 28 that were connected to the ‘Me Too’ movement. I feel a deep responsibility and am self-reflecting over the fact itself that there are such reports that are about events that happened with former students or students at the time, while I have a professorship which demands strict morality. Also, I want to express my deep apology to the woman who says she was scarred because of me.

“In addition, as I feel deeply responsible and apologetic, I voluntarily resign from my professorship at Sejong University, and I will be withdrawing from all my activities including in the theater industry, as well as leaving all my positions.

“The amount of harm felt would have been the same regardless of the facts, but there are some differences in what I remember compared to the posts and reports. There was also an article that said that the second woman who reported me felt something akin to betrayal after the first accusation against me, and so I’m unable to avoid issuing a brief statement.

“The posted content about the sexual assault said that after I had left Sejong University and moved to another university, I had continued to wield my authority to sexually assault a student.

“I remember the events as taking place in 2000 as well. After I graduated from university and finished my eight years studying abroad in Russia, I returned to Korea in 1999 and I was able to start lecturing part-time at Sejong University for the first time in the fall of 1999.

“The first woman who made the report was a student in my lecture, and we had a teacher-student relationship. That year, my application to become a full-time lecturer at Sejong University was declined, and I moved to Suwon Women’s University. However, in the summer of 2000, we ended up meeting again when we worked together as the leading male and female characters in an independent film. After that filming in the summer, our meetings continued in the neighborhood of Suwon Women’s University, and we entered into the relationship between a man and a woman that she described in her post. My actions were unacceptable as someone with a spouse at the time, and they deserve to be criticized. I remained in a relationship with the woman until 2001, and we broke up due to another reason in the fall of that year. I did not realize that she had been deeply scarred by our meetings, and I want to say once again that I am sorry about it.

“The second report about sexual harassment said that I had harassed a woman who was preparing her thesis at the graduate school of Sejong University. Through the short interview, I cannot know the entire situation of the time that the woman was talking about, but the broad facts are the same as what I remember.

“Since the emotions felt by the other party at the time and the situation are different than what I understood, I once again apologize for the fact that I didn’t realize. At the time, it had been a long time since I had lost my wife, and I acted upon a mistaken understanding of the positive feelings between us, and I will accept criticism over that. I thought of us as colleagues in the theater industry who have been in contact with each other after that event and even up until recently, and also ask each other how we are doing and support and encourage each other. I am deeply reflecting over the fact that I did not properly realize the pain of the other party.

“In either case, I made large mistakes based on my status as a professor. I apologize once again to the women who were hurt because of me, as well as the Sejong University professors and staff, the seniors and juniors in the theater industry who trusted me, and the students who trusted and followed me.”

Kim Tae Hoon (1966)
sexual violence
How does this article make you feel?