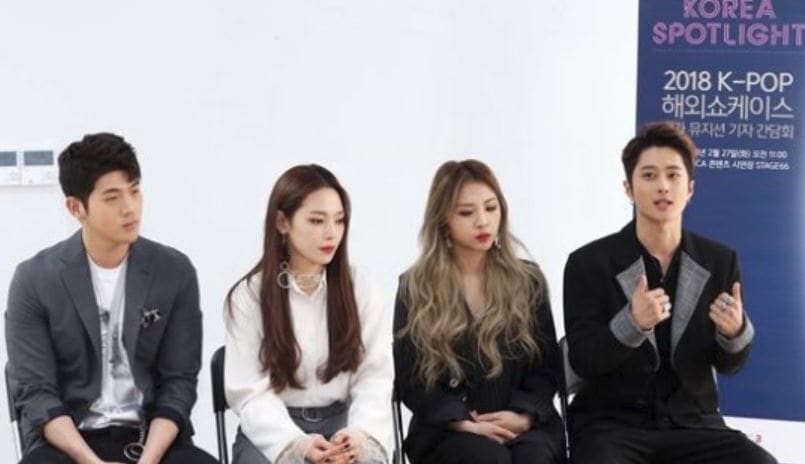 KARD Talks About Performing At SXSW 2018 And More

In March, KARD will be heading to the United States to perform at SXSW 2018 at the music festival’s Korea Spotlight. Despite having debuted only a year ago, the group has received much popularity abroad, and has even gone on a North America and Europe tour. Performing at SXSW is another achievement and milestone for the group.

Somin commented, “It hasn’t been long since we debuted, so it’s an honor to be performing at such a huge festival. I’m happy that we’ll be able to communicate closely with our fans and let people know about KARD’s music. I hope we will be able to make good memories with our fans.” She also shared that she thought they were able to be more carefree on stage because they toured before their official debut, and also mentioned that she wanted to let more people know about K-pop.

BM shared, “It’s an honor to be performing. When we were on tour, we stopped in Los Angeles. 40 of my friends and family came to the concert. That was the most I’ve ever been nervous, as it was the moment I was going to show my family and friends what I’d bee doing and preparing in Korea for five, six years.” He continued, “I’m happy whenever I’m able to go to the United States. I’ve been to Houston before, and last time it was great so this time I’m also excited.” 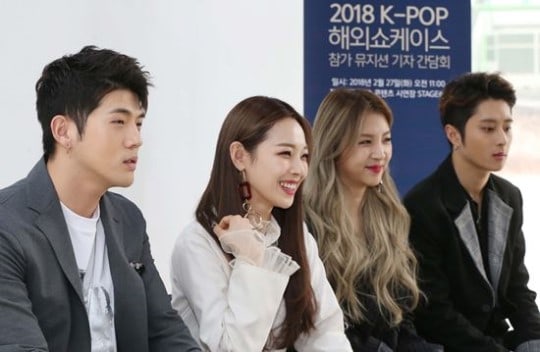 On KARD being the only active co-ed group, Jiwoo commented, “I think it’s an advantage for us, since we have all kinds of color. Having different types of voices and tones is a strong point for us. It’s also great because we’re able to try lots of different units.”

J.Seph then talked about having a strong fan base abroad. He explained, “I think people enjoy it because they think it’s trendy music and because the choreography comes out sophisticated and well. Though it’s a bit embarrassing to say it ourselves, I think the chemistry between the members is great as well.” Jiwoo also shared her thoughts by saying, “I think since we pursued and studied trendy music, our American fans liked that,” and also shared that their fans abroad preferred for them to sing the Korean versions to their songs and even frequently sang along with them.

The members also commented on their desire to promote in Korea more often. BM talked about the group wanting to have more opportunities to meet fans and performing in Korea. He shared, “I think we’re going to take this into account when we promote this time.” He continued, “We want to come in No. 1 at a music program for two weeks in a row.” The other members also agreed with wanting to promote further in Korea, as Jiwoo stated, “I want to meet with Korean fans more. They may be upset and we want to see them as well. We definitely want to take more time into promoting in Korea.” BM added, “Although our next album or single hasn’t been decided, we do want to focus more on our music after our tour. We want to promote more in Korea, and also meet our fans abroad, so we’ll work hard.”