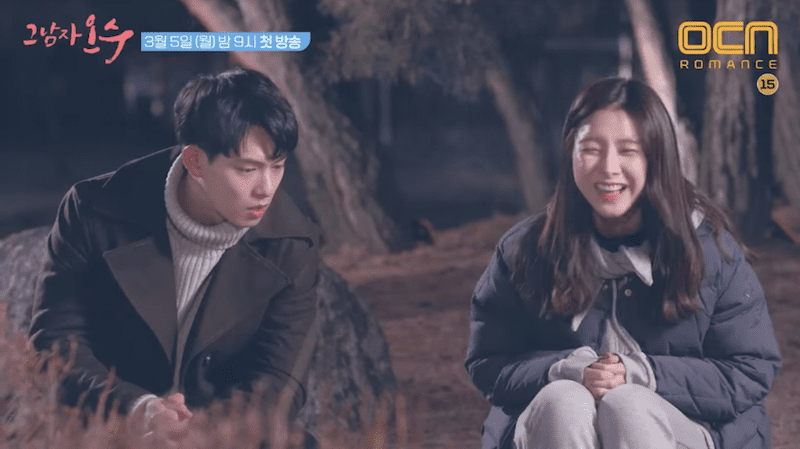 Watch: Lee Jong Hyun And Kim So Eun Are Clueless About Love In Previews For “Evergreen”

“Evergreen” is a fantasy romantic comedy about a love story of people in their 20s. It will be centered around a modern-day cupid who has never fallen in love named Oh Soo (played by CNBLUE’s Lee Jong Hyun) and a clumsy girl and energetic police officer who was recently dumped by her boyfriend named Seo Yu Ri (played by Kim So Eun).

The first preview starts with Lee Jong Hyun going about his life as a male voiceover asks, “He’s an MIT genius venture capitalist. Why would he want to serve coffee at a cafe?”

In contrast to his smart looks, he seems clueless about women and love. He sits in front of an angry woman who accuses him of tripping her and crushes the imagination of a little girl inside of an elevator. She looks up at him and says, “You look like a prince who marries Cinderella.” Without a moment’s hesitation, he responds, “Cinderella is not my type,” and makes Kim So Eun laugh in disbelief.

Kim So Eun and Lee Jong Hyun later run into each other on a late night run. She tells him she doesn’t want to talk to him and that he should continue to go wherever he was going. She seems to get angrier and tries to flip him over her shoulder. However, her demeanor towards him completely transforms after she downs a cup of coffee and approaches him with a different look in her eyes.

In another preview, Lee Jong Hyun looks like an ordinary barista brewing coffee at a cafe. He happily looks at the couples sitting inside of the cafe and adds a mysterious pink powder from a glass vial into the cups.

His older brother Oh Ga Na (played by Heo Jung Min) looks around the cafe and asks him what color pollen he gave the customers. He later explains, “A while ago, there were people who were chosen by trees, one of them being Oh Soo.”

He and Kim So Eun begin hanging out together and the preview ends with a scene of them kissing.

CNBLUE
Kim So Eun
Lee Jong Hyun
Evergreen
How does this article make you feel?