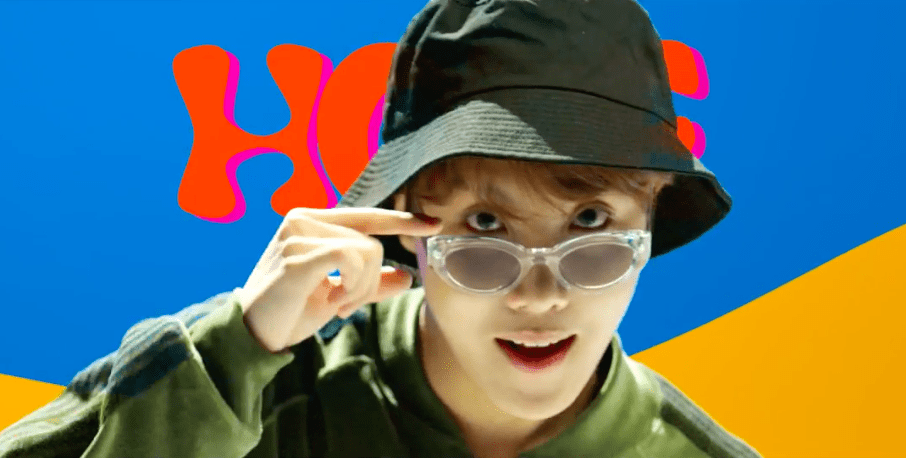 ARMY is celebrating the release of J-Hope’s mixtape and spreading the news by trending hashtags worldwide on Twitter!

J-Hope’s “Hope World” mixtape and the music video for his song “Daydream” were released on March 2 at midnight KST. As of 1:20 a.m. KST, the top 3 worldwide trending topics on Twitter were all about his mixtape — also known as “Hixtape”! The trending topics included the hashtags “HIXTAPEisComing,” “HopeWorld,” and “DaydreamMVoutNow.” J-Hope’s real name Jung Hoseok was also at No. 10! 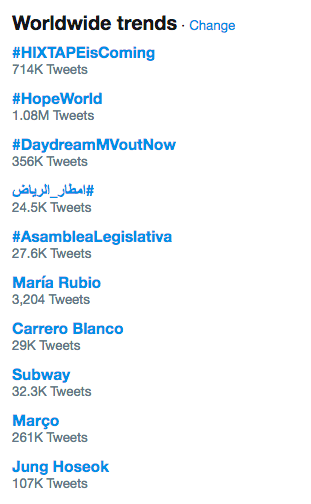 While the trending hashtags have been changing regularly (also including “HOPEWORLDMixtapeOUTNOW” and “DayDream”), the top 3 topics have continued to be about his mixtape!

Check out some of the fans’ reaction tweets below:

thank you for letting us in to hope world #HOPEWORLDMixtapeOUTNOW pic.twitter.com/X9FK5RyRFh

it makes me so happy that hoseok went for such a bubbly and fresh concept for Daydream because this is literally HIM, its the style that suits him and i'm also glad he called his mixtape Hope World because thats where it all started #DayDreamMVOUTNow #HopeWorldMixtapeOUTNow pic.twitter.com/Ux1FREUaS1

#HopeWorld was worth the wait, it exceeded any and all of my expectations. thank you hoseok for sharing your tremendous effort and hard work with us ? pic.twitter.com/NS5do7W6Rh

As the celebration of J-Hope’s mixtape continues, let us know what your favorite track on “Hope World” is below!