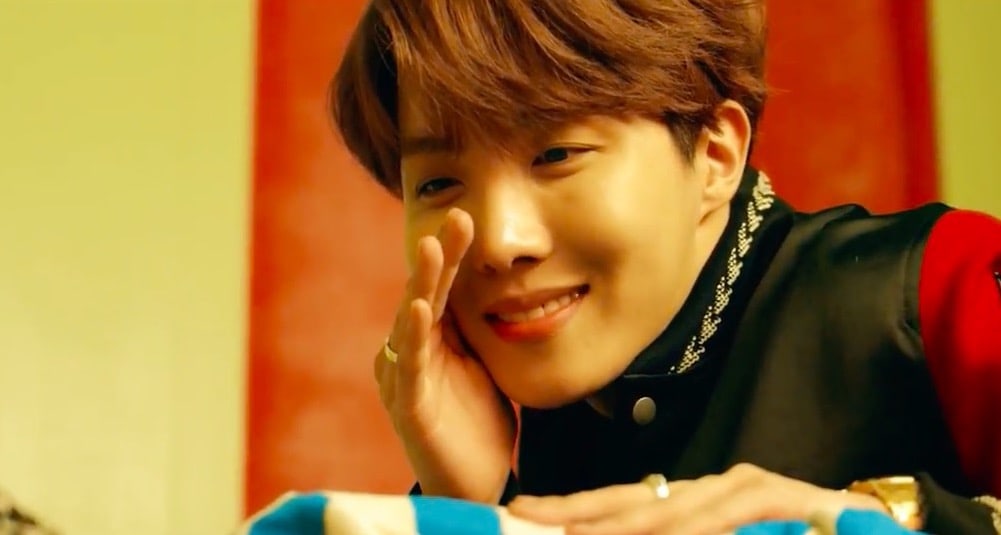 ARMY has been given the mission of finding a hidden BTS member in J-Hope’s new mixtape MV!

On March 2, J-Hope released his much-anticipated mixtape as well as a music video for his track “Daydream.” After it came out, he turned on Naver’s V Live to chat with fans about his new release. At the very end of the broadcast, he sent fans on a quest when he said, “One of the members is in the music video. Try looking for him!”

ARMY has been combing through the MV to try to figure out what scene the hidden BTS member might be in and who it is.

Many fans are wondering if the hand on J-Hope’s face belongs to one of the members, with some certain that it is Jin, RM, or another member just based on the shape of the hand!

A photo was also uploaded to BTS’s Twitter of J-Hope, Jin, and RM on the set of the MV.

1. Namjoon and Jin visited Hoseok on set!!
2. This hand looks like it could belong to either#HOPEWORLDMixtapeOUTNOW pic.twitter.com/S3rqyafpPg

Others have pointed out that the hidden member might be in other scenes, and shared their thoughts — and of course, some memes!

JHOPE: ONE OF THE MEMBER ARE IN THE MUSIC VIDEO

JHope: There's a member in the Daydream MV

Me: PARK JIMIN IS THE ASTRONAUT I CALL IT NOW

? Jung Hoseok said there's one member in his #Daydream MV.

Jin? or Joon? or Yoongi since he loves taking a nap. Lol?#DaydreamMVoutNow#HopeWorldMixtapeOutNOW#iHeartAwards #BTSARMY #BestFanArmy @BTS_twt pic.twitter.com/wc6faWLabu

Hoseok: There is a member in the #DayDream MV

Who do you think the hidden member in J-Hope’s MV is?