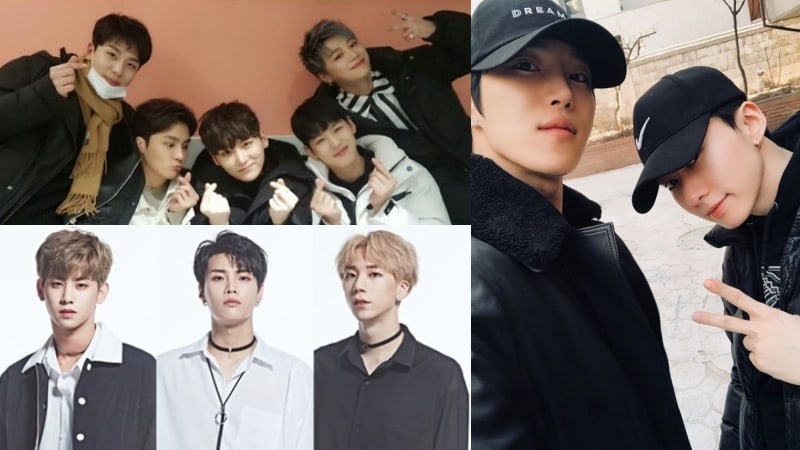 More groups will be attending the UNB fan meeting on March 3 to show their support for their members who made it into the group!

BIGFLO’s agency HO Company announced, “The members of BIGFLO will be attending the UNB fan meeting to cheer on member Euijin. BIGFLO will continue to actively support UNB, and we hope fans will also give them your love and support.”

It was also revealed that HOTSHOT’s Timoteo and Junhyuk will also be going to the event to show their support for fellow member Hojung. Timoteo said, “Though I unfortunately did not make it into the group, I know that Hojung will do well and do his best. Though our group’s members are currently part as members of Wanna One, JBJ, UNB, and HOTSHOT, I believe that we will have grown so much when we return as a full group.”

Brave Entertainment also announced that BIGSTAR members will attend the fan meeting. They stated, “Members Sunghak and Jude will be going to show their support for Feeldog, who is both the leader of UNB and BIGSTAR. They will cheer on the members of UNB, who are probably nervous about their first fan meeting as a group.”

Groups DIA and IM are planning to attend the upcoming fan meetings of project groups UNI.T and UNB respectively.

DIA will be attending UNI.T’s fan meeting in order to support their fellow member Yebin, who made it into the final team. Previously, the group had come to watch the “The Unit” final to cheer on Yebin and Somyi who had participated. Yebin came in second place and managed to become one of the members of UNI.T.

On the other hand, IM’s Giseok, Hangyul, and Taeeun will be attending UNB’s fan meeting in order to cheer on fellow IM member Kijoong as well as the rest of the UNB members they had worked together with during “The Unit.”

The members of IM had received much love on the show, and Hangyul and Kijoong were two out of the 18 male contestants performed on the final stage. Giseok was acknowledged for his stable singing skills and outstanding stage manners while Taeeun, nicknamed the “Idol Lee Min Ho,” was acknowledged for his charismatic personality and amazing dance skills.

Both UNB and UNI.T will be holding their fan meetings on March 3.

DIA
The Unit
IM (group)
UNB
UNI.T
How does this article make you feel?