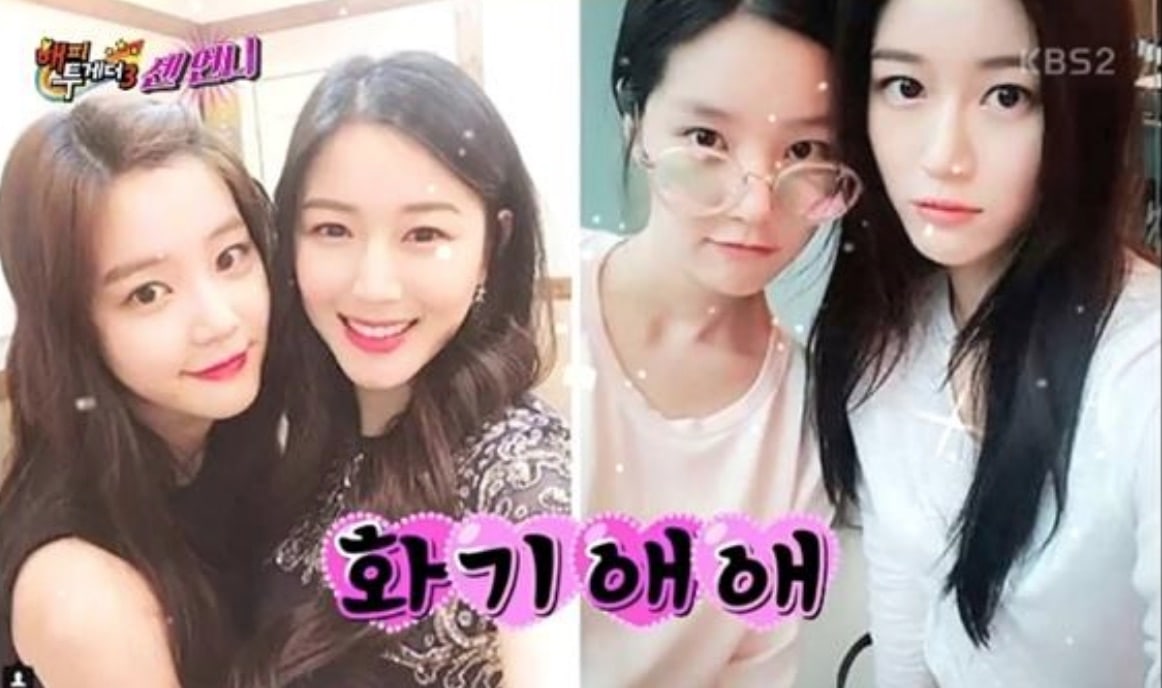 Actress Lee Da In recently appeared on the March 1 episode of “Happy Together” to talk about her relationship with her famous mother and sister.

Lee Da In is the daughter of the actress Kyun Mi Ri and the younger sister of actress Lee Yoo Bi, who has appeared in dramas like “Pinocchio” and “Scholar Who Walks the Night.” Lee Da In said, “There were a lot of uncomfortable moments when I first debuted. I felt a lot of pressure in thinking that I would reflect badly on my mother and sister if I did badly myself.” 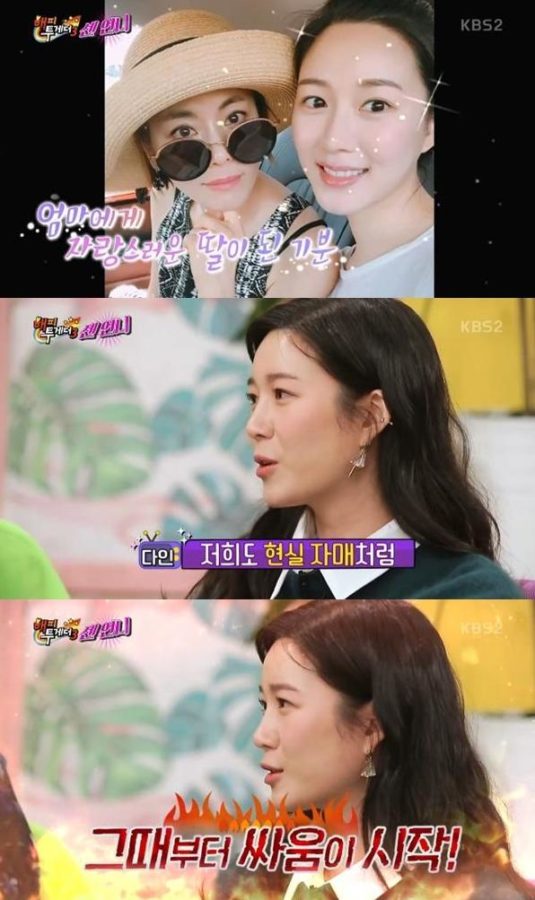 However, her relationship with Lee Yoo Bi is like any sibling relationship. She shared, “We fought a lot. Like a lot of sisters, we even swear at each other when we fight. We fight a lot because of clothes.”

She continued, “If I went out wearing her clothes without telling her, she would immediately contact me. I would get scared and deny everything and then we’d start to fight. My older sister is really good with words so I can’t win. When we fight through text messaging, sometimes my blood pressure rises to the point where I just block her.”

Lee Da In has recently garnered attention for her role in the hit drama “My Golden Life.” “My mom likes it a lot,” she said. “I’m glad that I could be a daughter my mother can be proud of. She gives me a lot of acting advice, down to little details like my expression and how I walk.” 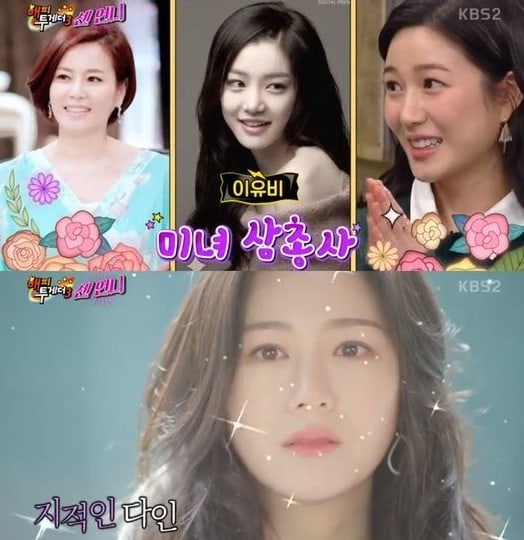 She also admitted that she gets mistaken for the older sister a lot. “There’s two years between us, but she has a childlike face so a lot of people think I’m the older one. Ever since she was young, my older sister has been energetic, cheerful, and playful. She has a lot of aegyo.”

You can watch the latest episode of “Happy Together” on Viki below:

Lee Da In
Happy Together
Lee Yoo Bi
Kyun Mi Ri
How does this article make you feel?