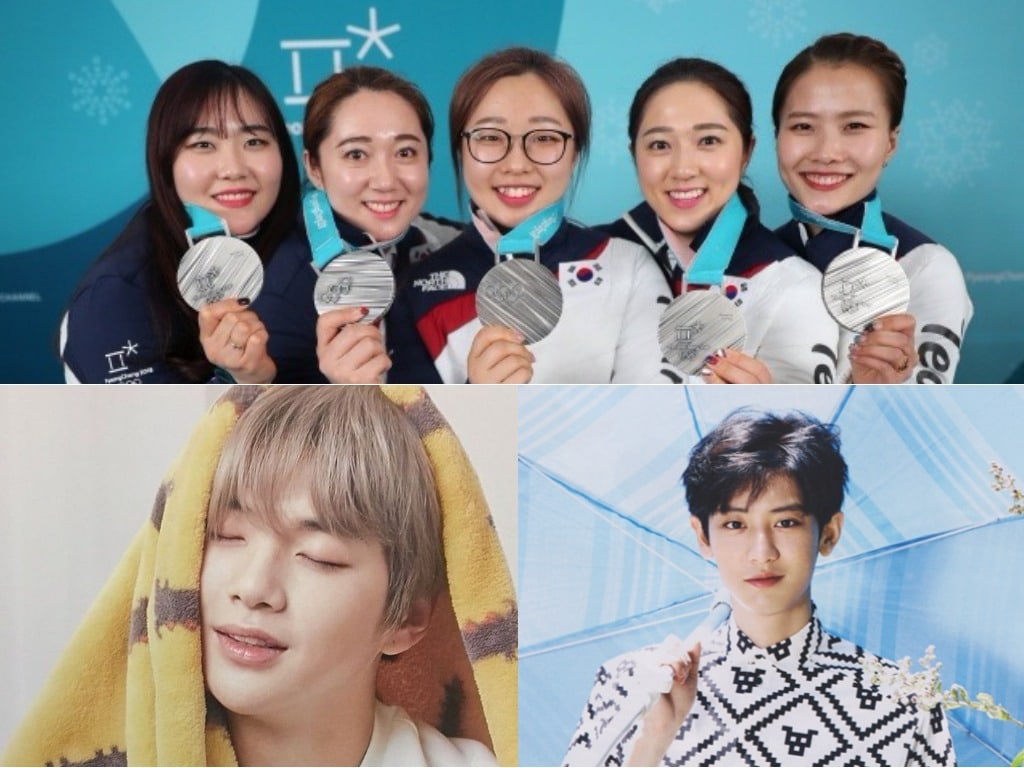 The South Korean women’s curling team became national stars after their brilliant performance at the 2018 PyeongChang Olympics won them a silver medal and South Korea’s first Olympic medal in the sport.

In an interview published February 28, the team shared which celebrities they would like to meet given their newfound fame.

Kim Kyung Ae shared that she was a fan of Wanna One’s Kang Daniel and said, “I put his photo up on my wall at home. Whenever I lost my temper during a game, I would think of his always-smiling face.”

Kim Young Mi (Kim Kyung Ae’s sister as well as teammate) added, “She bought a tablet computer one day and I thought she was watching curling videos. She was wearing headphones and smiling to herself so I went and looked and she was watching a Kang Daniel video. She practiced self-control during the Olympics by not putting his picture up in the dorm though.”

For herself, Kim Young Mi shared that she thought EXO’s Chanyeol’s choreography in “Growl” was really cool. Chanyeol had previously said that he’d like to meet Kim Young Mi because she and his mother share a name. (The curler’s name became famous after her teammate Kim Eun Jung was heard calling it out during the Olympics.)

Kim Sun Young said, “I like watching TV. I relieve stress by seeking out variety shows and dramas. I tell my teammates about dramas I like to watch. I like the actor Go Kyung Pyo.”

Kim Eun Jung said, “Lee Kyu Hyung, who plays Hae Rong in ‘Prison Playbook,’ made an impression on me.”