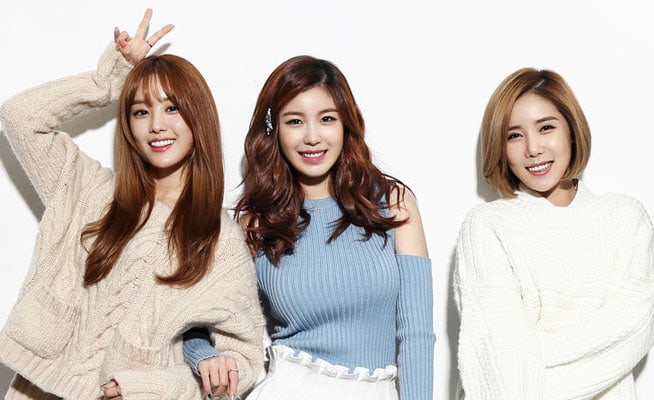 TS Entertainment has given an updated statement in regards to Secret after Song Ji Eun’s announcement about her departure from the group.

Previously, it was reported that Song Ji Eun had submitted a request to the Korean Commercial Arbitration Board in August 2017 to verify that her contract with TS Entertainment is no longer valid and that Jun Hyosung was also in a legal dispute with the agency due to nonpayments. Song Ji Eun soon followed up with a personal announcement that she would be departing from Secret and that she had received a ruling that her contract was not valid.

On March 2, TS Entertainment stated through a press release that they as an agency, as well as the other Secret members, were not informed of Song Ji Eun’s decision to leave the group. The agency added that the final official ruling of Song Ji Eun’s request has not yet been given, and that they will be taking legal action if she continues any activities that have not been agreed upon.

TS Entertainment’s statement reads, “While they were actively carrying out group promotions, the Secret members had expressed their desire to pursue individual activities. In positive accordance with their thoughts, we supported their activities but while under exclusive contract, one of the members cut off contact. We asked her to honor her exclusive contract, and requested she conscientiously fulfill both her individual and Secret’s group activities. In the midst of this, we learned about one member’s unilateral announcement made on social media about her departure from the group and the dissolution of her contract.

“In order to find out the truth, we checked if this had been discussed with the Secret members beforehand, but we have discovered the other members had been unaware of her departure and were very shocked to learn about what was written above.

“In line with the mutually agreed-upon exclusive contracts, if the Secret members express their desire to promote as a group now, then we will do our best for group promotions like in the past. If they wish to release music or be active in other ways, we have the intention of preparing for and carrying out [their wishes] at any time.

“However, if they continue to carry out unauthorized activities that have not been agreed upon with us, we would like to inform that we will actively respond with severe legal action. Furthermore, in regards to what one member claimed about the invalidity of her contract, we would like to explicitly state that this is not the final ruling given by the courts.

“We would once again like to bow our heads in apology to the many people who have been keeping an eye on this agency and its artists that such trouble has arisen.”

Secret
Song Ji Eun
How does this article make you feel?