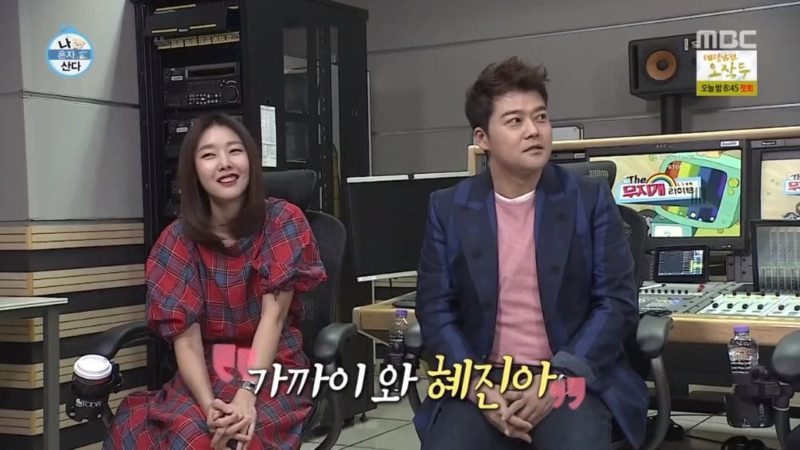 Jun Hyun Moo and Han Hye Jin have told their love story on “I Live Alone.”

On the March 2 episode of MBC’s “I Live Alone,” the members of the Rainbow Club called an emergency meeting after the news of Jun Hyun Moo and Han Hye Jin’s relationship.

Lee Shi Un, who arrived at the shoot first, felt apologetic towards Jun Hyun Moo and explained, “When we were in the U.S., I talked about Han Hye Jin behind her back to Hyun Moo. I don’t know, let’s just congratulate them.” Gian84 joked, “Are we here to congratulate them? I couldn’t even meet my deadlines. But I don’t think Hye Jin will come.” The two members then jokingly discussed removing Jun Hyun Moo from his position as the president of the club. 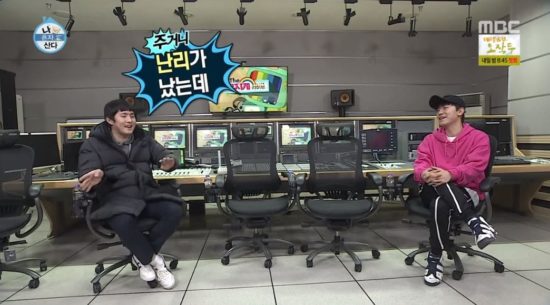 Park Na Rae was the next to arrive, having just finished her shoot for tvN’s “Comedy Big League.” On her way to the shoot, an MBC employee asked her in the elevator if she had known that the two were dating, to which she replied, “I could tell.” When she met with the other cast members, she shared, “To be honest, I thought it was weird in Los Angeles.” Lee Shi Un then was suspicious of Gian84 and Park Na Rae, as the two also had a running love line, and asked them, “Are you guys for real?” The two then teased him, as Park Na Rae joked, “Shall we tell him?” while Gian84 made everyone laugh by saying, “Even if we’re not, it kind of feels like we need to now.” 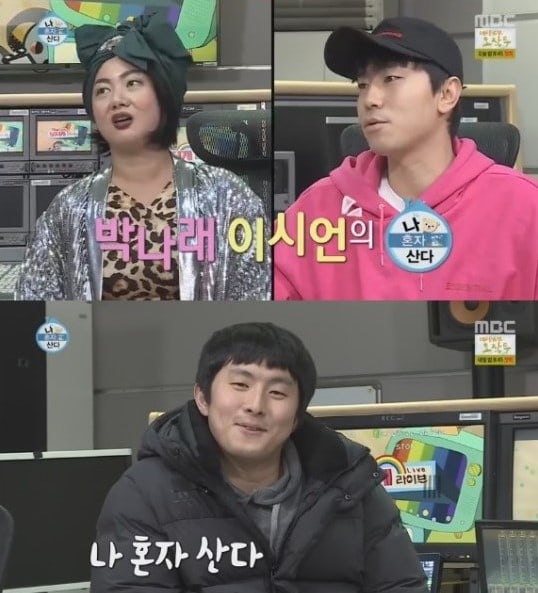 Han Hye Jin appeared more shy than her usual self, and commented, “I have around 50 messages that I have to check.” Jun Hyun Moo then apologized towards the cast members and said, “I’m sorry that we couldn’t tell the rainbow club’s chat room beforehand. But it’s really a world where we can’t trust anyone.”

Longtime friend of the Rainbow Club and frequent guest Henry also video called into the emergency meeting. Because he was abroad, he wasn’t aware of the couple’s dating news, and was quite shocked when he found out. Jun Hyun Moo told him, “Say hello. This is my girlfriend.” When Henry asked if it was for real, Jun Hyun Moo answered, “The news is still in the real-time search rankings. We beat G-Dragon and his enlistment.” 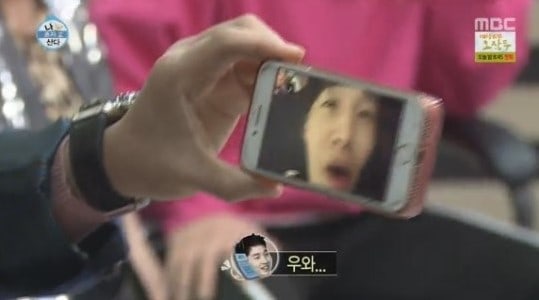 The rest of the cast then attempted to figure out when the two started dating. After their guesses, Jun Hyun Moo confirmed, “It was last year, on December 25, while we were practicing for the dance for the entertainment awards. Afterwards, we ate together and talked a lot. That was our first day.” 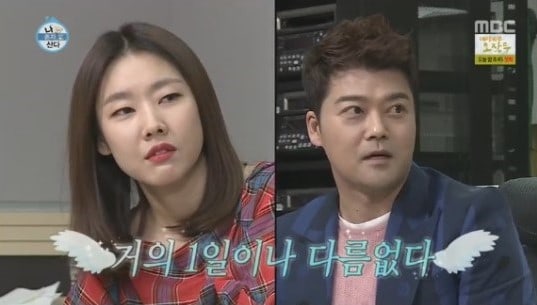 The two then talked about the papparazzi following them. Han Hye Jin explained that she had a gut feeling and commented, “We said we would be careful, but after a while a car started to follow me. It was scary. They were watching areas near my house. They also were looking down from above.”

Jun Hyun Moo continued, “I thought that Han Hye Jin was being too paranoid. I told her it was just her gut feeling but then the next day they started following me too. I thought that we needed to be careful. But even if we wanted to date secretly, because she’s so tall, it’s impossible to hide.” 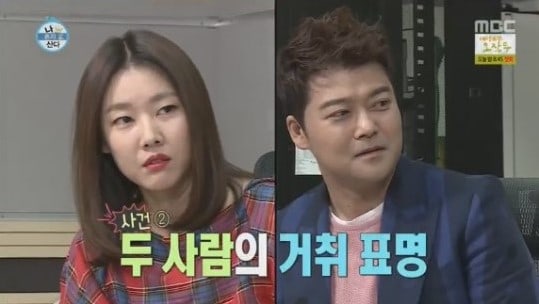 Lee Shi Un then asked the couple if they had kissed yet, to which Jun Hyun Moo just pointed out that he’s over 40 years old, implying that this was obvious. This surprised the actor, and made the rest of the cast laugh. The cast then mentioned the many times they had told Han Hye Jin to lower her standards for the men that she dated. She adorably and shyly responded, “Why would I lower my standards? If I had lowered my standards, I wouldn’t have dated a guy like Hyun Moo.”

The couple then asked the cast to act as if everything was normal for their future shoots. Jun Hyun Moo even brought up the topic of marriage and stated, “Marriage isn’t an easy topic. We’re not dating lightly either.” He also then shared his nickname for Han Hye Jin was “cutie,” as she had a cute side to herself.