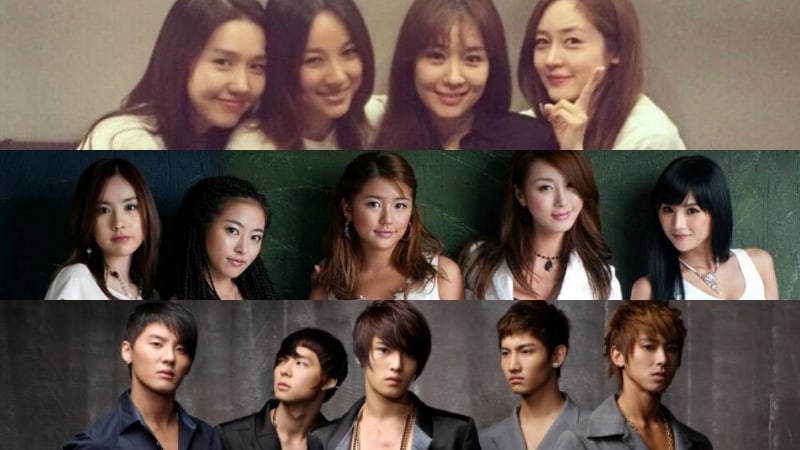 Koreans Vote For Their Dream Reunion Performance By An Idol Group

With the excitement surrounding H.O.T.’s reunion on “Infinite Challenge” recently, Koreans were asked what other artists they’d like to see perform together again!

On March 2, the online survey company PMI shared the results of a survey of 2,382 men and women in their 20s to 50s. They were asked which artists they’d like to see team up again for a reunion performance.

The girl group fin.K.L came in first place with 41.9 percent of votes. fin.K.L made their debut in 1998, and featured members Lee Hyori, Ock Joo Hyun, Lee Jin, and Sung Yuri. With the members remaining active in the entertainment industry and often showing their friendship, it seems that many fans are hoping for a reunion of the quartet.

In second place is the girl group Baby V.O.X, with 19 percent of the votes. Baby V.O.X was active from 1997 to 2006, and was one of the first groups to break into the rest of Asia as part of the Korean Wave.

Groups that follow in the ranking include R.ef with 15 percent of votes, Chakra with 12.6 percent, and S♯arp with 11.4 percent.

Which idol group would you like to see reunite for a performance?

TVXQ
Fin.K.L
Baby V.O.X
How does this article make you feel?