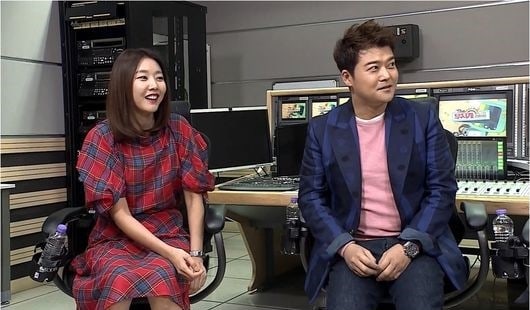 “I Live Alone” has achieved a new ratings record!

According to Nielsen Korea on March 3, the March 2 episode of MBC’s “I Live Alone” achieved ratings of 11.7 percent (first part) and 15.5 percent (second part). The latter is a 4.6 percent jump from last week’s 10.9 percent and the highest ratings that the show has ever recorded.

During the episode, the Rainbow Club held an emergency meeting to talk about the news of Jun Hyun Moo and Han Hye Jin’s relationship. This appears to have been the main reason behind viewers’ interest in “I Live Alone,” as both celebrities are cast members on the show and this was their first time talking openly about their relationship on air since the news broke earlier this week.

It also beat out the other shows in its time slot, including KBS’s “Hyena on the Keyboard” (0.9 percent) and SBS’s “Baek Jong Won’s Alley Restaurant” (5.1 percent and 5.4 percent).