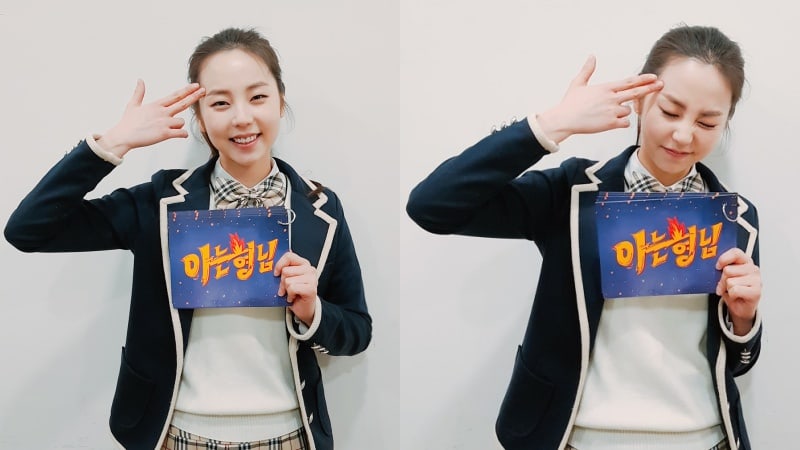 Ahn So Hee is set to visit the classroom of JTBC’s “Ask Us Anything” and producing director (PD) Kim Su Ah explained how they invited her onto the show.

The PD stated, “Ahn So Hee actually approached us first to know if she could appear on the show. She said that she’s enjoyed watching the show, and Sunmi had told her that she would be taken care of if she appeared, saying that even Kang Ho Dong had changed from before.”

Ahn So Hee has mostly focused her TV appearances on beauty programs, and “Ask Us Anything” is set to be her first variety show since leaving Wonder Girls in 2015. Though many think she has a chic and cool image, she showed a more relaxed and joking side of herself in the preview. Kim Su Ah said, “People think she’s going to be quiet and reserved, but she had a lot of fun on set. People are going to see an energetic and cheerful side of her.”

“Ask Us Anything” is also set to bring Ahn So Hee and Super Junior’s Kim Heechul together. Kim Heechul is well-known for being a huge fan of Ahn So Hee, even choosing her as the female celebrity who makes his heart race on tvN’s “Taxi” and adding, “I’ve never met her before. But she’s like an oasis in the entertainment industry for me.” The PD said, “From the moment she walked through the door, Kim Heechul couldn’t look at Ahn So Hee properly. We’ve never seen him so shy before, even the other cast members were surprised. He was so shy around her.”

Super Junior
Ahn So Hee
Knowing Bros
Kim Heechul
How does this article make you feel?