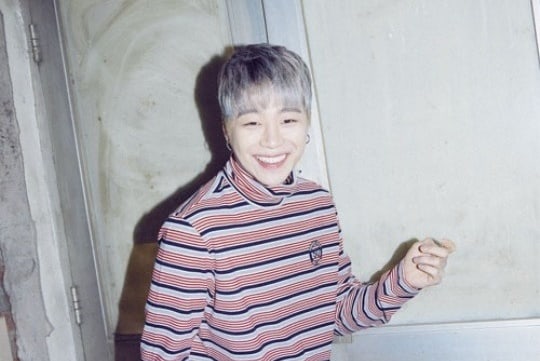 BIGFLO’s Euijin, who took second place on “The Unit,” recently completed a photo shoot with International bnt. Euijin pulled off various looks in the photo shoot – a boyfriend-look in denim, a sporty look in a striped turtleneck top, and a chic look in an all-black outfit.

Euijin sat down for an interview after completing his photo shoot and was first asked how he felt about having the opportunity to appear in “The Unit” despite joining BIGFLO recently. He answered, “I struggled to think about my role as a member who joined halfway. I wanted the public to know more about me and BIGFLO through ‘The Unit.'” He humbly mentioned that the happiest moment of the show was when he first attained ninth place, rather than when he had achieved first place later on.

Euijin was asked about his relationship with Seyong, who he often had disagreements with. He shared, “There’s bound to be frictions within a survival program, but they have no effect on our friendship.” He also mentioned that he started off the show with low self-esteem, but gained more confidence when Taemin complimented him.

Euijin was acknowledged for his dancing on “The Unit.” He shared that Feeldog was the member who inspired him to do well. He explained, “We knew each other previously, so I was aware that he excels in dancing. I was motivated by Feeldog and at the same time, I learned a lot from him. While being on “The Unit,” there were other participants who inspired me as well. One was B-Jyoo, and the other was Ji Hansol. When I watched them dance, they both gave off strong vibes and performed in ways I hadn’t even thought of. They both had really unique colors, and that motivated me to do even better.”

He also talked about sharing the same name as Euijin from SONAMOO. “Euijin has more popularity and comments [online] than I do, so that made me work harder. I naturally support her more as we share the same name.”

Out of all the mission songs, he chose “STAY + Chained Up” and “Question” as his best performances. He shared, “The songs themselves were good. Furthermore, the members had great teamwork, which made it memorable. I was glad to have met so many good people through ‘The Unit.’ Everyone was friendly and got along well, and I especially got close to Boyfriend’s Donghyun, Lee Geon, Daewon, and Feeldog.” He laughed while mentioning, “We made a group chat for every mission song, and we still contact each other even now.”

When asked about being an idol who had already completed military service, he responded, “Honestly, I started to dream of becoming an idol after enlisting. I debuted as a part of A.cian after completing military service. Due to the circumstances of the company, however, I left A.cian and became part of BIGFLO. I am really thankful for the members’ support in my journey on ‘The Unit’ and it made me want to be more successful with them as a team.”

Euijin shared that BIGBANG is his role model, saying, “I want to be in a group that has distinct colors.” When asked about his resemblance to BTS’s Jimin, he expressed, “I find it interesting [that people say we look similar], but it does make me feel good. Jimin is a talented dancer. As someone who also dances, I am already grateful that people say we look alike. But I would be more grateful to hear that we have similar vibes when dancing. I’m thankful that I resemble such a talented senior, and it makes me feel like I’ve been acknowledged. At the same time, it feels like I’ve been given a mission where I have to try showing off my unique charms as well.”

He added, “Besides looking like BTS’s Jimin, I do have a history of looking like other celebrities. It’s slightly embarrassing for me to say it myself, but when I had a bowl cut, some people said I looked like Taemin. I have also heard that I looked like actors Chun Jung Myung and Yeon Jung Hoon. And now, some say I look like Jimin.”

Euijin also talked about some other challenges that he would like to try besides being a singer. “I would definitely want to try out various fields. As much as I would like to try acting, I hold back because of my height. I would want to appear in a variety show at least once, probably a show like SBS’s ‘Running Man’ that takes you around to different places,” he shared.

When asked whether he thinks he’s at the age to be dating, he responded, “As I get busier, I don’t think about being in a relationship. I would like to focus on developing new sides of myself.” He also shared that his ideal types are Han Ji Min and Song Hye Kyo. He described his ideal woman as someone who he can learn from.

Euijin felt grateful for the love and support he received from his fans in “The Unit.” He added that instead of taking their support for granted, he will think of his fans as his co-existence and repay them with greater love.

Bigflo
International bnt
Euijin (BIGFLO)
How does this article make you feel?