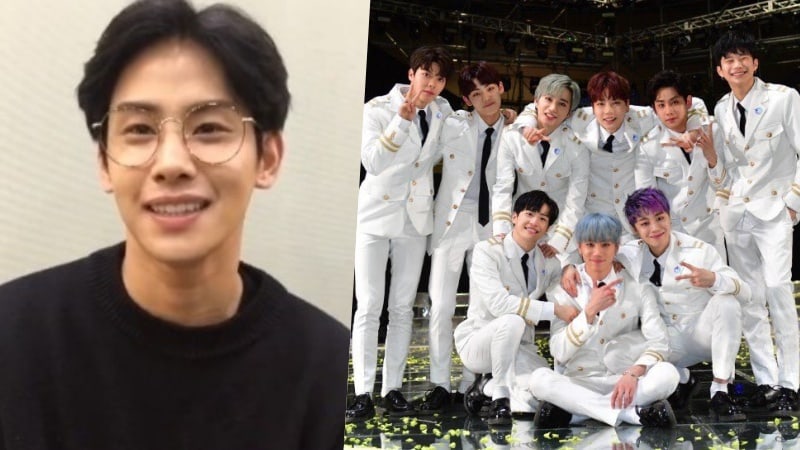 Fans asked what was Hojung’s first impressions of the other UNB members. He laughed and answered, “Kijoong is very cute, I can’t help but to think that he looks like a baby. But, he’s also scarily tall. Kijoong is like an angel, he feels like a baby angel. He’s cute.”

He added, “Marco’s personality was different from what I expected. I thought it was his concept. Knowing him longer, I realized that he really has a four-dimensional personality, and that makes him very charismatic. He can be goofy too.” When asked about U-KISS’s Jun, he said, “I instantly became close with Jun. I can’t quite recall my first impression [of him]. I believe it was a positive one, as he is someone that gets along well with others easily. I felt that he is someone who likes to socialize, is active, and kind.”

Hojung smiled and recalled, “Euijin and I came across each other several times when we had activities in the past. He gave me a sense of familiarity. Now that we’ve come this far, it reminds me of the past. I was glad to have met him and wished good results for both of us. Euijin makes me feel at ease when I am with him.”

One of his fans asked if he was close to Hansol, he replied, “Yes, I became close with Hansol as we were in the same team during evaluations. He is someone that I would often look for. He is shy and has an introverted personality. He has a hard time warming up to people, but we became closer sooner than I expected.”

UNB had their first fan meeting this evening in Seoul.

HOTSHOT
Hojung
UNB
How does this article make you feel?