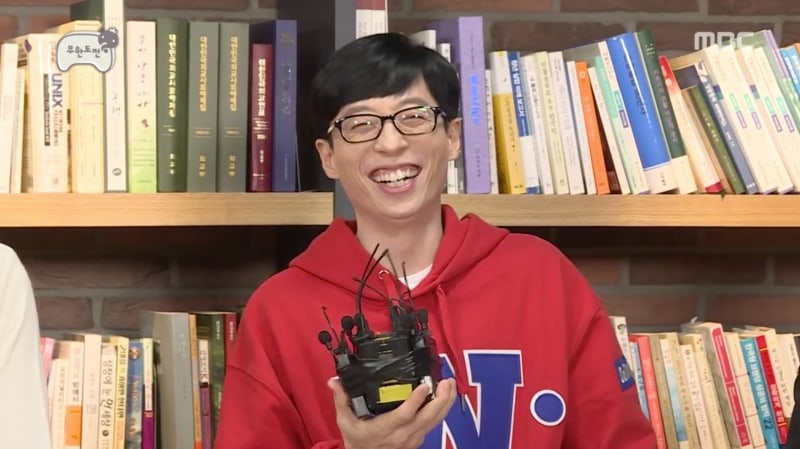 On the March 3 broadcast, the members began the show by talking about the positive reactions from “ToToGa 3: Return of the Kings H.O.T.” and reminisced about the H.OT. special.

The cast then said H.O.T. wasn’t the only ones that needed congratulating and got up to sing and applaud Yoo Jae Suk. It was previously reported on February 19 that Yoo Jae Suk and his wife Na Kyung Eun are expecting a second child.

Haha talked enviously about his second child and said, “You’re born and your dad happens to be Yoo Jae Suk.”

The members then poked fun at the comedian. Yang Se Hyung said, “When we have a hard day of filming, you say that you’re tired, but I guess you still had some strength left.” Haha added, “He is the king of energy” and asked if he still gets nervous when he sees his wife. 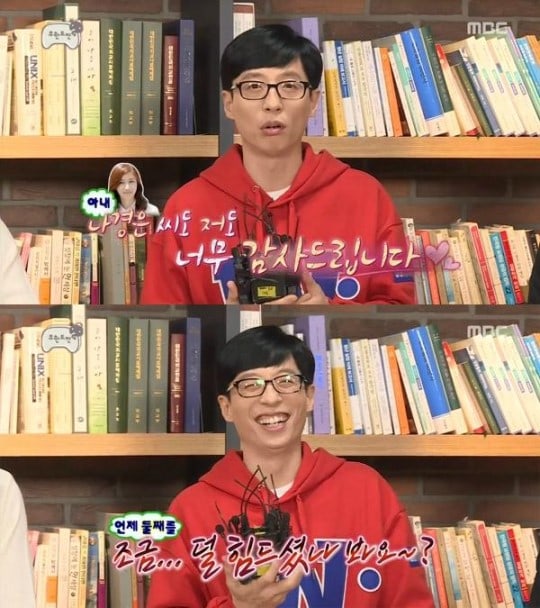 Yoo Jae Suk was happy but careful about the news and said, “We’re still in the early stages [of pregnancy], so we couldn’t tell people around us. The article came out earlier than we expected. I think I should save my words for later.”

When Haha asked him if he prefers a son or daughter, Yoo Jae Suk replied, “It doesn’t matter if it’s a boy or girl. I’m happy.” He added, “I received more text messages from colleagues than when I received the Grand Prize. On behalf of Na Kyung Eun, I want to take this opportunity to thank all of you for congratulating us. I will repay you throughout my life.”