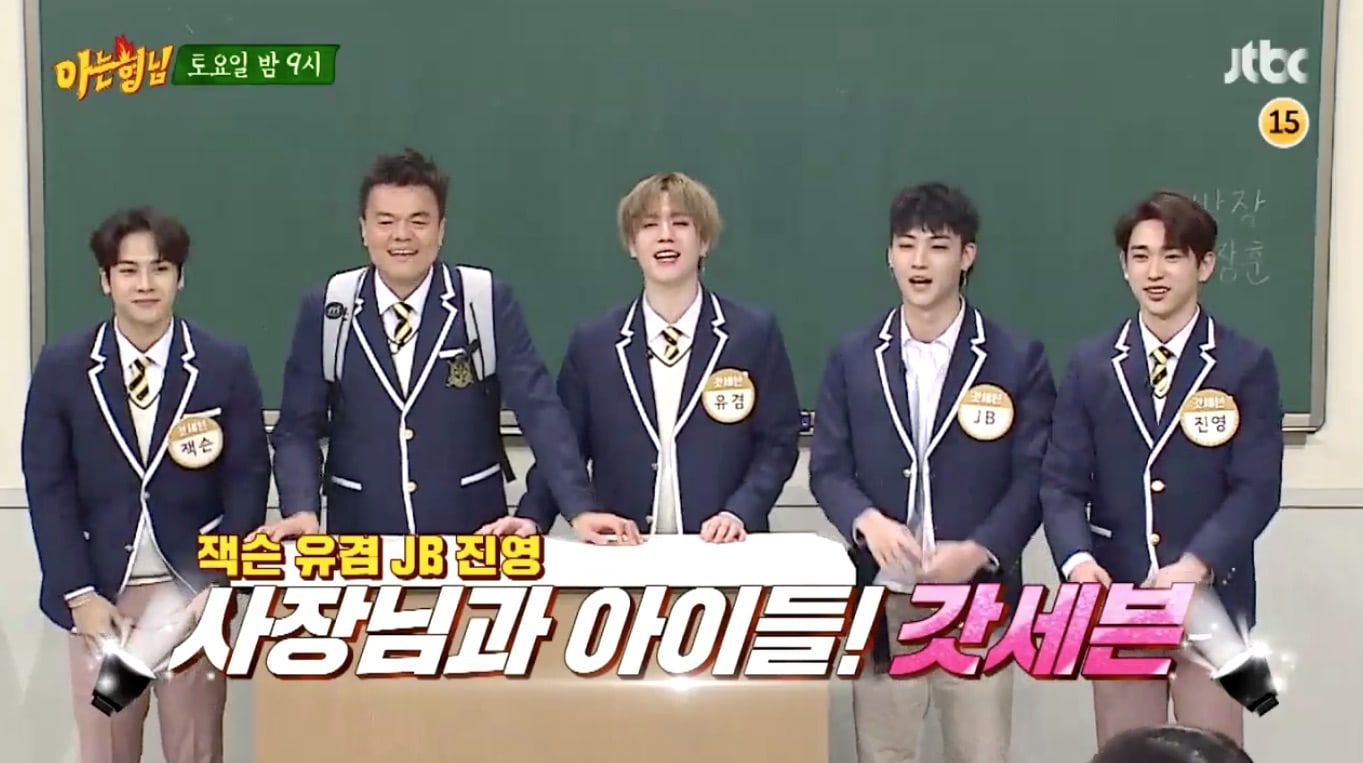 Watch: Park Jin Young And GOT7 Bring The Laughs In “Ask Us Anything” Teaser

The upcoming episode of JTBC’s “Ask Us Anything” is sure to bring the laughs with JYP Entertainment’s Park Jin Young and GOT7!

The teaser video for next week’s episode shows Park Jin Young and GOT7 visiting the variety show’s classroom set.

The video starts off relatively calm with everyone introducing themselves but things quickly devolve into hilarious chaos. Not only does the cast pick up on the fact that Park Jin Young shares the same name as GOT7’s Jinyoung, but they also convince JB to pinch Park Jin Young’s cheeks as a sign of affection. Park Jin Young’s past with Seo Jang Hoon is brought up, with Jackson asking him, “YG or JYP?” The members of GOT7 also impress with their dance moves.

Super Junior’s Shindong makes a surprise appearance in a corner that takes everyone on a trip down memory lane to a time of old-school jokes and pagers. Through the segment, they play a game of karaoke where if they get the words wrong, a group of people with toy air hammers descend upon them to dole out a punishment.

Check out the fun teaser below!

GOT7
Super Junior
Knowing Bros
Park Jin Young
Shindong
How does this article make you feel?