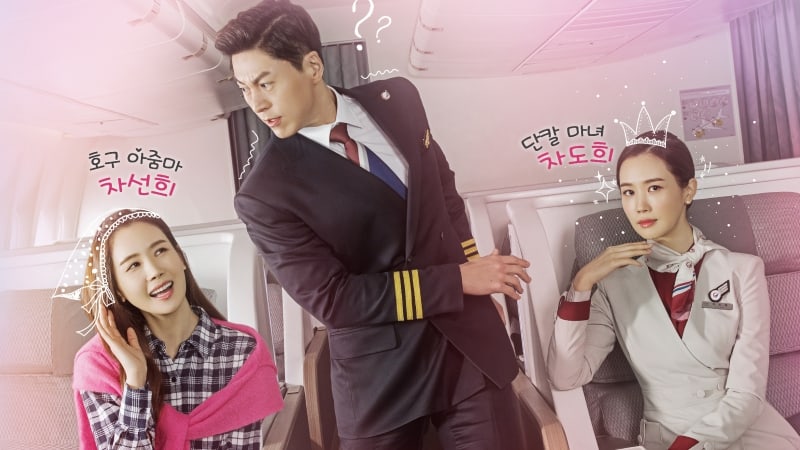 SBS’s drama “The Good Witch” is off to a strong start.

According to Nielsen Korea, the March 3 episode of “The Good Witch” achieved 11.7 percent in viewership ratings nationwide. Though it was its premiere episode, the drama placed first in its time slot, as tvN’s “Hwayugi” achieved 5.9 percent while the premiere of MBC’s “My Husband, Mr. Oh!” achieved 10.4 percent.

Afterwards, contrary to both her and her sister’s expectations that everything would go smoothly, Cha Sun Hee ended up taking her sister’s place once more. She boarded a plane to Baghdad with Song Woo Jin, the CEO of the airline Oh Pyung Pan (played by Lee Deok Hwa), Woo Jin’s mother Kim Gong Joo (played by Moon Hee Kyung), and more. Cha Sun Hee also managed to get on the stone-cold pilot’s bad side, by accidentally touching and even kissing him when the plan was shaking due to turbulence.

The Good Witch
How does this article make you feel?