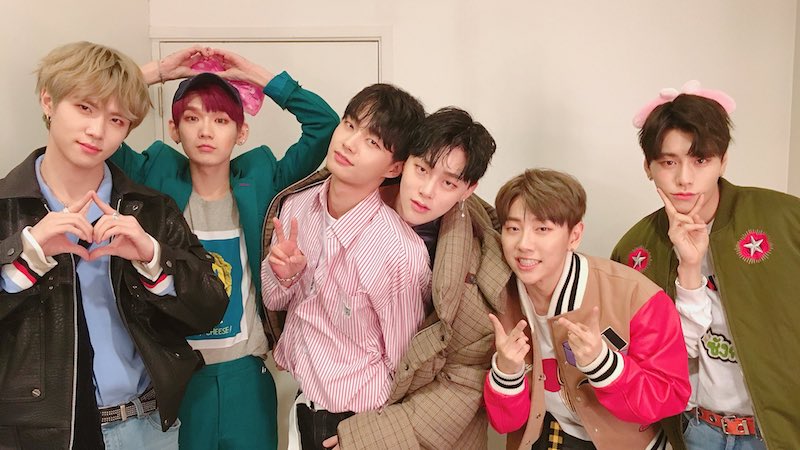 With Kim Yong Guk’s birthday on March 2 and Kwon Hyun Bin’s on March 4, the two members celebrated through a V Live broadcast on March 3.

During the broadcast, it was revealed that leader Noh Tae Hyun had stayed up until 2 a.m. to edit a special video for the members’ birthdays. He also lost all his video data at one point, so the other members rushed to help take new videos during the past couple of weeks.

Part of the video, which was uploaded on Twitter, shows the members secretly mouthing “happy birthday” as they film Kim Yong Guk and Kwon Hyun Bin during their daily lives. Kenta and Kim Dong Han are also shown singing the “Happy Birthday” song at karaoke.

The full video is over six minutes long and can be seen on JBJ’s fancafe. It shows them eating street food together and visiting Kim Yong Guk’s birthday advertisement at a subway station and also includes messages from the members.