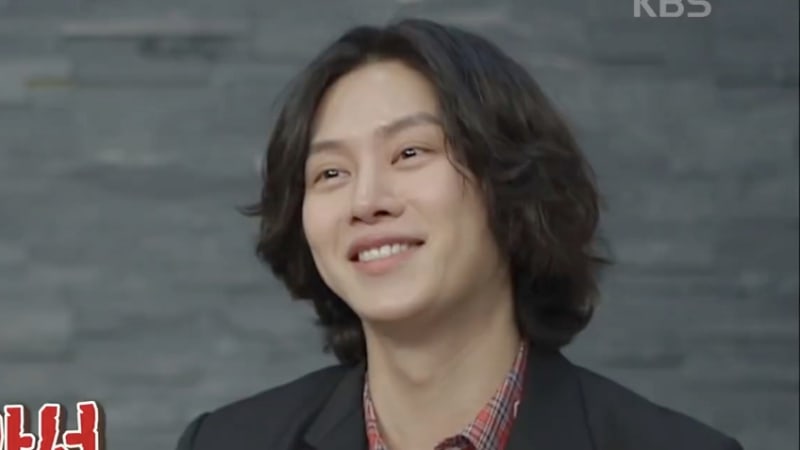 Super Junior’s Kim Heechul has opened up about an insecurity that’s been bothering him recently.

On the March 3 episode of KBS 2TV’s new variety show “1 Percent Friendship,” Heechul surprised the other stars on the program by revealing that he’s worried about hair loss.

The idol explained that even though he used to have a full, thick head of hair, he recently noticed that he’s lost a lot of hair. “When I shoot variety shows, they sometimes use a Jimmy Jib crane to film me,” he said, recalling a time when he realized his scalp was visible on camera. “I was watching [myself on] television at home when I thought, ‘Why is there white on my head?'” 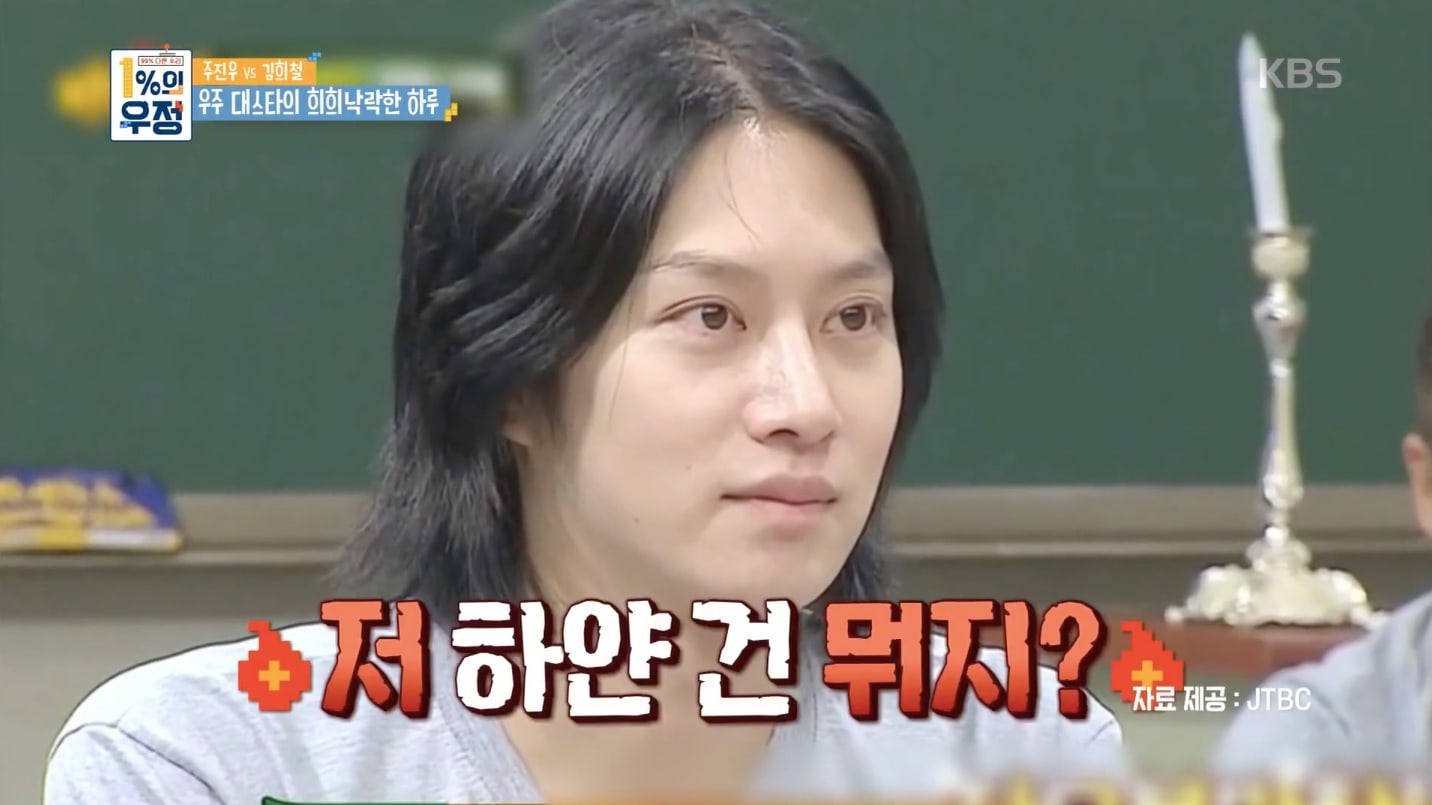 When the production staff couldn’t resist giggling in response to his story, Heechul asked with a laugh, “Is this funny? I’m visiting a clinic regularly because I’ve developed hair loss, and you find that funny?”

The Super Junior member went on to share that he’s recently become so preoccupied with hair loss that whenever he meets someone new, the first thing he looks at is their hair. “I don’t look at people’s faces first,” he confessed. “I always look at people’s hair instead.”

MC Bae Chul Soo attempted to comfort him, saying, “Don’t worry so much about it. So what if you lose some hair?”

However, Heechul remained unconvinced. “It’s easy for you to say that because you have a lot [of hair],” he replied. “It’s like Bill Gates telling someone, ‘So what if you lose some money?'” 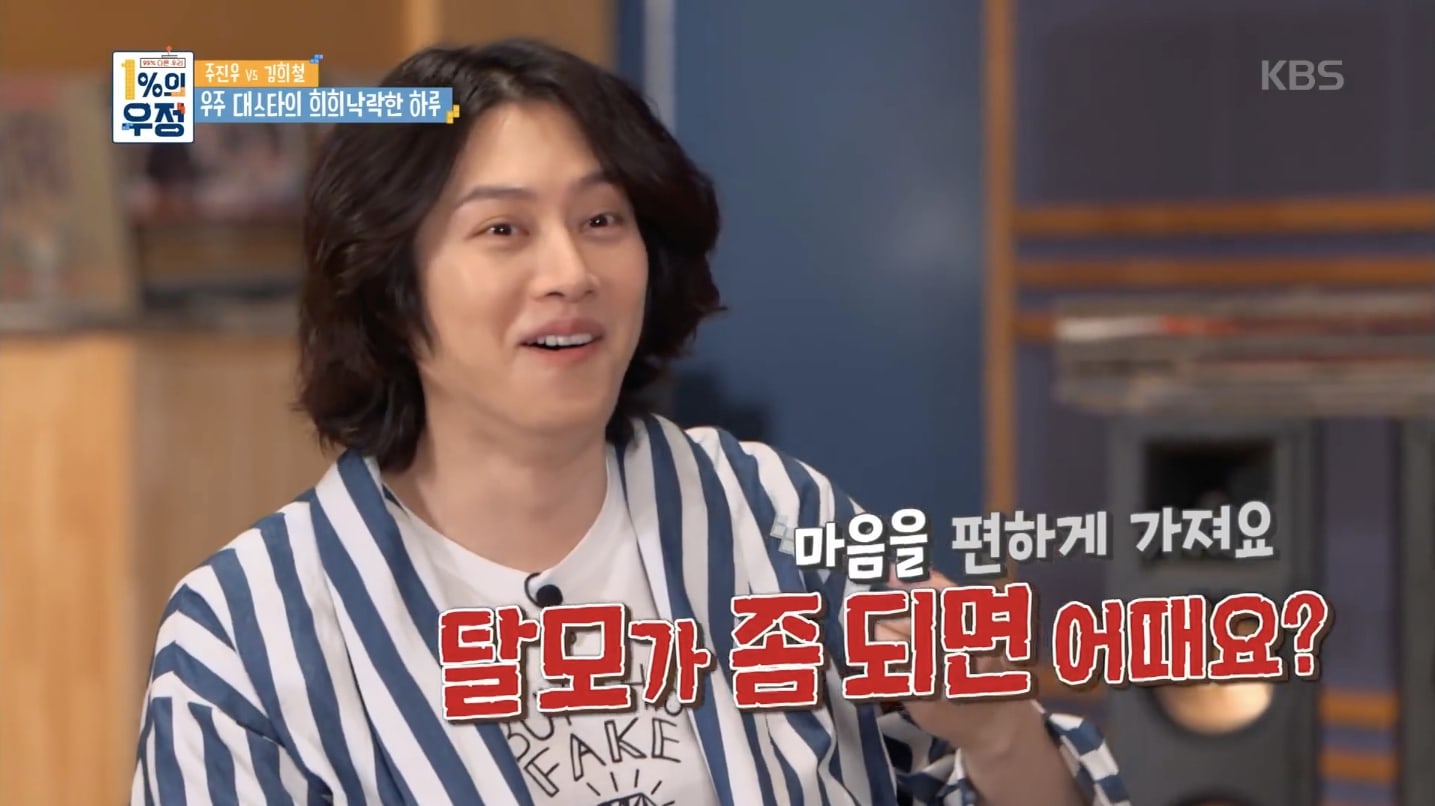 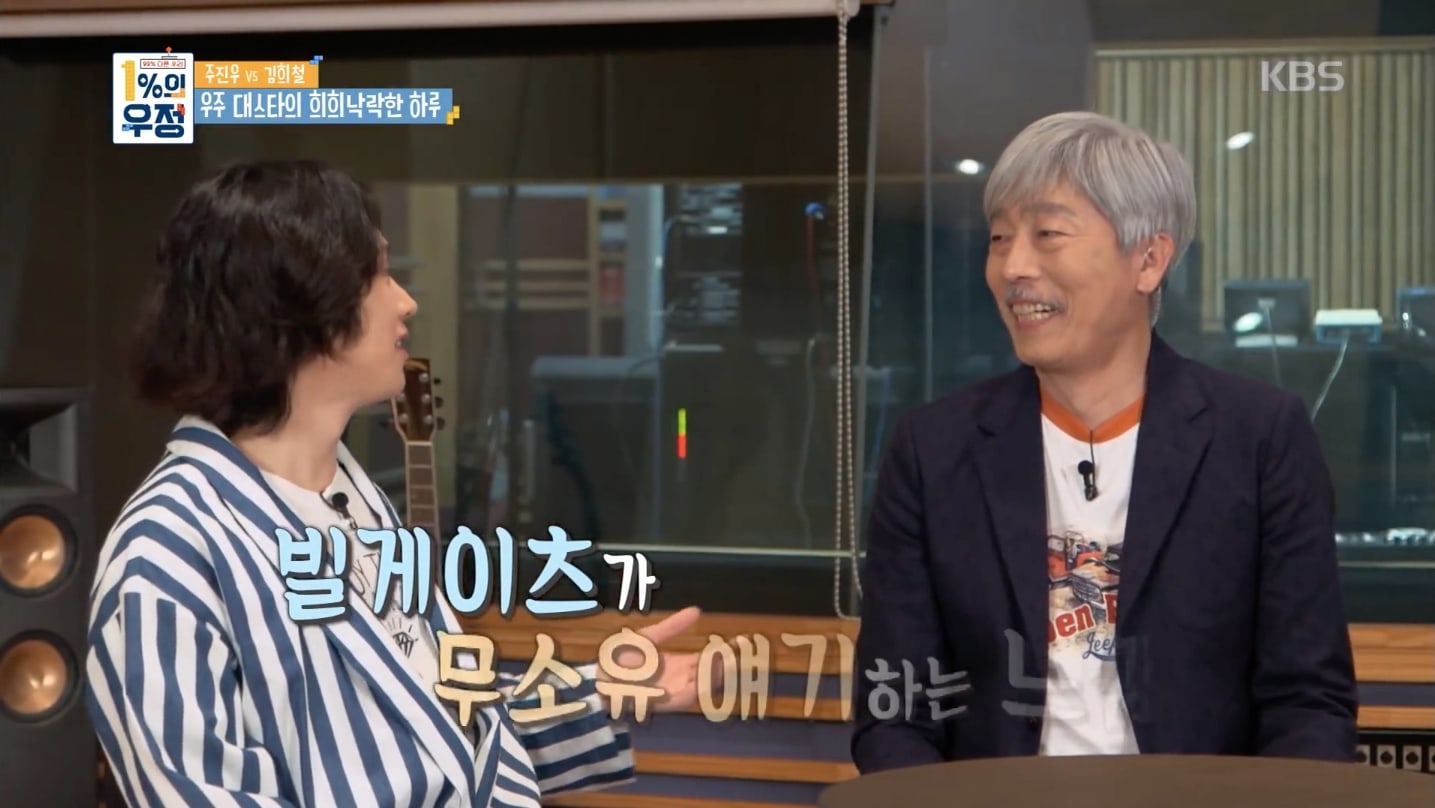 Super Junior
Kim Heechul
1 Percent Friendship
How does this article make you feel?