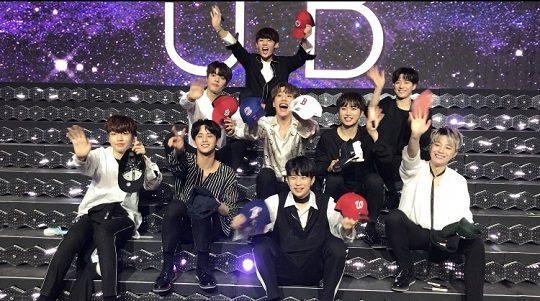 UNB To Embark On Overseas Tour And Meet With International Fans

“The Unit” male group UNB has finalized plans for an overseas tour that will begin in late April!

UNB is set to make their official debut in early April, and at the end of that month, they will travel overseas to perform for fans from all over the world. The group will be holding 20 events in a total of eight locations, which include Thailand, Singapore, Japan, Hong Kong, and China.

A representative stated that the contract for UNB’s overseas tour has been signed and added, “UNB will first tour three cities in Japan, performing in Zepp music halls in Osaka, Nagoya, and Tokyo on April 22, 23, and 25 respectively. The members of UNB are excited to hold their first overseas fan meetings and are busy preparing for their Zepp tour.”

UNB kicked things off with a Korean fan meeting on March 3, which attracted approximately 2100 fans to the venue. The members shared a special moment with their fans, repaying them for all their love and support during KBS’s idol rebooting project “The Unit.”

Are you excited to see UNB on their overseas tour?