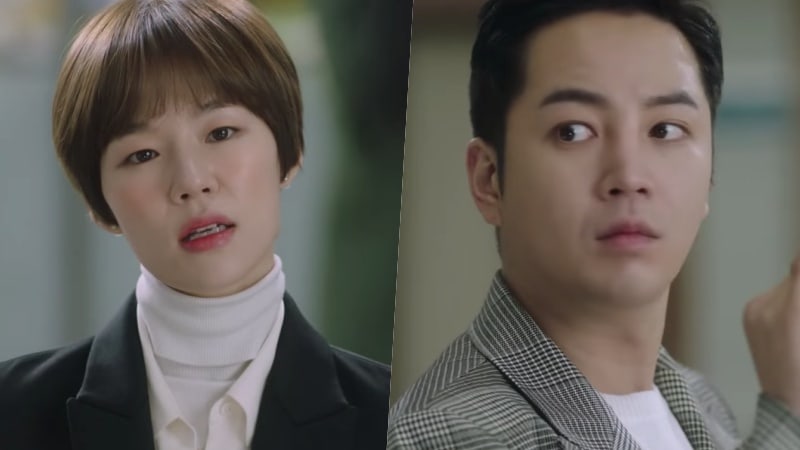 The video begins with Sa Do Chan (Jang Geun Suk) confidently walking with his posse while a voiceover says, “He’s a famous conman,” and “His IQ is 168. He’s a total genius.” The scene then cuts to Han Ye Ri taking down a suspect and introducing herself as prosecutor Oh Ha Ra.

The production staff of “Switch” stated, “The drama will follow the story of a conman who finds himself becoming a prosecutor through an unlikely series of events. Jang Geun Suk will impress as two different characters, and he and Han Ye Ri will captivate viewers together.”

As the follow-up to “Return,” “Switch” will begin airing in March.