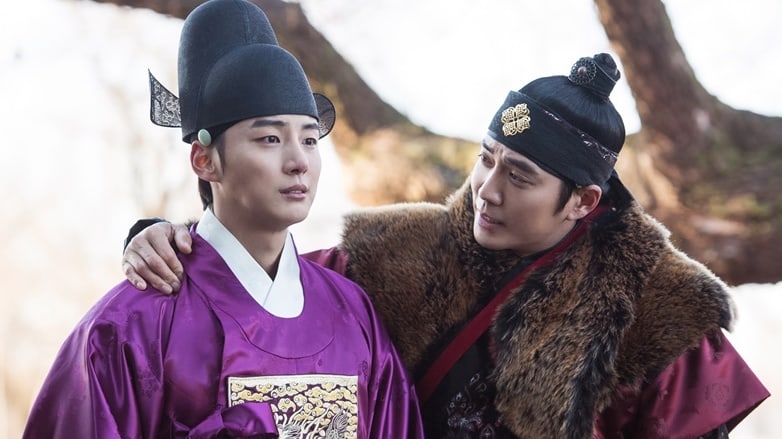 Yoon Shi Yoon and Joo Sang Wook are locked in a tense and silent battle in new stills for TV Chosun’s “Grand Prince.”

“Grand Prince” is the story of two princes who are not only fighting for control over the throne, but they are also willing to do whatever they can to win the heart of the most beautiful woman in the Joseon Dynasty. Yoon Shi Yoon plays Lee Hwi, the third in line for the throne and whose popularity and good looks make him the perfect husband material. On the other hand, Joo Sang Wook plays the ambitious Lee Kang, the older brother of Lee Hwi who has big dreams for his future.

The upcoming episode of “Grand Prince” will show the two brothers at odds with each other. They throw verbal jabs at each other with terse smiles on their faces, and though Joo Sang Wook has his arm around Yoon Shi Yoon’s shoulder in a seemingly friendly gesture, tension can be felt between the two. 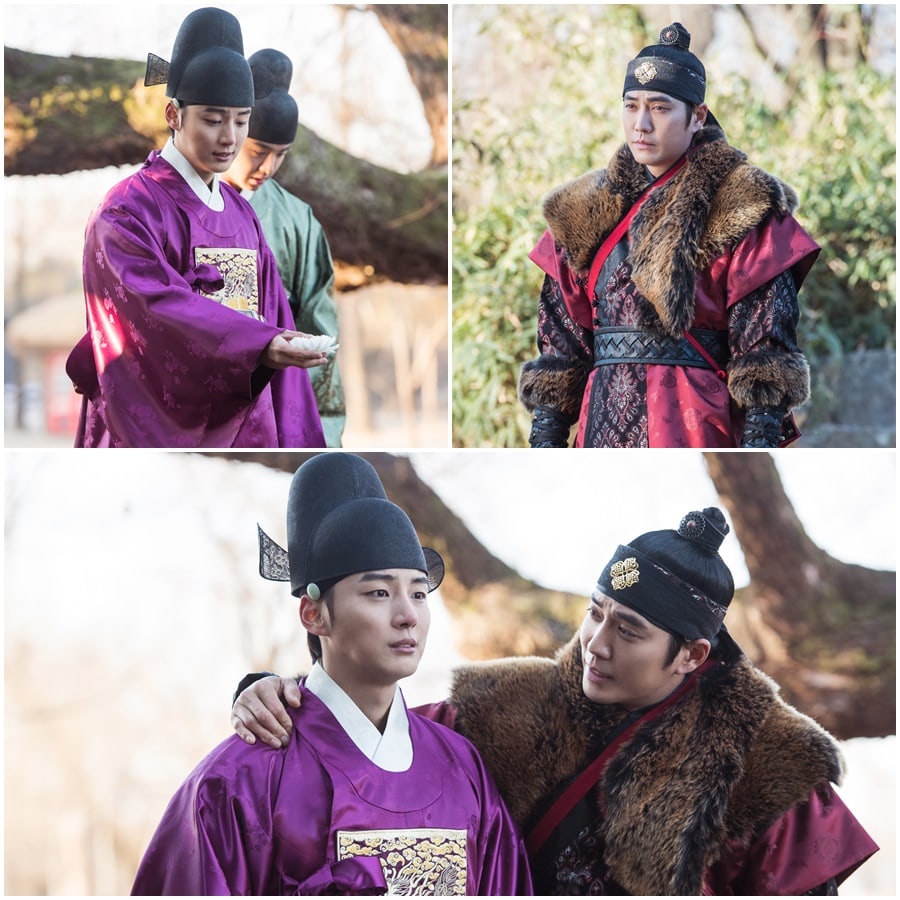 The production staff of “Grand Prince” stated, “Yoon Shi Yoon and Joo Sang Wook perfectly portray two brothers who are locked in a tense battle over power and love. Please anticipate the conflicts that will continue to deepen between the two.

“Grand Prince” airs every Saturday and Sunday at 10:50 p.m. KST and is available exclusively on Viki.