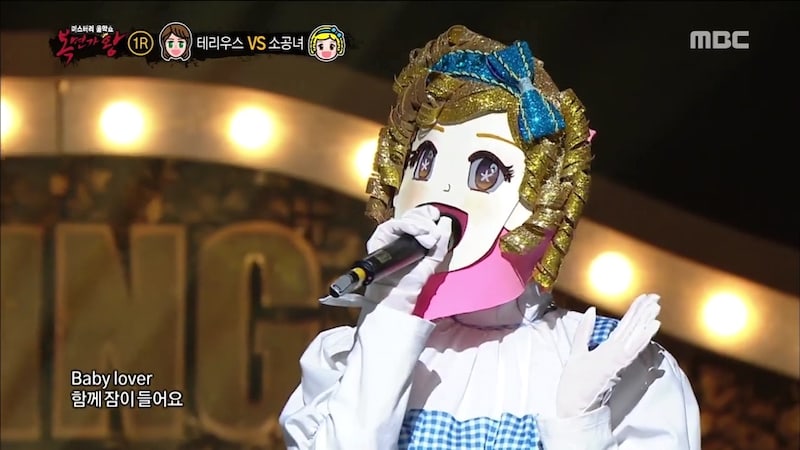 During its March 4 broadcast, MBC’s “King of Masked Singer” revealed the identity of a girl group member known for her notable dance skills and sweet voice.

In the first round, new contestants “Terius” and “A Little Princess” faced off while singing Clazziquai’s “Romeo N Juliet” in sweet harmony. Both singers charmed the audience with their soothing yet unique voices.

While both were praised by the panelists, “Terius” moved on to the next round by a narrow margin of 51 votes to 48 votes.

As she sang Han Young Ae’s “Rhinoceros,” “A Little Princess” unmasked herself and revealed that she was none other than Oh My Girl’s main dancer and lead vocal YooA. 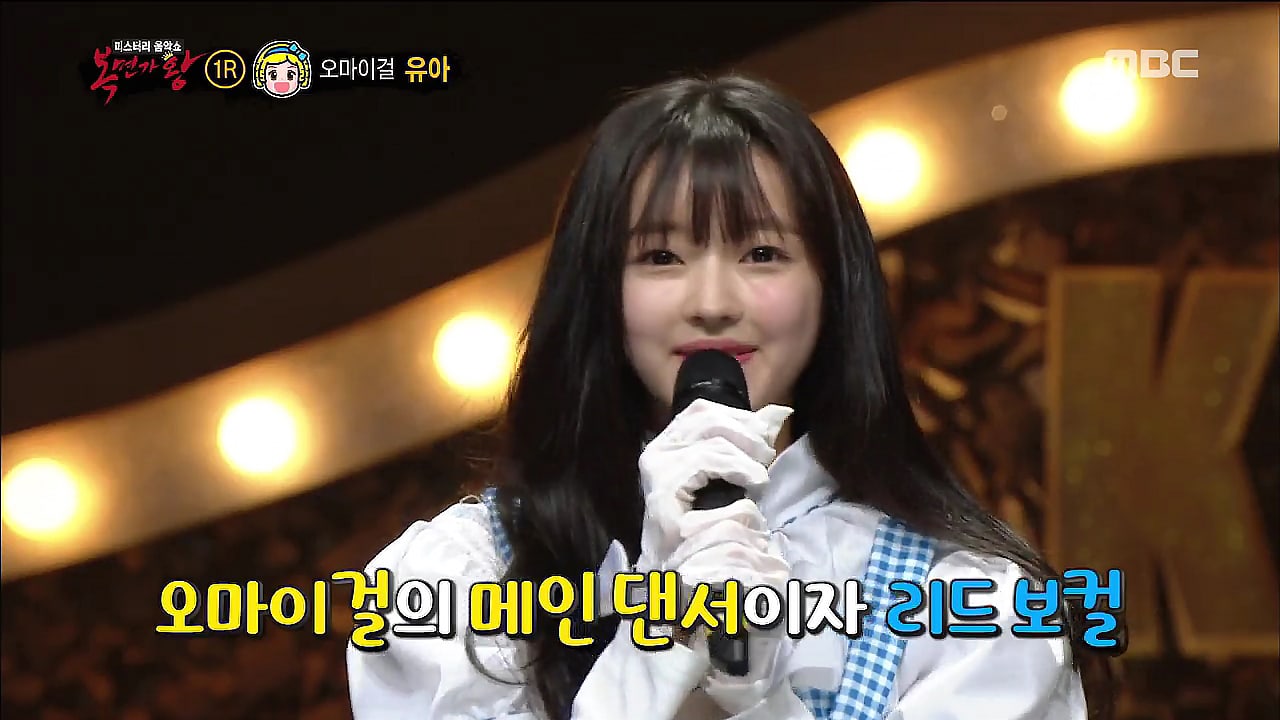 Everyone couldn’t hold back their surprise, especially because YooA had been a guest panelist herself for eight episodes.

YooA shared, “When I watched [as a panelist] back then, I felt like both the singers and non-singers all seemed like birds soaring in the sky. After standing and singing here, I feel very, very happy because I feel like I’ve become one of those birds.”

The MC and panelists also asked the idol about her song choice as “Rhinoceros” was released in 1988, seven years before YooA was born. She explained, “I am a big fan of Han Young Ae. I think it’s the best feeling that I could sing that song here.”

She wrote, “‘King of Masked Singer,’ which I had fun preparing for, has finally aired! How was my performance? Did you enjoy it?” Referencing Yoo Cherry, the Korean name for the protagonist of “Cardcaptor Sakura,” YooA added, “I’m this kind of cherry!?” and thanked everyone for liking her stage.

Check out YooA’s performances as well as the other contestants on the latest episode of “King of Masked Singer”!

Oh My Girl
YooA
The King of Mask Singer
How does this article make you feel?