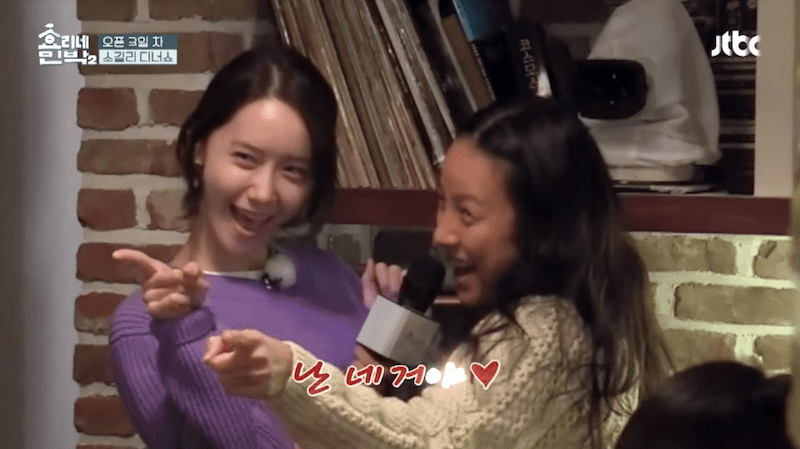 Watch: Lee Hyori Returns To Her Fin.K.L Days And Jams Out With Girls’ Generation’s YoonA

Lee Hyori and Girls’ Generation’s YoonA performed an impromptu cover of a classic Fin.K.L hit! on the March 4 broadcast of JTBC’s “Hyori’s Homestay 2”!

During the broadcast, one of the guests revealed he brought a bluetooth microphone. Saying they should test the microphone out, he turned on Fin.K.L’s “To My Boyfriend” before handing the microphone to Lee Hyori.

Lee Hyori commented to YoonA, “[Lee Sang Soon] is probably going to really hate this,” as she began to sway back and forth. As one of the original four members of Fin.K.L, Lee Hyori energetically performed the first part of the song. She then handed to the mic to YoonA, who also joined in.

After they hilariously lipsynced Ock Ju Hyun’s part, the pair delighted the guests even more as they acted cute during the chorus.

Everyone but one person enjoyed the nostalgic performance. When Lee Hyori made eye contact with Lee Sang Soon, who had been outside, he commented, “I saw everything,” with a disgruntled look on his face.