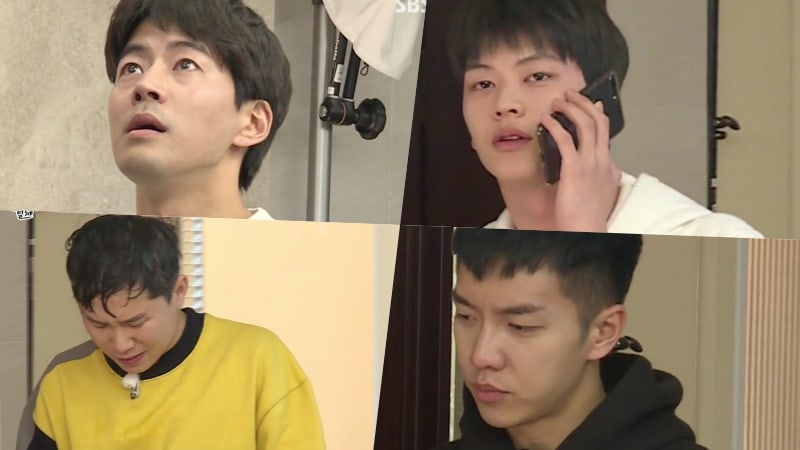 The members of “Master in the House” had an acting battle in front of veteran actress Yoon Yeo Jung.

In the latest episode of the SBS variety show, Lee Seung Gi opened up to Yoon Yeo Jung with a worry he had and said, “I find myself thinking a lot about my acting these days.” She gave him some earnest advice as she stated, “I think acting gets more difficult the longer you do it. I always try to take on new challenges because I don’t want to limit myself as an actress.” 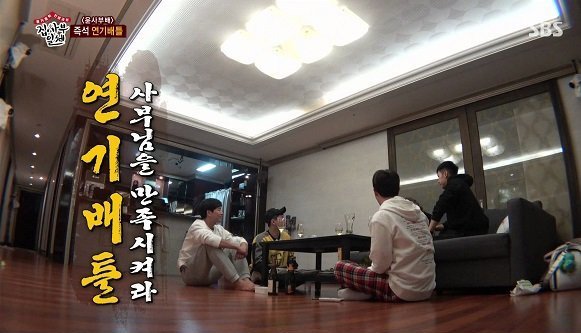 It was then that Yang Se Hyung suggested the cast act in front of Yoon Yeo Jung and receive feedback from her, leading to the show’s first “‘Master in the House’ Audition Competition.” The members were given a detailed prompt and props to put on quite the show. Yoon Yeo Jung took on her task as a judge seriously, using her 52 years of acting experience to give them sincere advice and critiques.

Under the theme “Breakup,” Lee Sang Yoon began by acting out scene where he pretends to push down anger and sorrow without uttering a single word. When it was his turn, Lee Seung Gi unexpectedly had everyone laughing when he walked into the room, looked at a tiger plush and said, “What are you looking at?” He tried and failed to keep his laughter in twice before switching his prop to a mobile phone instead. 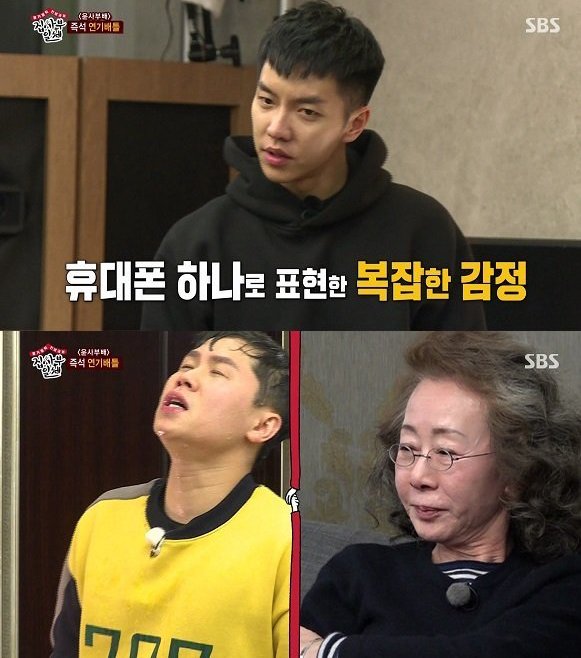 Yang Se Hyung acted out a scene in the rain by spraying his face and hair with water in the bathroom. He pretended to be a man hurt from a breakup, even leaving his umbrella in the rain in shock. Finally, BTOB’s Yook Sungjae pretended to be someone wanting to be consoled by his mom and friends on the phone after a breakup.

Yoon Yeo Jung praised all of them for their efforts and said, “You were all good. Lee Sang Yoon expressed the kind of emotions you’d expect to see in a melodrama because of his background in acting. Although Lee Seung Gi laughed, his prompt of getting annoyed at the plush was good since it showed how everything annoys you after a breakup.” She had everyone laughing when she added, “The one who put in the most effort was Yang Se Hyung.”

Check out the latest episode of “Master in the House” below!