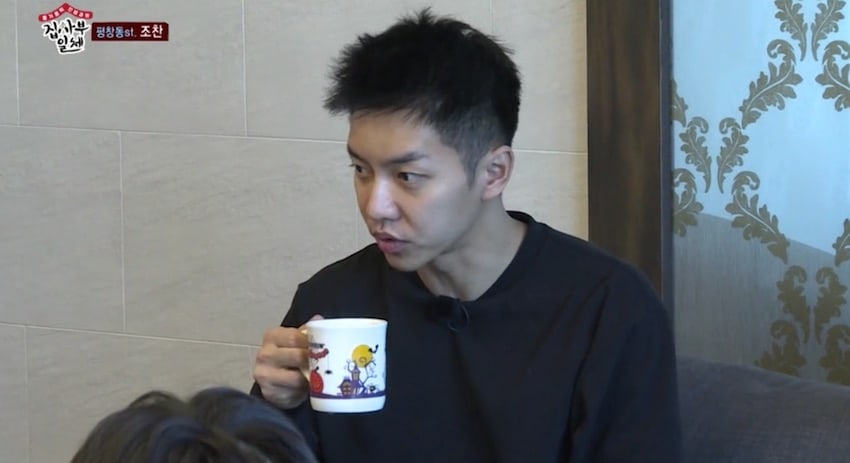 On the March 4 episode of SBS’s “Master in the House,” the cast members spend the night at actress Yoon Yeo Jung‘s home.

After a good night’s rest, they gather for breakfast and Yoon Yeo Jung explains that she doesn’t drink coffee and drinks wine instead as directed by her doctor. Lee Seung Gi then talked about how he’s not drinking because of filming for his drama “Hwayugi,” and then talked about how most people get wasted on their last day in the military but he didn’t. 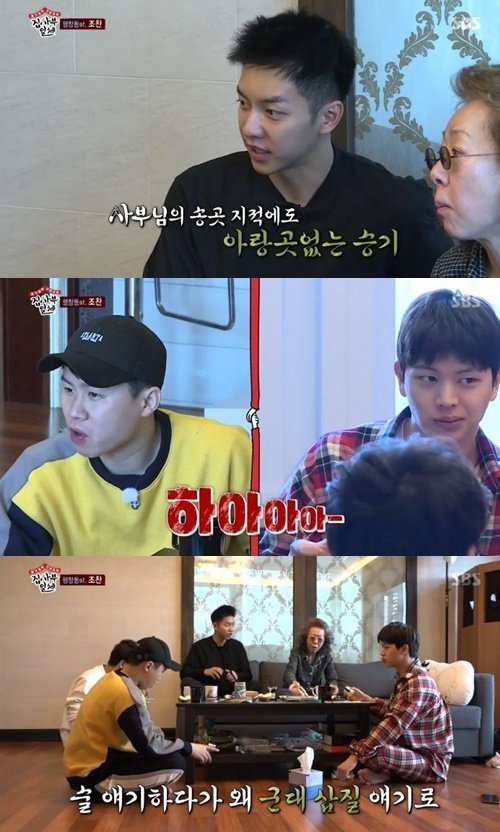 Yoon Yeo Jung pointed out that he talks about the military as a base for everything, but Lee Seung Gi continued talking undeterred. He happily shared about how soldiers often have to go to places without bathrooms during training. The actor explained that they take shovels and do their business in the mountains. Unlucky soldiers end up making eye contact with others while emptying their bowels.

The others sigh and ignore him, but Lee Seung Gi doesn’t stop. Lee Sang Yoon then asks the others “Has it been 100 days since he’s left?” Yang Se Hyung answers, “He said he would talk about it for three months. He’ll do it until the end of February.” 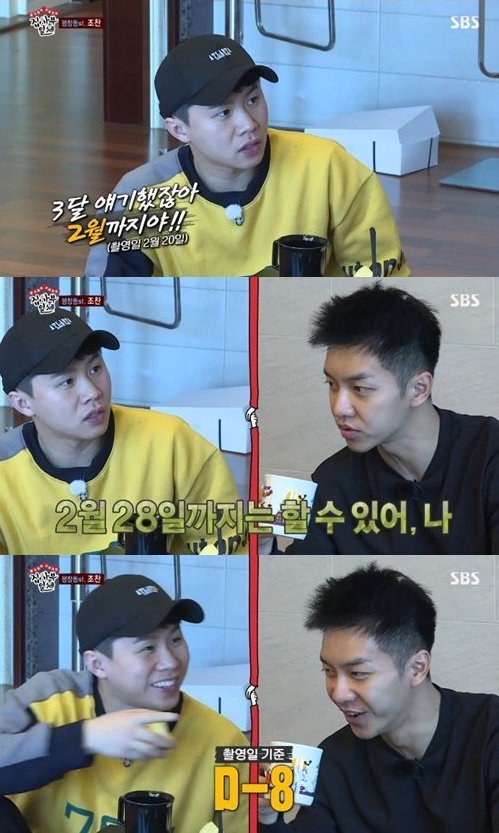 Overhearing their conversation, Lee Seung Gi said, “I can do it until February 28. I still have eight days left. Since I don’t have many days left I feel pressed for time.” After hearing this, everyone laughed at his cute confession.

Watch this episode of “Master in the House” below!