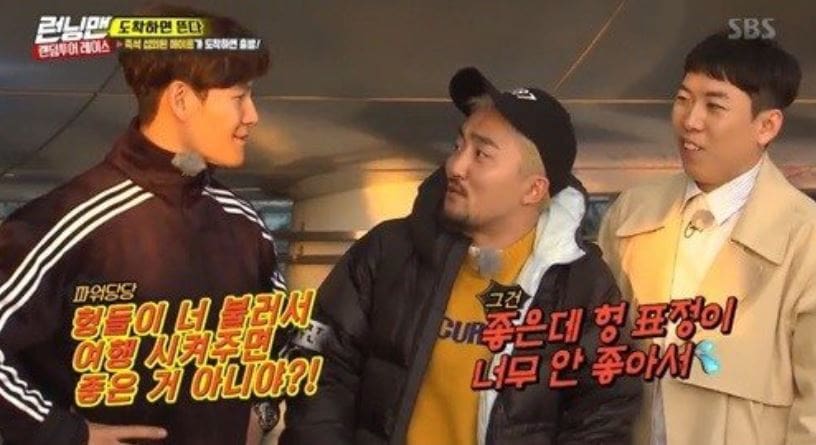 During the episode, Yang Se Chan became teammates with Kim Jong Kook for the global random tour race. Though the two were worried as they had to spontaneously recruit two more people for their team, Kim Jong Kook told Yang Se Chan, “Let’s travel like we’re friends.” Yang Se Chan immediately responded, “Okay Jong Kook, let’s be comfortable,” lowering honorifics and shook his hand, making everyone laugh. Kim Jong Kook jokingly warned him, “I said let’s be like friends, that doesn’t mean we are friends.” 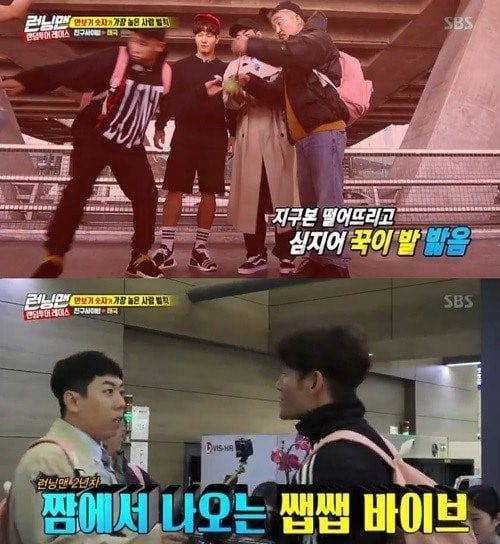 The two then discussed who to call and bring with them, as it was 6 a.m. and they needed two friends to come with them. Yang Se Chan called Yoo Byung Jae and began to convince him by saying, “Have you ever done something wrong to Kim Jong Kook? I think you have to come here.” Yoo Byung Jae was quite confused and protested that he had only met Kim Jong Kook once, when he had appeared on “Running Man.” Yang Se Chan then told Yoo Byung Jae, “We’re here at Incheon airport, so bring your passport and fix things with Kim Jong Kook.” He was asked why he needed to bring his passport, to which he replied, “He says to bring it in case you try to run away abroad.” Yoo Byung Jae then hilariously commented, “His personality is a bit weird.” 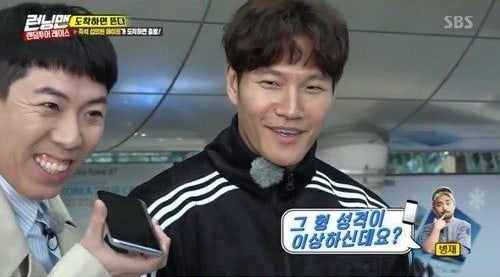 Yoo Byung Jae then actually arrived at the airport. The second they saw him, Kim Jong Kook asked him for his passport, to which Yoo Byung Jae confusedly asked why he was angry. Shorry also arrived, and as soon as he saw Kim Jong Kook, he knelt in front of him. The four ended up on a flight to Bangkok. 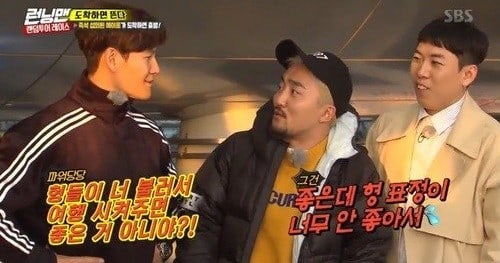 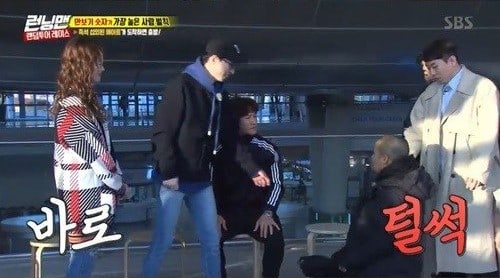 The three teammates then began their inside competition to get on Kim Jong Kook’s good side. Shorry was given the seat next to him on the plane, and without thinking asked if he could change seats with someone. Kim Jong Kook glared at him, but Yang Se Chan stepped in and said, “If you can switch, switch with me. I want to sit next to Kim Jong Kook.”