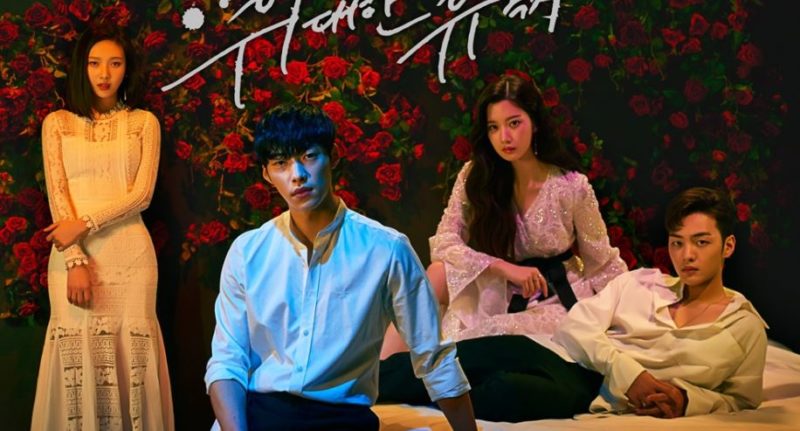 On the main poster, overlaying a background of roses, are the four main leads Red Velvet’s Joy, Woo Do Hwan, Moon Ga Young, and Kim Min Jae. All four stare mysteriously into the camera, while posing as their characters. Joy stands off from the others and leans back, expressing her character’s dislike in engaging in love, while Woo Do Hwan sits in the front with a lonely blue spotlight, portraying his cold heart. Moon Ga Young sits behind the others but leans forward suggestively, befitting her role as the catalyst that started their game. Kim Min Jae leans back comfortably on the bed, ready to watch the game unfold, and perhaps even join. 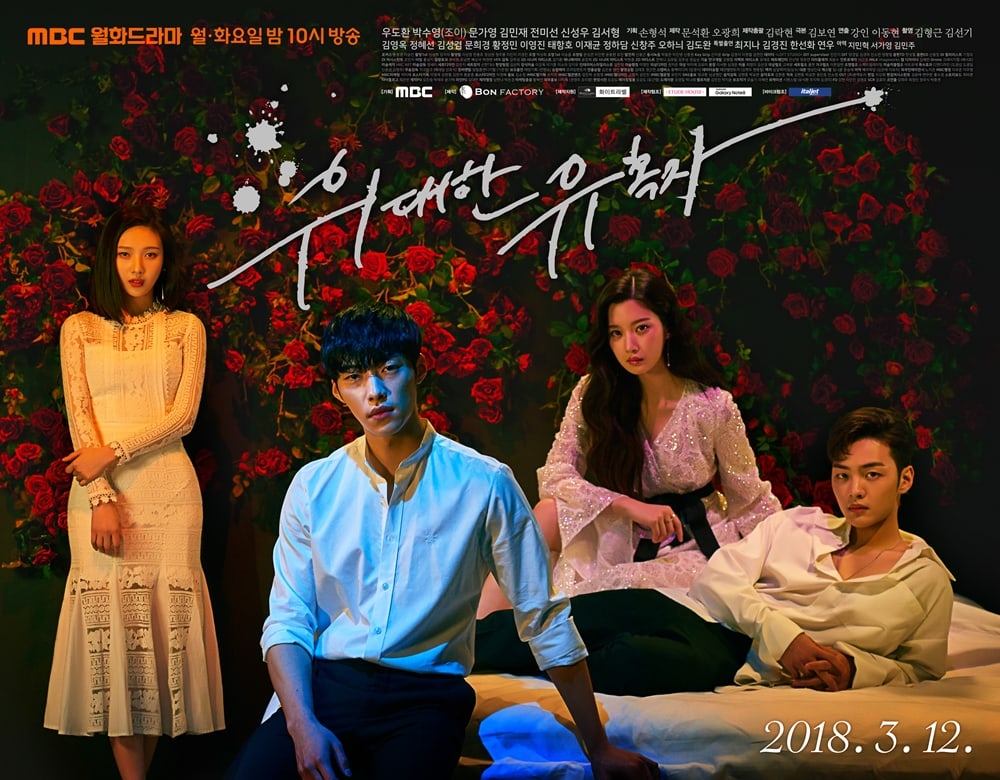 “Tempted” is based on the French novel, “Dangerous Liaisons,” and follows four college students who play a dangerous game of seduction and love. The handsome and charming college student Kwon Si Hyun (played by Woo Do Hwan) is the “tempter” as he seduces his “target,” freshman Eun Tae Hee (played by Joy) who thinks love is for fools.

“Tempted” will premiere on March 12.