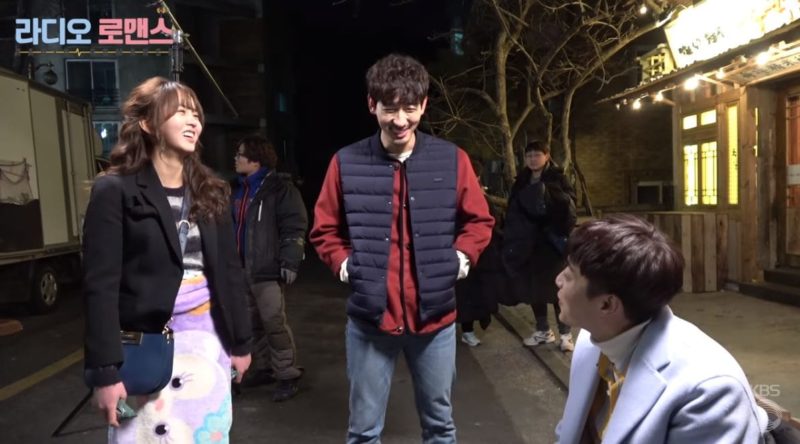 The cast of “Radio Romance” are a cheerful, friendly bunch behind-the-scenes.

“Radio Romance” follows the story of a cold, prickly DJ Ji Soo Ho (played by Highlight’s Yoon Doojoon) and radio scriptwriter Song Geu Rim (played by Kim So Hyun), and their romance as they work together and fall in love.

The making video follows the cast as they filmed scenes for episodes 9 and 10. The first scene they film is one where the radio department staff all go out to dinner and drinks. The night takes a fun turn when the cast start playing drinking games. Per the script, Yoon Doojoon keeps losing and has to drink. However, Kim So Hyun is unfamiliar with the drinking games, and so the cast patiently teaches her while on stand-by. They also tease her whenever she makes a mistake, jokingly crying and saying, “She’s been acting for so long, she doesn’t know how to do these types of things.” 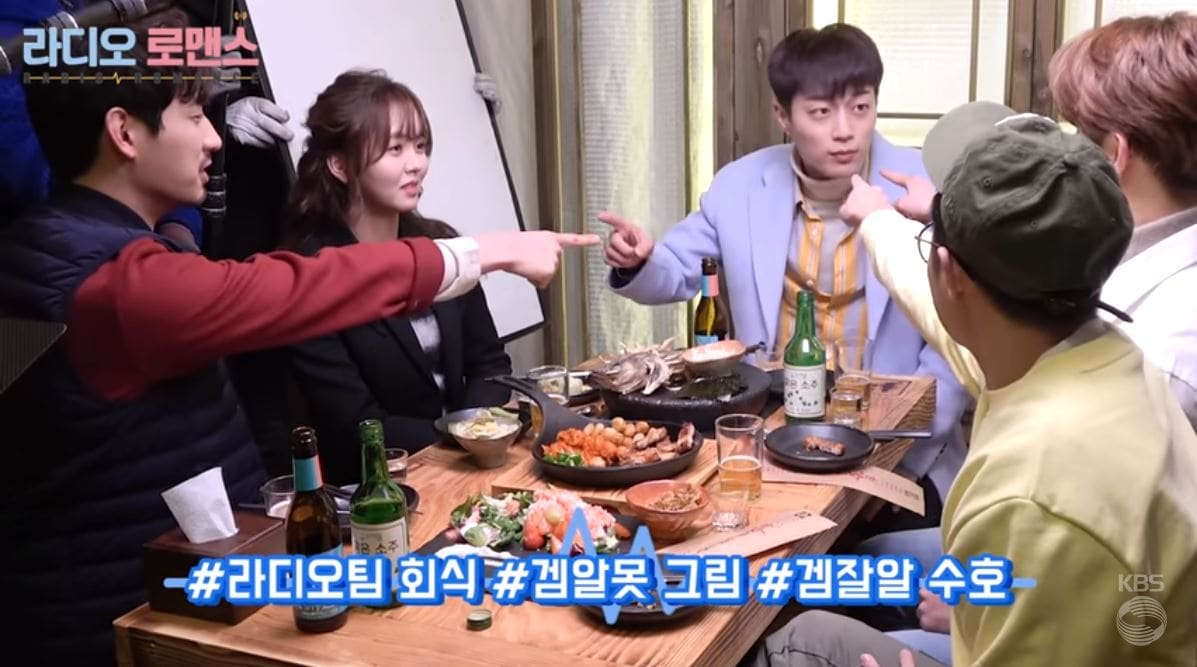 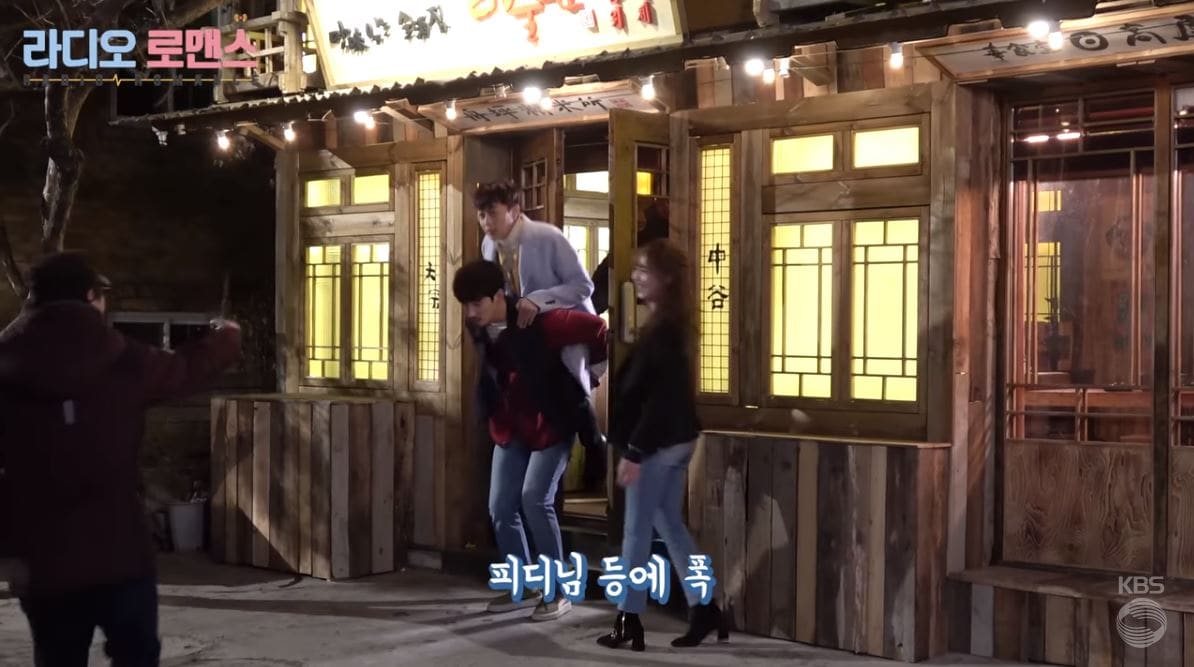 Yoon Doojoon and Kim So Hyun then have some scenes together, as they film the two eating ramen together. They struggle and laugh over not only the cheesy lines, but also the cold, stiff ramen which had been sitting out for quite a while. Yoon Doojoon tries to eat the ramen as deliciously as possible, and jokingly gets angry at the director when he doesn’t end the scene. Yoon Doojoon also motions to Kim So Hyun to eat the cold ramen, to which she playfully kicks him under the table. 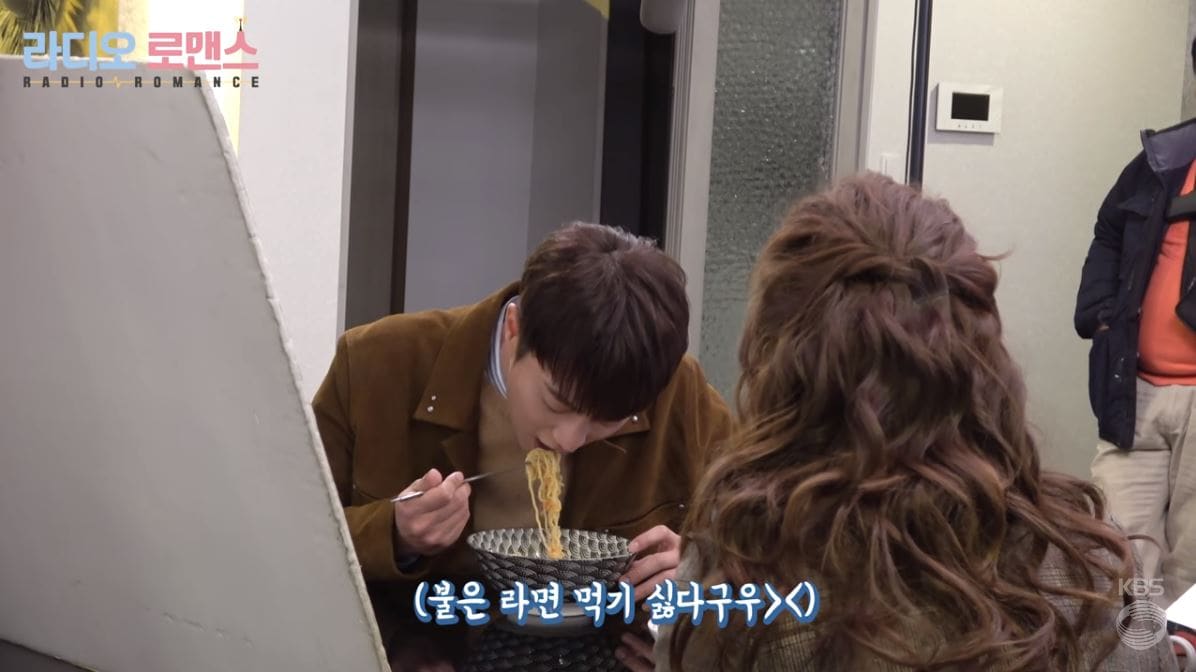 The two then film their first kiss scene together. They film a few takes, and after every time the director yells cut, they awkwardly avoid eye contact and are quiet. However, Yoon Doojoon never stops taking care of Kim So Hyun as he brushes her hair out of her face, and even squats a bit during a part of the scene when the camera can’t see Kim So Hyun’s face because he’s too tall. 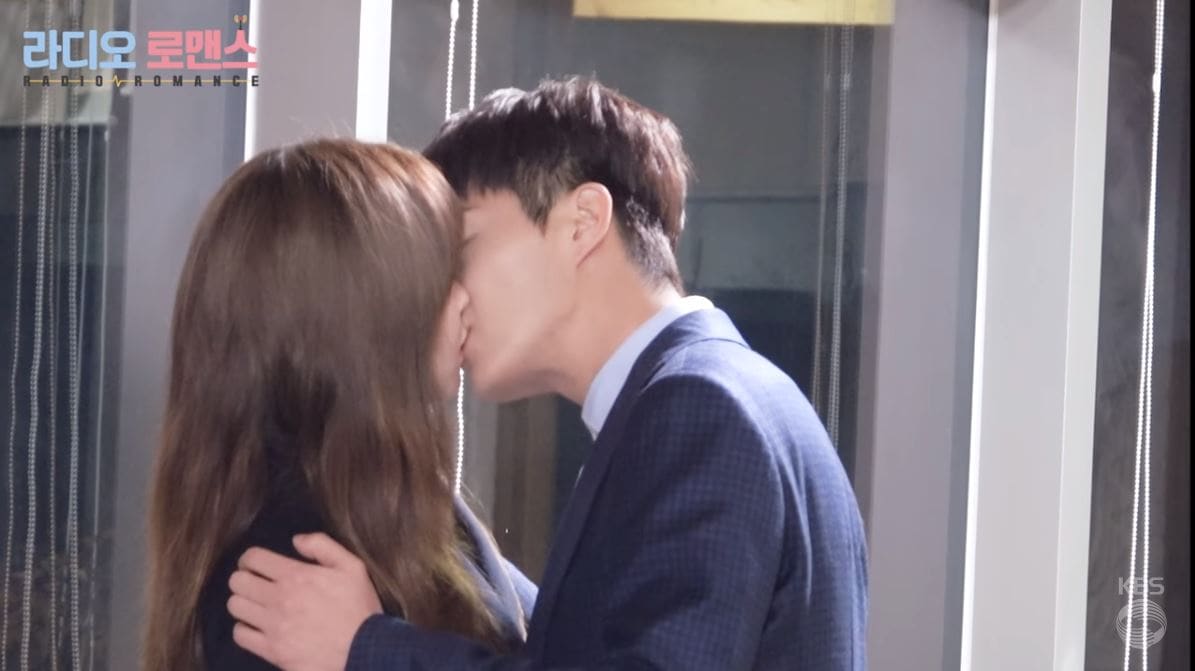